Trading with another Mets fan 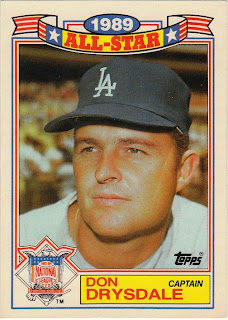 I don't know what's been going on with blogger the last couple of days, but clicking on every single card blog to see if they have any new posts is no way to live. Posts don't appear on my reader for five or six hours after they are posted. And I can see by everyone's blog rolls that the most recent posts are six hours old.

So, I want the record to show that I posted this in the wee hours of the morning. It'll probably pop up on everyone's readers around lunch time, which is ruining the good Night Owl name. Night Owl is supposed to post at night! And while you're here, please take a look at the other recent posts I've done while blogger has been goofing around. Whatever the issue is, let's get it fixed!

On to another topic. I trade with a shocking number of Mets fans. I've mentioned that before. There are a lot of Indians bloggers, Red Sox bloggers, Royals bloggers. But Mets bloggers blow everyone out of the water. Somehow, and I don't know how, I have been able to find Mets for everyone. It isn't easy. I'm on an eternal quest for Mets. I never have enough.

Reader Yarden contacted me about a trade, and when we worked out the details, I found he collected Mets, too. And he lives in Texas (said the Dodger fan who lives in New York). But somehow I've found enough Mets to send off to him (along with a few other cards). They'll be in the mail in the next day or so.

Meanwhile, the cards he sent arrived a few days ago. We're going to take a peek at some of the good stuff: 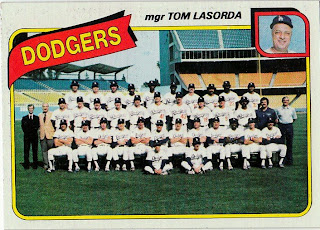 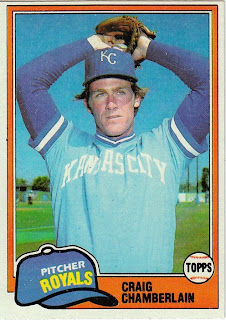 I received a handful of 1981 Topps in my bid to complete that set. I remember getting cards of this guy. Couldn't tell you one thing about him. 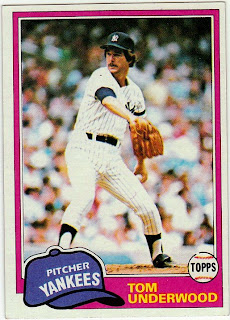 Tom Underwood was one of those guys that I liked for no explainable reason. It had to do with his 1976 card when he was with the Phillies and featuring the rookie cup. A lousy rookie cup logo fueled my hero worship of a mediocre starter/reliever. 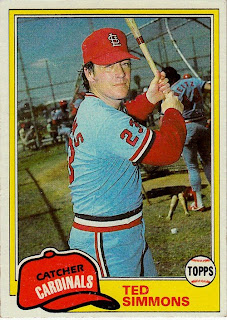 One of the few cards of Simba that I didn't have. I managed to pull his card pretty regularly during my first collecting phase. I never understood the uniform number on the sleeve. What was the purpose of that? 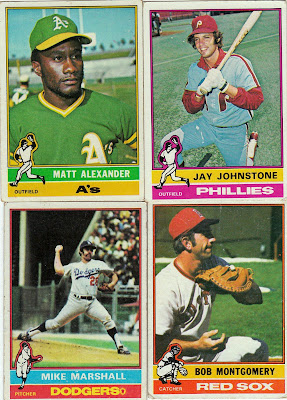 More set-filling needs, this time 1976 Topps. The Mike Marshall card is one of my favorites from the '76 set. I like any Red Sox in a red cap because those were the days when I rooted most vigorously for the team. Back when they were true underdogs. 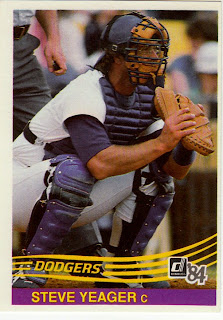 Yarden sent several 1984 Donruss Dodgers, which could be my most favorite part of the package. '84 Donruss isn't all that easy to find, especially when you compare it to anything produced by Donruss later in the decade. It's also my favorite early Donruss set. It's in a virtual tie with '85 Donruss. 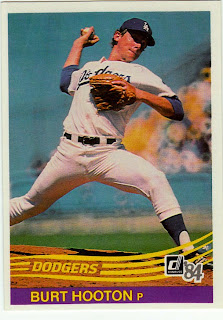 Burt Hooton was a bit underrated, especially by me. I tend to treat the pitchers on my favorite team harshly. I always think they're doing worse than they are. But Hooton put up some consistently good seasons for the Dodgers. And he was the last in the rotation of Sutton-John-Hooton-Rau-Rhoden to stick around. 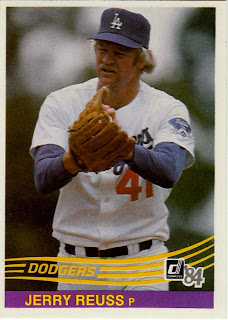 One of my favorite Dodgers of the '80s. Getting his autograph is on my to-do list. I've got the address, have the card picked out, just have to get all this work/home/life nonsense out of the way. 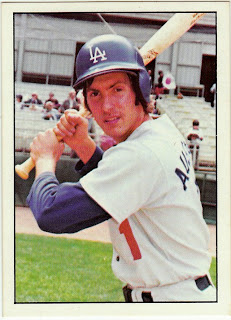 One of the very cool cards in the package. This Rick Auerbach card is from the 1976 SSPC set. The only place I saw this set as a kid was in order-through-the-mail catalogs. I should have ordered it, because it's nice. 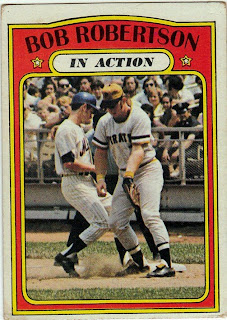 I received a few 1972 Topps throw-in cards from Yarden. We both collect the set and he had some '72 doubles in rough shape that I said I'd take. Some are quite useable like the Robertson "in action" card here. He also sent a Chris Speier "in action" card that I won't show because I'm sure he doesn't want me put it on display. It's in beautifully awful shape. Worthy of praise just because you know it went through some diabolical procedure to get the way it did.
On second thought, maybe I will show it some day. 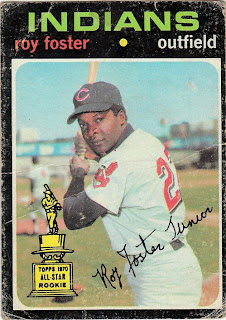 Lastly, another 1971 Topps card for the eternal quest.
And speaking of eternal quests, I hope I find more Mets when I pick up some packs Thursday. It's the least I can do for you guys, whose team got beat by the Dodgers again tonight.