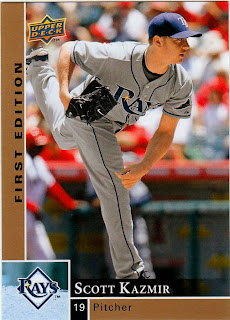 I've never been one to pick up the cheap cards just because they're cheap. I've avoided Opening Day every year that it has been issued (yet, somehow, I still have a bunch in my possession). Same with First Edition/First Pitch.

My philosophy has been: it's a hobby, buy the cards you want to buy. So, I've bought the Heritage, A&G, and chrome packs with barely a thought. Fortunately, I think most high-end cards look like someone sneezed on cardboard, so I haven't bankrupted myself with this philosophy.

But I just don't have the cash that I used to, and for one of the first times in my life I'm looking for bargains. That's why I've gravitated toward First Edition this year and started something I call First Edition Fridays.

This is the second First Edition Friday and to mark the occasion, I bought two other economically responsible packs: 2008 Upper Deck Documentary and 2007 Topps Turkey Red. I have never opened a pack from either of these two sets before, because I don't have interest in completing either one. Plus, Documentary's issues are, er, well-documented, including here. And Turkey Red has never done it for me.

But my father grew up during the Depression and World War II. He talks fondly about eating such fine cuisine as "peas on bread" as his parents tried to make ends meet. So if he can eat peas on bread, I can buy some packs of cheap wax. And unlike mixing peas and bread, cheap wax is actually kind of fun.

So here are the results of 3 packs for under 5 bucks. Prepare to be underwhelmed, but pleasantly so: 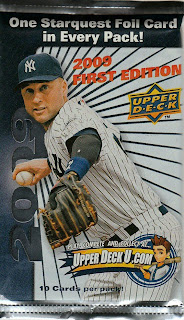 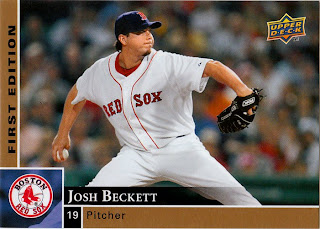 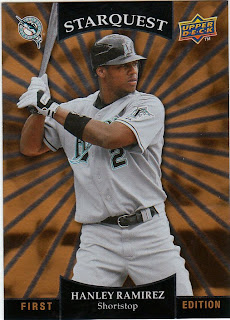 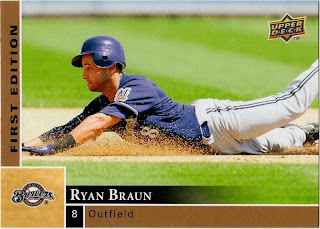 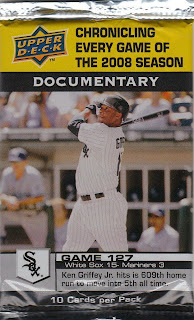 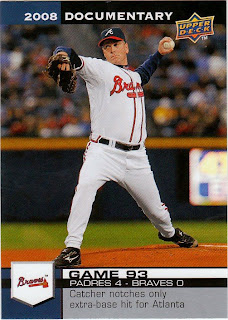 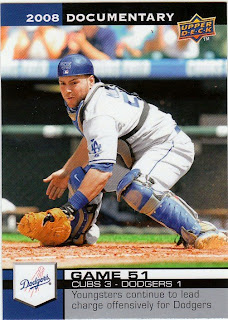 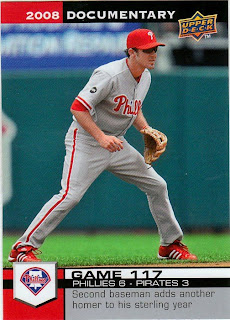 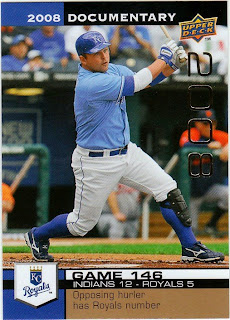 #4390 - Game 146, Royals (photo: you've got me. Documentary is so unhelpful in this area. blurb: Cliff Lee; back: Lee and Jose Guillen)
This is the first time I've seen the 2008 in gold foil on the side. I'm guessing this is a parallel. Whoopie. 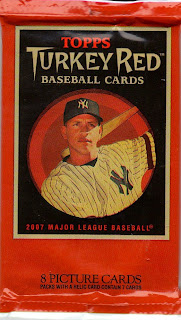 (2007 Topps Turkey Red, $1.59/pack -- found in the markdown bin; 8 cards/pack)
The Turkey Red cards lose something being shrunk down to 2 1/2-by-3 1/2. I saw some of the original cabinet Turkey Reds at the card show last weekend. They were downright beautiful. Here's an example of one from the RSA catalog: 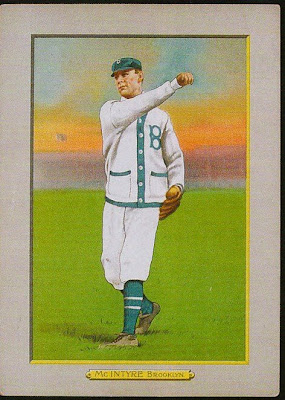 You probably can't tell on the scan here, but full-size these are great works of art. And it did make me respect the current Turkey Red cards a little bit more. This pack really does outclass the previous two packs.
Anyway:
#113 - Randy Johnson, Diamondbacks
#31 - Andrew Miller, Tigers 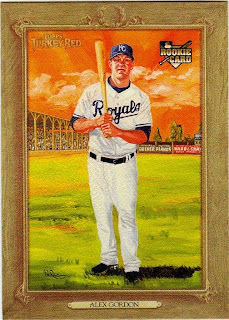 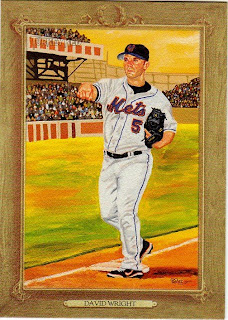 #70 - David Wright, Mets. The Mets appear to be on some barnstorming tour of county fairs. The card looks odd and quaint at the same time.
#51 - Brandon Webb, Diamondbacks
#8 - Johan Santana, Twins, checklist
#153 - Andy LaRoche, Dodgers (alas, I have it) 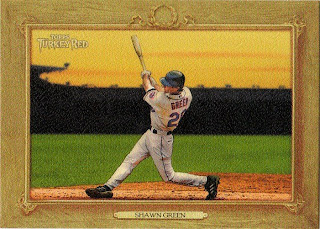 #138 - Shawn Green, Mets. Sheer awesomeness
So, there you are. Even though I have no intention of collecting any of these sets, this was fun anyway. And some of the cards I will be keeping. It's nice to grab some cards and still have a couple bucks left in your pocket.
This is "The Frugal Collector" signing off.