May 03, 2009
Today marks the first day of my five-day furlough. Like hundreds, if not thousands, of businesses across the country, my workplace has mandated furloughs for employees across the board over the next six months.

Ask anyone who has taken one of these things and they'll tell you they don't know how to feel. On one hand, you're away from that daily headache called work. On the other hand, there's no money coming in. In fact, this is the first period in which I have gone without pay since I was between jobs in college.

When I think about it that way, I get depressed. So I'm not gonna think about it that way. I'm focusing totally and solely on the vacation part of it. I have an entire week of being able to do whatever I want (if doing whatever I want doesn't involve spending any money). I already have a list of possibilities, and I'm really starting to feel carefree about the whole matter.

It definitely means more time to devote to the blog, and since I am not weighed down by the daily pressures of work, you will probably see a lot more goofy, wacky posts in the next few days. I hope to have at least one humorous or semi-humorous or just plain silly (depending on your viewpoint, I guess) post a day.

Also, I have another milestone post coming up this week. And there will be a contest involved with that post. So get ready for that.

Meanwhile, to kick off the celebration of "fur-cation," I thought I would examine the many examples of "floating heads" cards that bloggers love to feature on the intertubes. I wish I had a bunch of early '60s cards to really display floating heads in all their glory. But I don't. So I'll have to make do. 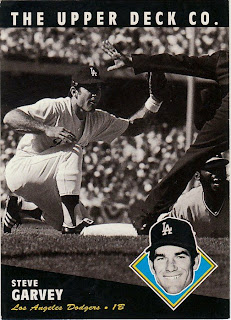 You can be a player. 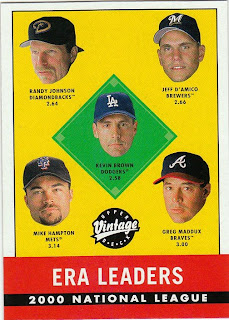 You can be a league leader (wow, Jeff D'Amico fell off the face of the earth. I barely remember the guy, and he was around as recently as 2004). 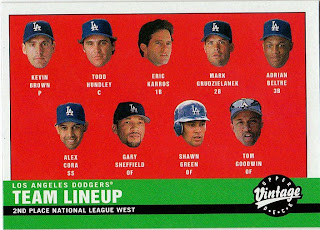 You can be an entire team. 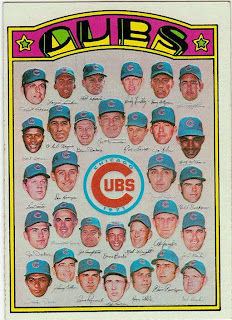 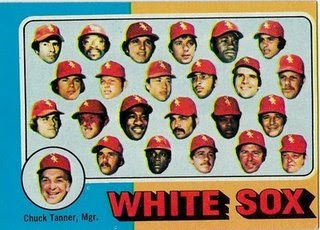 You can be an entire team, including the manager. And you can be from either Chicago franchise. 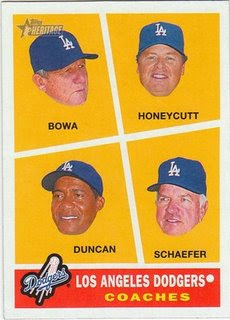 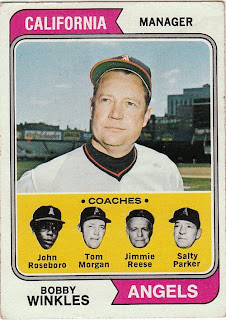 You can be a member of the coaching staff. Even a guy named "Salty" can be a floating head. 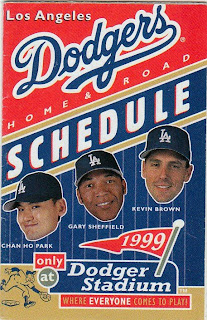 You don't even have to be on a baseball card. You can be a floating head on a pocket schedule. 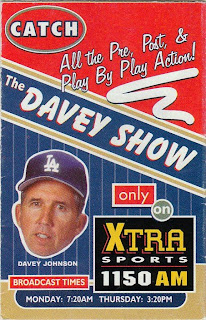 Yes, Davey can be a floating head, too. We won't hold the late 1990s against him.
So there you go. A quick, brainless examination of the wonderful tradition of floating heads on baseball cards.
That will do for now. Except for one thing. You may have noticed that poll on the sidebar. Yes, I am thinking of changing my template. Yes, I plan to respond to whatever gets the most votes. And if my calculations are correct, the most votes say to "Go nuts."
So that's what I will be doing ... going nuts. Within my limited creative skills anyway. I will be doing that beginning with my next post. I hope you like it.

Dubbs said…
Jeff D'Amico. I feel it's like that for so many pitchers, it really hits home when folks send you a box of your teams' cards and you see all the pitchers who you remember, but just barely. There, and then gone.
May 4, 2009 at 12:04 AM

Matt Runyon said…
I liked those Cubs "floating head" team cards from the 70s. Instead of having to use a magnifying glass like on the other team cards, I could actually recognize who was on the Cubs cards.
May 4, 2009 at 9:16 AM

Andy said…
Maybe the weirdest thing about Jeff D'Amico is the fact that there were actually two guys with this name in the majors. This one and this one.

This is another great post, Greg. I think you just might be the most creative baseball card blogger out there, as well as one of the very best writers.
May 4, 2009 at 8:44 PM

night owl said…
Yeah, I stumbled across the other D'Amico when I was looking up info on the Brewers pitcher.

Joe S. said…
These floating head cards are so weird! I have a bunch of them... can't remember what brand or year... that I got in a blaster. So strange, especially when the crop job isn't very clean. They get my attention, though, and that's always the ultimate goal of anything print related! Your site is hilarious.
May 15, 2009 at 1:38 PM