Artistry or too artsy? 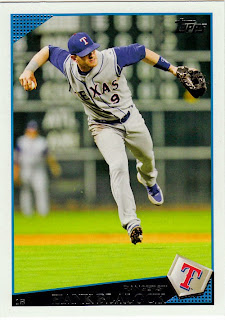 With the arrival of Topps Series 2 and some of the other midseason card releases, there has been a re-examination of the photography in the sets. Several posts, including a couple today, have followed the theme that maybe Topps is trying a bit too hard this year. The cards are "too artsy."

This topic makes me smile, because it is something that I deal with on a regular basis in my job. Every photographer is different and each photographer will shoot according to what they've learned, but also according to their personality. Some provide straightforward sports action shots. Some provide consistently fantastic stuff. Some stray toward the artsy stuff.

Artsy is good sometimes, but in the sports world you're treading a fine line with that kind of shooting. Most sports followers want good, solid action photography, like the Hank Blalock card at the top of the post, which is a great shot. But "artsy" turns off a lot of folks. So sometimes we have to tell the photographer, "No, that's too artsy. What else do you have?"

I think that's what some collectors are saying with the arrival of Series 2. "It's too artsy. What else you got?"

Well, it's too late for a recall, so we just have to live with some of the odd shots. But really, it's in the eye of the beholder. Some people like those photos. So, what I have done is pull 10 cards from the Series 2 packs, which I bought Friday, that could be construed as "artsy." You tell me. Is it "artistry" or "too artsy"? 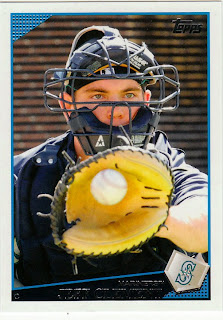 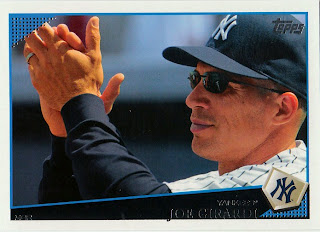 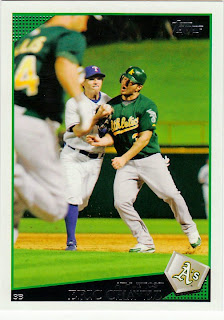 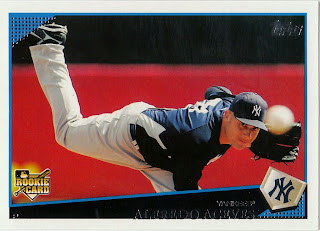 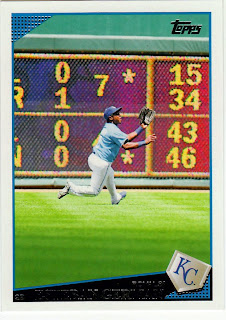 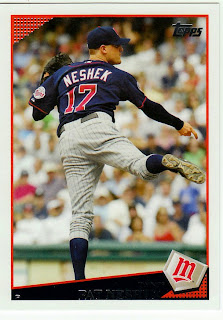 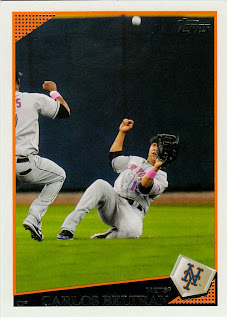 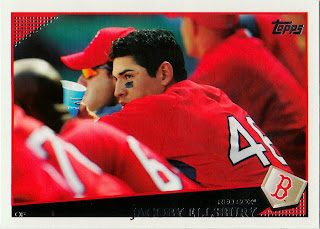 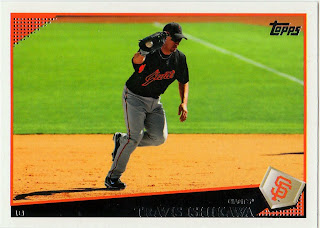 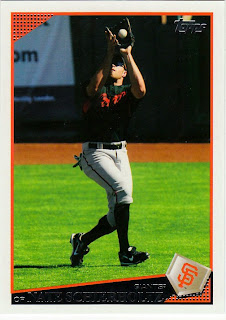 10. Nate Schierholtz, Giants. "Face in the Shadows"
What do I think? Well, the Giants photos suck. The rest I don't mind. Some of the shots are different, but that gives the set character, something to remember. I don't have a problem with people trying too hard. It's a lot better than not trying at all.

capewood said…
I just bought a bunch of Series 2 packs and I was struck by how many really interesting action shots are in the set. I like 'em.
May 23, 2009 at 7:09 PM

Fuji said…
Great post... I think it's like most things in this hobby. Some enjoy it, others don't. If you think about it, how often does everyone agree on something. Some are okay with redemptions... some aren't. There are collectors who like high tech, fancy, shiny cards... other people like the retro look. I'll assume that most people love on-card autos... but I know some of my students love Topps' holographic sticker autos. In this hobby, you're always going to find someone to rave or complain about something. Personally... I agree with you... most of those actions shots are pretty cool... especially the Girardi, Acevez, and German photos.
May 24, 2009 at 12:15 AM

Laurens said…
For as long as I can remember from the late 80s on, Topps has been satisfied to go with the typical hitters hitting and pitchers pitching type of images.

At the end of the day, it is still basic Topps we are talking about and it seems the images are never as 'crisp' as Upper Deck's, but the actual images of their 2009 version of their flagship brand have a unique quality to them that makes UDs cards kind of boring in comparison.
May 24, 2009 at 6:08 AM

skoormit said…
These are all great shots. The Ellsbury in particular has a chance to be an iconic image that collector's identify at a glance years from now. There are several 87 Topps cards that I can identify if you show me just one quarter of the card. Sure, part of that is because I spent about 500 hours busting wax and sorting cards that year, but part of that is also because the shots themselves were so memorable. Sure, in 2009 Topps runs the risk of having so many of these shots that they run together, but if that is what we are complaining about, that this set has too many great shots, I think we might need to consider the possibility that we are impossible to please.
May 24, 2009 at 1:26 PM