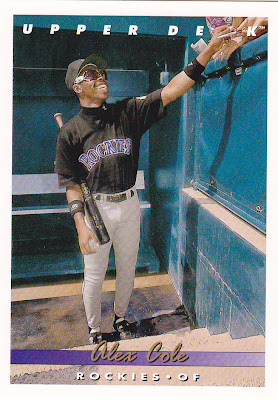 When I look at the 1993 Upper Deck base set, one question almost always comes to mind:

Is this the best executed base set in card history?

For me, it might be. There are other sets that I like better, but in terms of the concept of the set and the devotion to making each individual card stand out on its own, I don't think it can be beat.

I already gushed over how much I like it awhile ago, so we're going to turn the card over and examine the back. 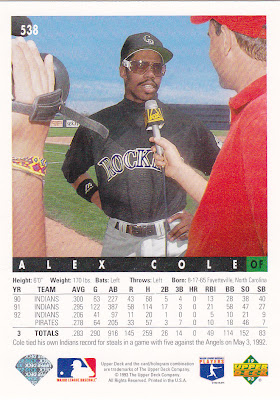 The card back did something that I had never seen before. It placed a second photo on the back, but it provided the canvas that you would normally see on the front of the card. Two-thirds of the card back is photo.

I know Upper Deck put prominent photos on the backs of its cards from 1989-92, too, but the photos were never as large as this. 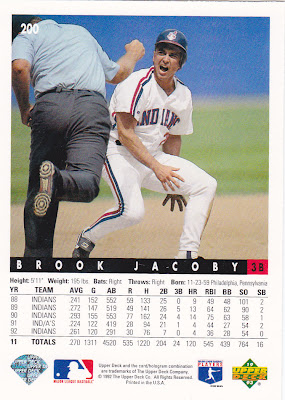 The increased size gave Upper Deck the chance to really display more of its fine photography, not just try to wedge it into a narrow, vertical space like it did previously. 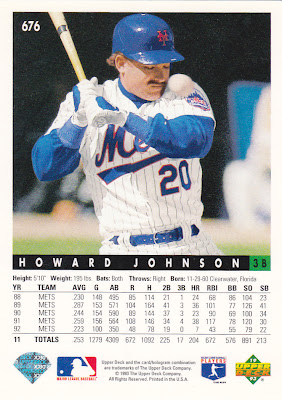 Some of the photos were as good as the photos on the front, although the one on the front of this Howard Johnson card (the rubber bat photo) is pretty good. 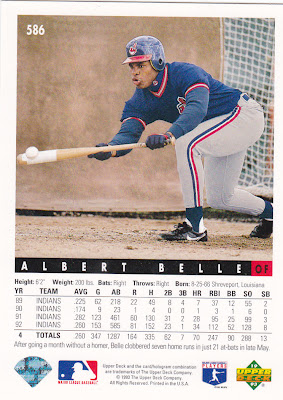 The complaint by old-school collectors is there were, at maximum, five years of stats on the back. But this was nothing new for Upper Deck, and it certainly made that practice work for it better than Donruss did in the '80s. Besides, if you add stats, you lose the giant photo. 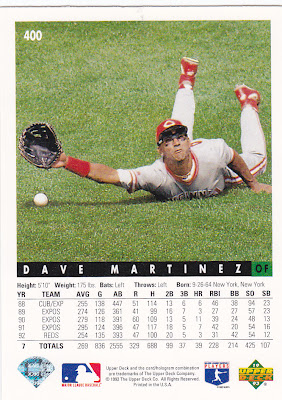 The photo on the back of the card has been done before, and you'll see it again several times in the countdown. But I don't think it's ever been done quite as well -- in a traditional sense -- as it was done with 1993 Upper Deck. 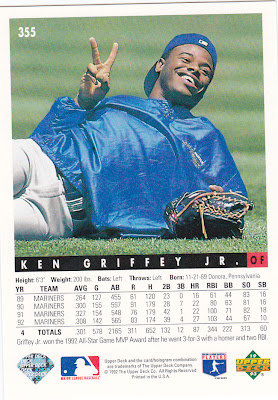 My favorite card back photos in this set are the candid, goofy shots that Upper Deck did so well.

Here are a few others: 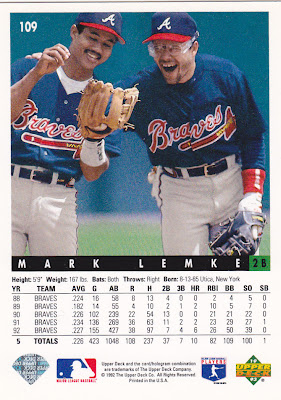 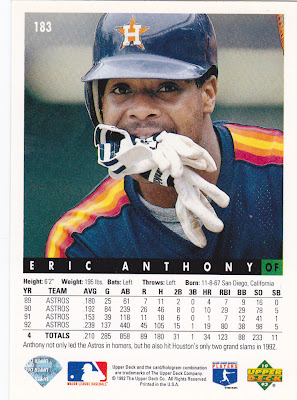 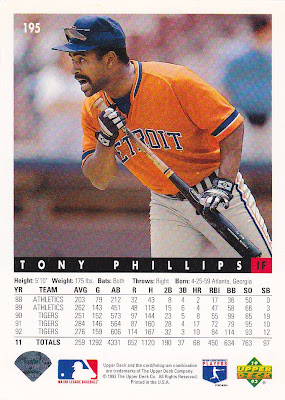 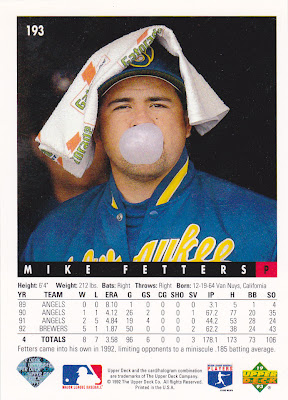 I'll go with the Mickey Morandini card. Here is the front: 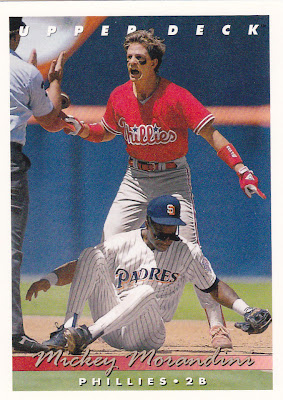 And there is the back: 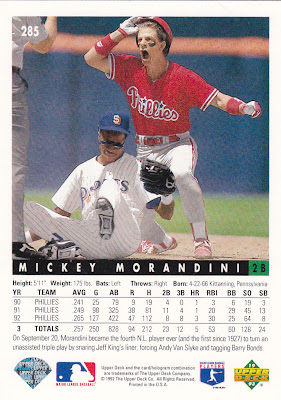 Just a couple of seconds prior. Good stuff.

Tony said…
I believe that is Tony Fernandez that tagged out Mickey Morandini. I agree it's a fabulous set!
February 1, 2011 at 2:30 PM

thosebackpages said…
Fantastic! Thanks for sharing this.
February 1, 2011 at 5:29 PM

Chris Stufflestreet said…
That Brook Jacoby picture looks like he's getting out the way of a punch thrown by the ump.
February 1, 2011 at 11:12 PM