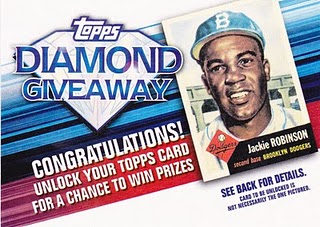 I am still waiting for the last of my Million Card Giveaway shipments to arrive in my mailbox. In the meantime, a new Topps online giveaway is up and humming.

The Diamond Giveaway site is a lot like the MCG site except you earn "digs" for every card you redeem, and those "digs" help you obtain prizes. Don't ask me how, because the "dig feature" doesn't appear to be functioning properly yet. (Topps apparently isn't aware of the concept of a "test run." That's when you work out all the bugs in the system before ... oh, hell, Topps isn't listening anyway).

The Diamond Giveaway appears to have a trade function, too, although that doesn't seem to be operating yet either.

The trade function is the only thing that will make me come back to the Diamond Giveaway site more than, say, twice. I mean, how many people are going to land a diamond ring or a snazzy diamond cut card or a '52 Mantle? Probably only those who figure out how to hack into the site. The rest of us schlubs will get our kicks out of trading for some cards we want. Maybe we'll actually get some of them shipped.

All of the cards that I requested to be shipped in my last MCG giveaway shipment were all cards for which I traded.

Anyway, this is what I got with my first four codes on the Diamond site. 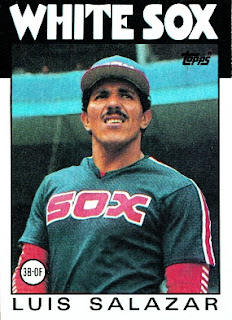 An '86 Luis Salazar. I suppose that's the best a pothead can do. 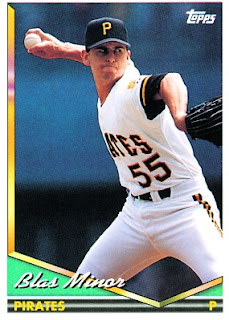 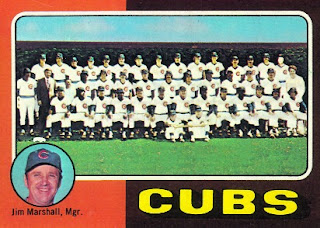 Hey, 1975! All right! This is also only one of two Cubs team cards that is not a collection of floating heads. 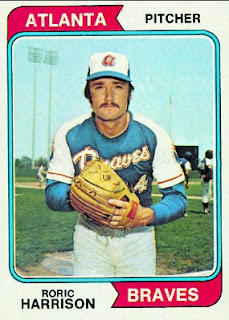 You can always count on Jackie to redeem cards that are worthwhile.

So, those are the cards that I got, and now I have 4 "digs." I've tried to "dig" once, got stuck, and that's where I am at ... frozen in time with a shovel in my hand. I certainly don't have time to check every 15 minutes and see if the "dig feature" is working. And I really hate using the word "dig" in this way. (Why do you think it's always in quotes?)

Meanwhile, the trade feature needs to kick in because I've already completed sets for three of the four cards I've redeemed, and I will not be getting these particular cards shipped.

Play at the Plate said…
Your first four beat my first four. By a long shot. On a more positive note, I've been able to "dig" three times. It's less than amazing though. Maybe it will get better.
February 16, 2011 at 2:10 AM

Community Gum said…
Apparently, someone "dug" the Strasburg diamond-embedded 1/1 on the first day. There are like three layers of irony there. -Andy
February 16, 2011 at 5:42 PM