I just hate it when I forget I won a contest 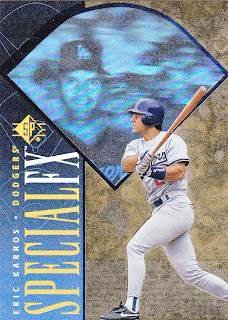 I am pleased to say that I have figured out a way to win card contests again. It was getting a little scary there for awhile. Months and months without receiving free cards. How is one supposed to go on?

But in a short period of time, I've weaseled cards out of four contests. I don't even think I won all four, but I'm still getting cards. That's how the magical, mystical card blog world rolls.

The cards from the first contest winnings have been sitting patiently for some time now. I think I've been avoiding them because I don't want to bring up the ugliness of forgetting who sent the cards. 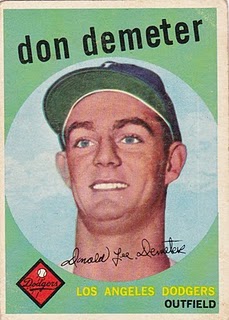 I displayed it on a long post of puzzlement in which I had no idea who sent it.

Well, thankfully, Dan from The Other World alerted me that, duh, he sent the cards, and, duh, they were from a contest he's running, and, duh, you entered the contest, so, duh, you should remember.

But he said it much more nicely.

Dan also mentioned that it's a wee bit difficult to find cards for someone who collects one team so rabidly. But as it turned out, I'm not so rabid (nor do I froth at the mouth), because he found a number of cards I don't have yet.

So let's see the cards that I forgot I won and that Dan could've kept for himself because I never would have known the difference: 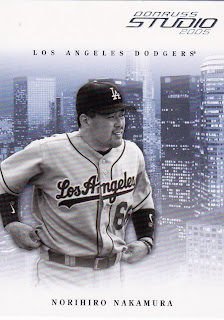 As long as I'm in the forgetful mood, I'll show a card of someone that I always forget was a member of the Dodgers. Nakamura, although appropriately named for a baseball player -- "Nak the Mura out of that ball!" -- played just 17 games in the majors and hit .128. Of course, this was all in 2005, one of the most forgettable years in Dodger history. 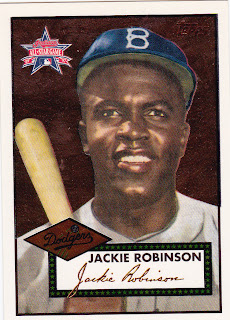 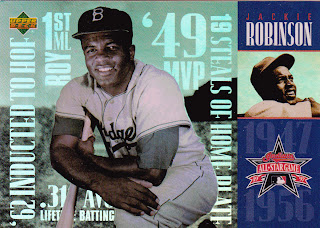 I'll go straight from forgetful to clueless. Here are two Jackie cards that seem to be from some All-Star Game set when the Indians hosted the game on the 50th anniversary of Robinson's first season. Looks like it was a five-card set. A five-card set that mocks me as now I have to find the other three. 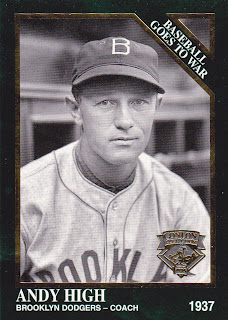 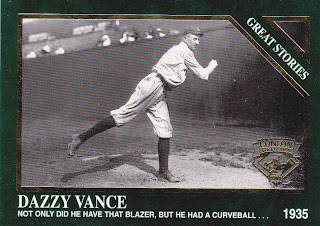 Two great cards from the '93 Conlon Collection. High served in both World Wars and was the Dodgers' starting third baseman during the 1920s. And, of course, Dazzy Vance was one of the hardest throwers ever and the only Hall of Famer named "Dazzy." 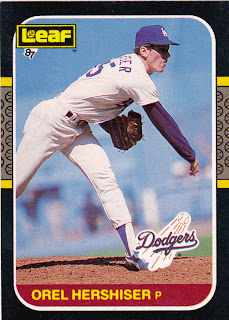 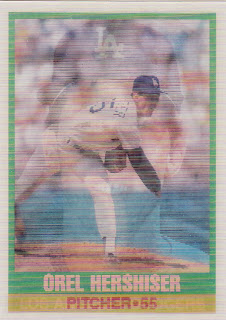 A pair of Hershisers from junk wax land that escaped my clutches. 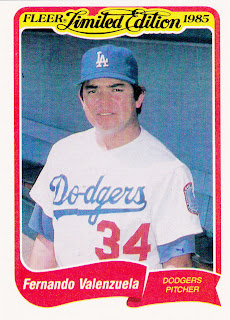 A young and thinnish Fernando Valenzuela. I believe Fernando will be the next player I list on the "Dodgers I Collect" page. 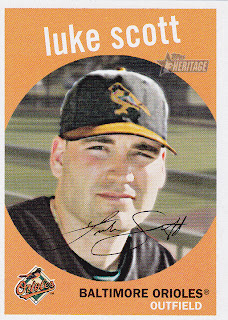 What's this? Yes, I know it's not a Dodger. It's an Oriole who seems to rub people the wrong way. But I'm perfectly happy to get this card because it's an evil shortprint in 2008 Heritage and has been a much-desired card for eons. 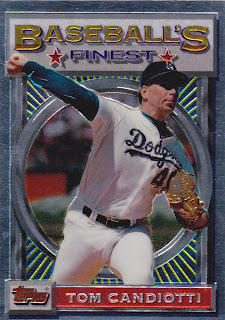 The brief Dodger intermission is over. Here's a beauty from the debut of Finest. I don't see these much. They really must have blown some collectors' minds back in '93. 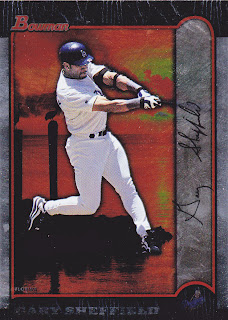 Gary Sheffield swinging in front of a peaceful, oceanside scene at sunset. Sheffield should have looked at few more sunsets during his career. 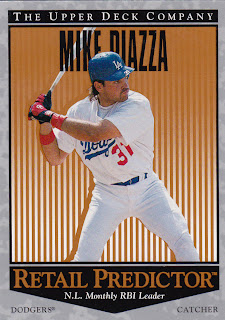 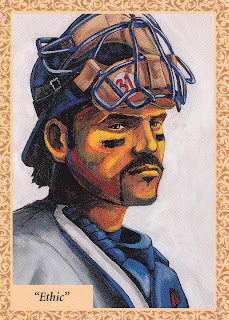 The top Piazza is one of those prediction cards that were so popular in the '90s. If your card correctly predicted the feat listed on the front, you won some super phat, fly '90s cards. At least that's what the kids were saying then.

The bottom one is from the 1998 Fleer Sports Illustrated insert set. It's a nice little painting. "Acrylic on board," it says on the back. A lot better than most of those sketch cards that have popped up the last couple of years. 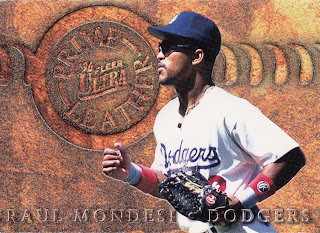 The circle on this 1996 Ultra feels leatherish. This card illustrates how long card companies' fascination with leather has lasted. It's 2011 now. That's 15 years of leather fetish. Maybe it's time to stop, or call up Dr. Drew. 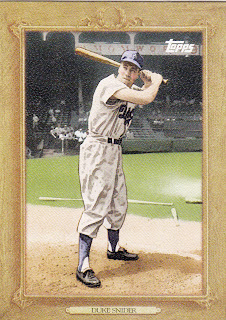 I'm ending with the Duke. Because it's the Duke and you all wish he played for your team (Mets and Giants fans, you didn't get the real Duke. That was an impostor).

Dan, thanks for the contest. Sorry for the forgetfulness. It's kind of a character trait though, so it'll pop up again.

TheBrooklynMet said…
Hey, that Piazza insert card (the painted look one) is awesome! Nice pick up.
February 20, 2011 at 5:18 PM

Justin McLeod said…
You (correctly) credited him as "Dan" at the beginning, but you wrote "Dave" at the end. Thought you might should know.
February 20, 2011 at 6:11 PM