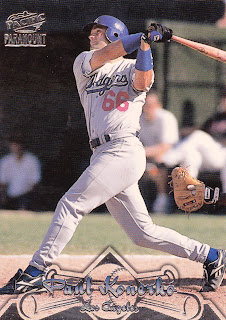 I'm paraphrasing here, but dayf has declared February "If You Don't Like My Trade Post, You Can Stick It" Month.

At last, a mandate to get all my trade posts in order. I can plow through trade post after trade post and everyone will have to read them because that is the thing you DO during IYDLMTPYCSI Month! No guilt. No research. No loud snoring from Thorzul. It's the card blogging equivalent of "Thank You Sir, May I Have Another."

OK, it's not that bad. Nobody's going to be in their underpants.

But I must ask you to sit down, shut up, and enjoy a trade post. As ordered by an arbitrarily named month.

The latest trade post displays the cards delivered by Mark of Mark's Ephemera. These cards were sent before he recently declared that he has an overabundance of kettles. He's OK with that, but I'm glad I have my cards in hand nonetheless. You never know when someone will spill kettle contents on cards.

This was an eclectic package, which is just the way I like them. 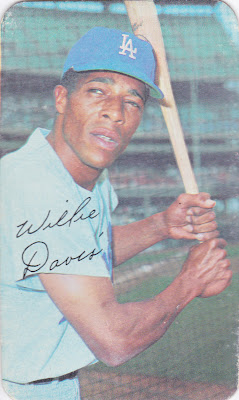 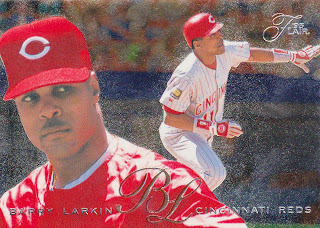 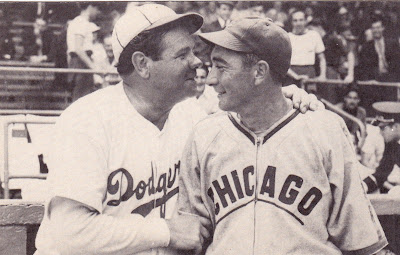 And a postcard, by way of Matthew Glidden from Number 5 Type Collection, that features a 1938 Yankee reunion between Brooklyn Dodgers coach Babe Ruth and Chicago Cubs player Tony Lazzeri. The postcard misspells Lazzeri's name on the back, but that can't take anything away from the greatness of this photo.

As usual, Mark accommodated my shiny habit with a few cards from one of the Finest years of Finest: 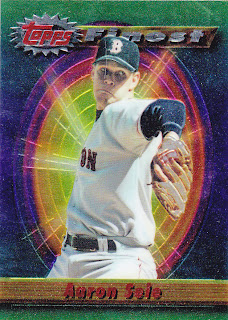 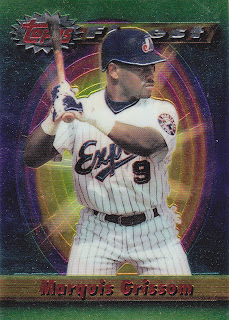 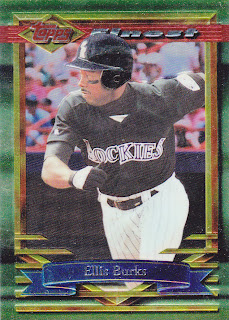 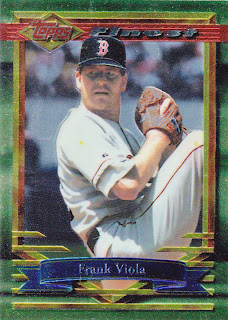 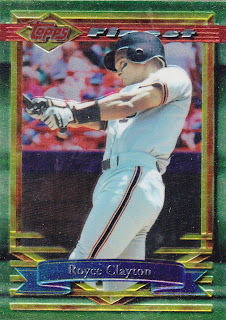 That's not close to all of them, but it gives you an idea of how fantastic 1994 Finest was. Maybe not as good as 2003/04 Finest, which are my favorite years, but definitely up there.

I don't know if I'll get around to naming the Finest sets in the Define the Design segment, but if I do, this one will be the Carnival Midway set. Oh, hell, let's just say I named it. Done. 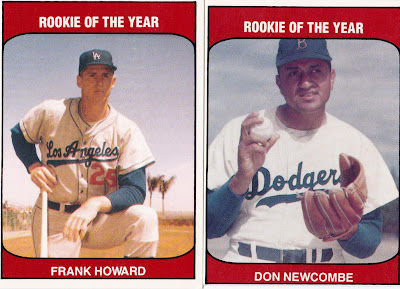 Of course, there must be Dodgers in my card packages (it's kind of a prerequisite), and there were here. I lacked these 1985 TCMA cards, which are weirdly miscut. 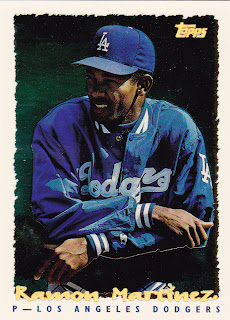 There were several '95 Topps Cyberstats Dodgers, including this one in which the back states that Ramon Martinez would have tied for the lead in shutouts with three if the '94 season was completed. Cyberstats were very specific. 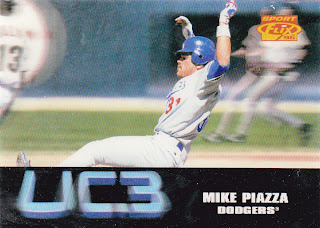 UC3? What does this mean? Is it asking me if I see three players in the photo? Is it some sort of short-hand for Sportflix mid-90s technology? I need a translator when I travel to the 1990s. 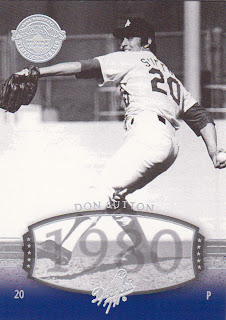 This is a photo of Don Sutton. At first, I thought it was a photo of Charlie Hough, because Sutton did not have hair like that in 1980. He had the curly fro going, meaning this photo is at least from 1974 or earlier. 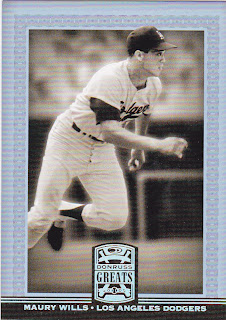 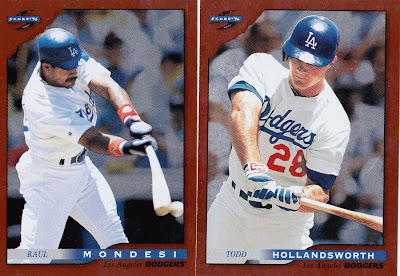 Gold Rush parallel goodies from 1996 Score, which smoothly segues into ... 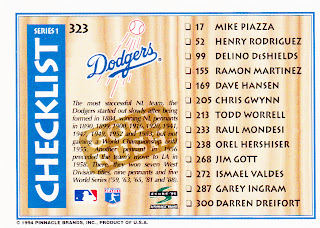 The back just has that Gold Rush stamp on the back.

By all rights, this is a Royals card. Any court of law would tell you that. But Mark thinks I am sad enough to collect it as a Dodger card because of the back of the card.

I have to say I'm somewhat offended ...

... that Mark is 100 percent right about me. In the Dodger binder it goes.

So, there, I've fulfilled my daily duty for the month. But there will be many more trade posts to come, because I wouldn't want to run afoul of the reason that God gave us the month of February. To post trades, people! And that's what I'm gonna do.

Mark, you can expect a package from me, hopefully before IYDLMTPYCSI Month 2012.

Anonymous said…
This is going to be the best month ever. I wonder if this means I can show off all my eBay wins this month without fear of repercussions? IYDLMEWYCSI?
February 8, 2011 at 9:00 PM

Chris Harris said…
UC3 was a one-off product Pinnacle Brands made in 1995. It used their "lenticular" technology to made 3D-like images -- hence the name UC3 (You-See-Three, get it?).

Oh the trade thing? Like you need an excuse to post trades. My flood of posts is slowing to a trickle since I've spent most of this evening trying to figure out why the speakers on my laptop decided to stop working. I might get another post up tomorrow. Maybe.
February 8, 2011 at 11:11 PM

Mark Aubrey said…
You're more than welcome. Thanks for posting some of the cards. I'd really forgotten some of what I'd sent.

I'll have a trade post up in a few days.