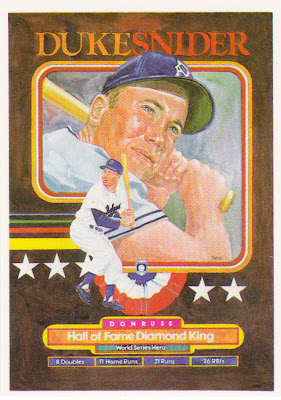 Did you know Bugs Bunny has a connection to the Brooklyn Dodgers? I didn't until I was looking up the origination of the nickname "Duke of Flatbush."

Flatbush is a neighborhood in Brooklyn, mostly populated by African-Americans and West-Indians now, but during the times of the Brooklyn Dodgers was the residence of Italian, Irish and Jewish Americans. People who lived in Flatbush rooted for the Dodgers, naturally.

Bugs Bunny featured a Flatbush accent, according to the original voice of Bugs, Mel Blanc. Also, according to Bugs' biography, he was born under Ebbets Field. 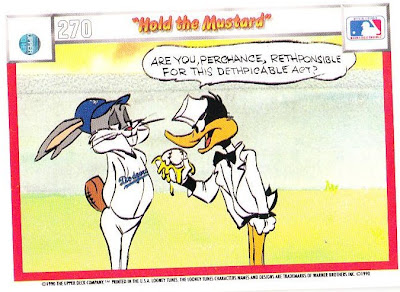 ... makes perfect sense. Bugs is a Dodger, and ain't he a stinker?

But the reason I went off on this cartoon tangent is because Shane of Off the Wall sent me the Snider card from the 1984 Donruss set. It's a former Nebulous 9 need, and I was beginning to wonder if it was rare, since it sat there on the list for so long.

It turns out it's not so rare, because Shane sent me more than one version of the card.

That's perfect, because I need one for my Dodger collection and one for the 1984 Donruss binder. That Shane. He's so thoughtful.

And he didn't stop there. 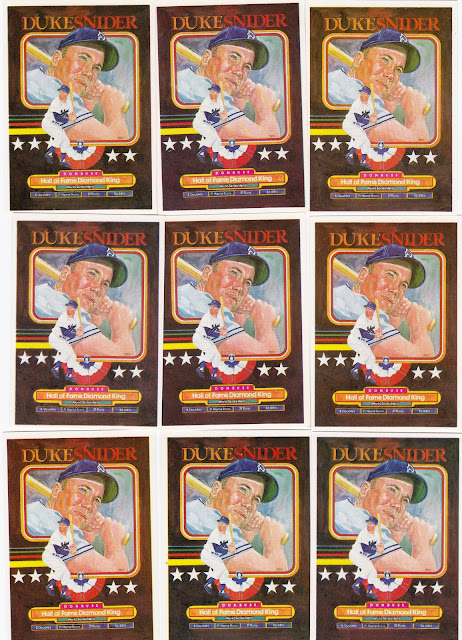 He sent me seven more for my friends!

This card was the puzzle in the '84 Donruss set. I don't have all the pieces for this puzzle yet, but with the uncut sheets I just received, I'm not in any hurry to create something else to occupy wall space I don't have. 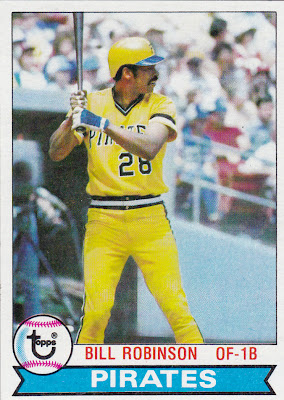 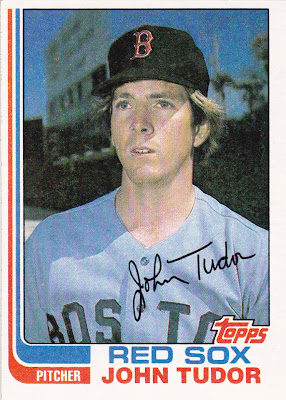 Two cards that saved me shipping charges. Each of these were in my Million Card Giveaway portfolio, and thanks to the cards Shane sent, that's exactly where they'll stay until Topps' snatches them away for Diamond Card Giveaway leftovers. 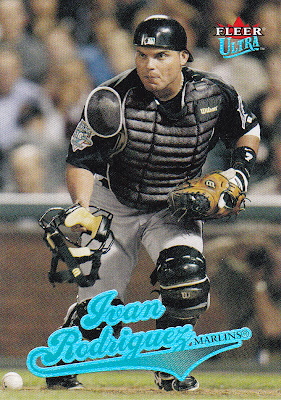 Three or four night cards (one is up for debate). Here is one of them, of I-Rod staring down the runner. I'm saving the others for night card posts. 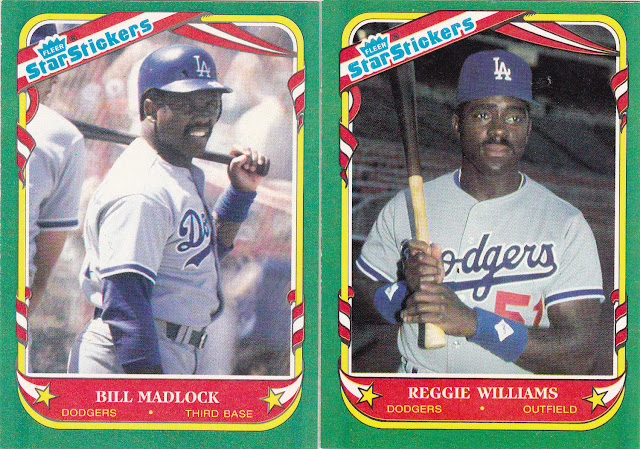 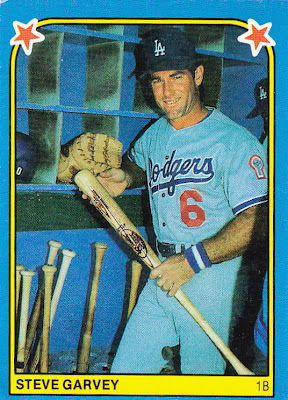 1980s stickers! I will reserve comment on Popeye's stance. 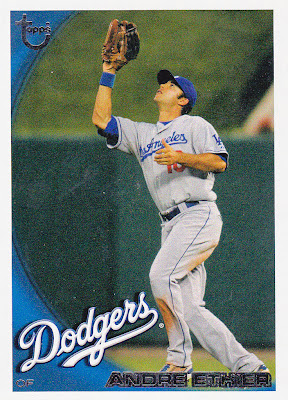 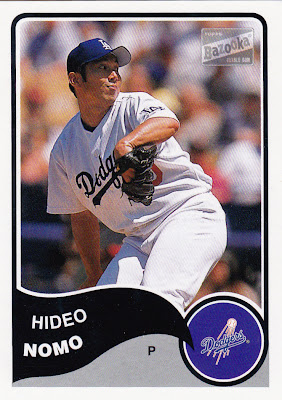 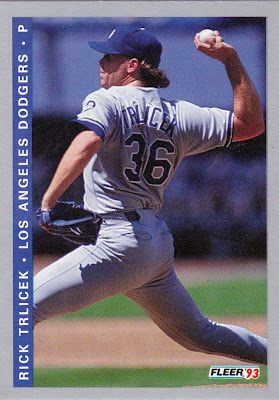 And, of course, some plain regular Dodgers that I needed.

Great stuff, Shane, and you'll be happy to know I braved the snowstorm and sent out some packages today. (Unfortunately, the storm did cut down on me sending all of them. But that's what Monday is for).

Scott Crawford said…
I hope I'm your friend. Even if not, I'd be happy to trade for a Duke. I was just going through my puzzle pieces yesterday. At some point, I need to find someone else who has a bunch of doubles and see if I can complete the other ones I'm close to finishing (Duke, Gehrig, Musial and Clemente; I finished a Stargell and an Aaron yesterday). Maybe even do an all-puzzle piece trade.
February 25, 2011 at 8:26 PM

LoCoDe said…
I wonder if Bill Robinson enjoyed being an electric banana?
February 26, 2011 at 4:01 AM

ShaneK said…
Greg-
I could have sent you at least another six of those Snider cards. They were at the bottom of each cello wrapped stack in my '84 Donruss Factory Set. If anyone else wants one, shoot me an email. Glad you liked the cards, thanks again!
February 26, 2011 at 9:52 PM