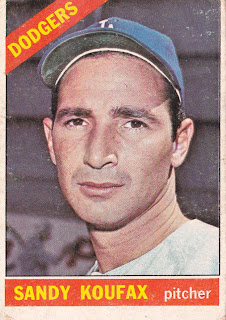 I don't blame him, really. After Topps reached its 1960s peak with the '65 set, the following year was quite a drop-off in terms of design. A single name/position strip across the bottom, another strip for the team positioned diagonally along the left corner. That's all Topps was going to give you. It doesn't offer much.

The card back is a little better. Here is the back of Koufax's final solo card in all of its miscut glory: 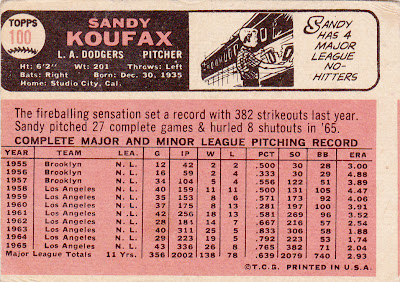 I know what you're saying: MORE PINK!

I guess you're right. But I always thought of the '66 card backgrounds as being red. (yes, I've just opened myself up for another round of "is it red" or "is it pink" comments). 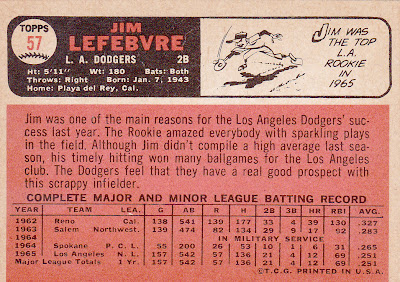 That card back looks a little more red. Or if you want to get technical, in an aquatic sort of way, we can call it "salmon-colored." 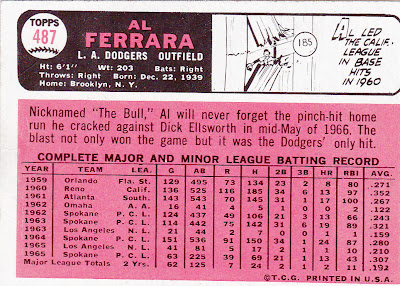 But that DEFINITELY looks pink. Apparently Topps had color-tinting issues in the '60s. 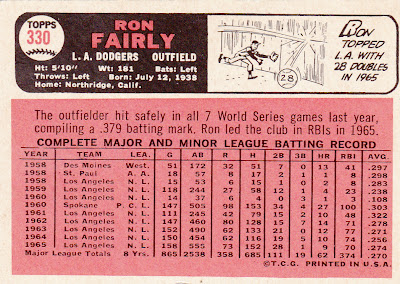 But the reason I always liked the '66 card backs is because of the red-and-black (or pink-and-black) combination. The vital statistics area, with the name in bold red (or pink) on the back background, looks very cool. In terms of 1960s Topps backs, it's probably the most bad-ass cool card back of the decade. Red and black seems to have that effect.

But it's not necessarily the best '60s card back, as you'll soon see in the countdown. 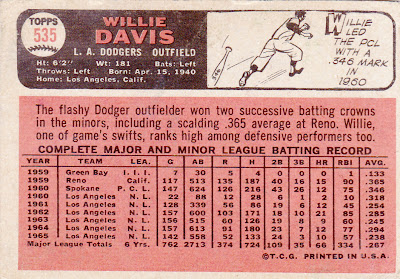 The 1966 card back wins points for producing a cartoon with just about all of the player cards in the set. I could have missed a player or two, but it seems like in 1965 no one in baseball had been around for more than 15 years (careers were shorter then), so Topps didn't have to run a ton of stats that forced out the cartoon. 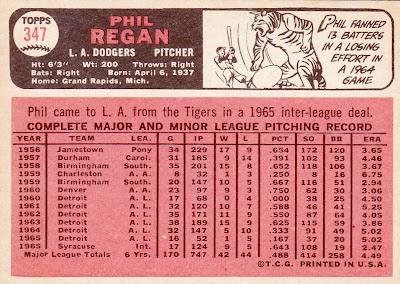 The cartoons are a little inconsistent for me. Some are quite awesome, like this one. But many others are rather mundane. 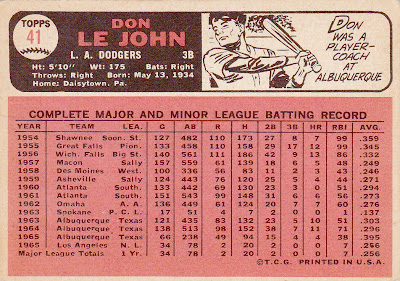 Some drawings just don't make sense with the write-up.

As far as overall "look" of the card back, this is probably my second-favorite of the '60s. It may not have some of the elements of some of the other '60s card backs that I'll show later, but it's definitely got the cool factor down.

The front of the '66 set bores me, so I just have Dodgers in my collection. No best of the set for this post.