While I sit in a darkened theater ... 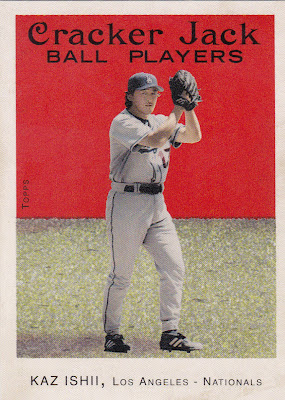 It's Christmas concert time, which means I don't have much time for anything this evening. You'd think we were in the midst of a Broadway production.

So, while I'm sitting in the dark, probably trying to stay awake, enjoy a quick run through of cards I received from Robert at $30-a-Week Habit. 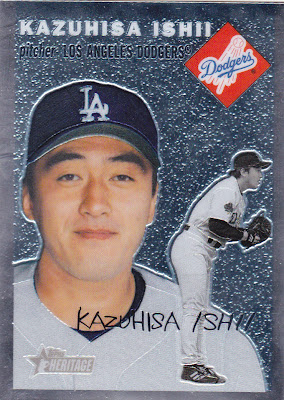 This is a serial-numbered card that I managed to tear away from Robert's Serial-Numbered Insanity blog. It's card #1351. If that turns out to be the last number that he needs to complete his insane set, I won't feel guilty at all. ... OK, I'll be wracked with guilt. But you'll have to pry the card from my cold, dead hands. 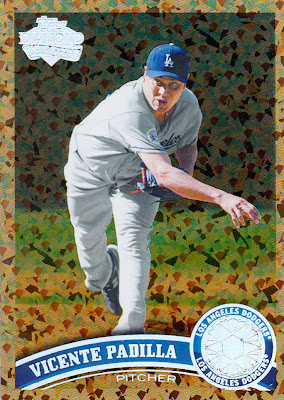 I received this Padilla liquorfractor from two different people on the same day. So I have one available. I know, very exciting. Try not to start hyperventilating. 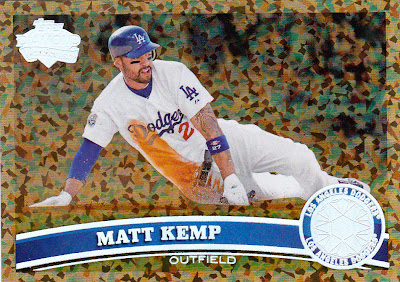 That's more like it. A liquorfractor of the real MVP. In fact, that's Matt Kemp's nickname from now on -- Matt "The Real MVP" Kemp. Kind of catchy, eh? I'm also partial to Matt "People Who Vote Kemp Third Even After Looking At His Numbers For 2011 Are Losers" Kemp. 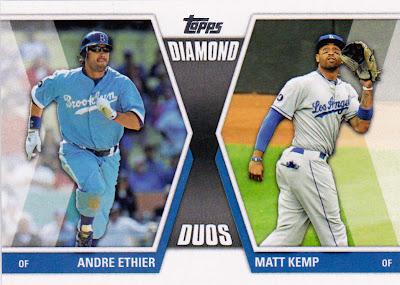 This card means that I need just one more Topps Update Dodger insert. It's a Toppstown card of Kemp.

Let me repeat that: it's a Toppstown card.

I need a Toppstown card.

What has become of me? 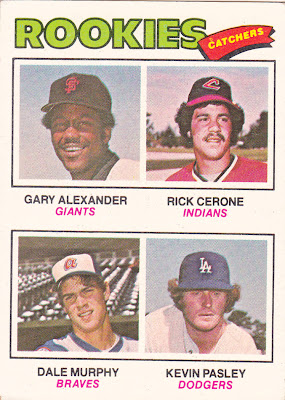 Finally, I requested and received the Kevin Pasley Rookie Card from Robert. If you're wondering why I call it that instead of referencing some other guy I don't care about on this card, then you haven't read an earlier post.

Thank you, Robert for the cards.

Now, if I managed to survive getting out of the building after the concert (people, common sense says you do not congregate and gab in front of the freakin' exit!), you'll see another post from me in the wee hours.

hiflew said…
I have been thinking about collecting a 70s set in 2012 as well. Unfortunately my first two choices (73 and 77) were taken by Crinkly Wrappers and you respectively. Yes, I could still collect them, but I don't want to take away from either of you completing your sets or take away from myself either so I think I will hit either the 1974 set.

Robert said…
Silly me when going through the serial numbered cards last night I realized that I forgot to send you the Koufax...rest assured it will be a part of the next batch I send you...
December 19, 2011 at 10:25 PM

That happens to be my all-time favorite set. Let me introduce you to my other blog: