I haven't gotten any of the sleep that I so desperately wanted 16 hours ago. So I'm not too perky.

Why not wait until I've had sleep to post again?

Because about 15 hours ago I scanned some cards I received from Bo of Baseball Cards Come to Life! I had planned to feature them here after writing up a post at dinner time. But I came home for dinner and realized that somehow in my bleary state I had not saved the cards. They were nowhere to be found.

So I returned to work, came home just now, and now I've scanned the cards again. And before I do a face plant directly into my keyboard, I will now POST THESE CARDS, DAMMIT!!!!!!

In fact, I'm showing them two at a time, in a tribute to my deja vu scanning experience.

OK, not really. I paired them up just to save time so I can get to sleep faster. 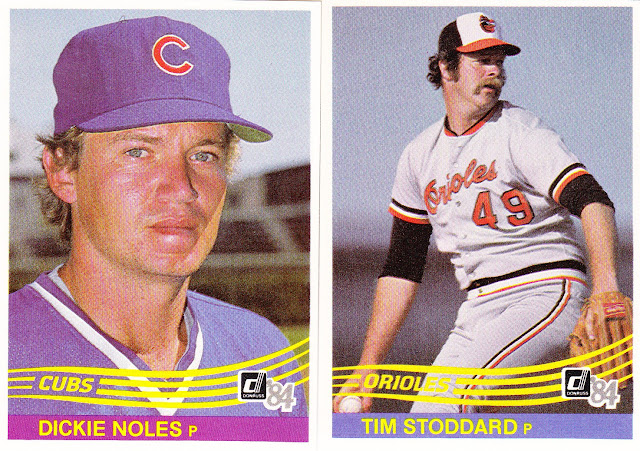 The highlight of this particular trade were cards from the best Donruss set ever, the 1984 set. Still got a little ways to go to complete it, but I have more confidence in finishing off the set than a number of others that I am pursuing (looking directly at you, 2008 Heritage).

As for these two relievers here -- both World Series veterans -- I want you to pay particular notice to the back of Dickie Noles' card. Where it says "career highlights."

That is the sum total of Noles' career highlights according to Donruss, which apparently thought very highly of the five-year major league veteran.

When is a stay on the disabled list EVER a highlight? 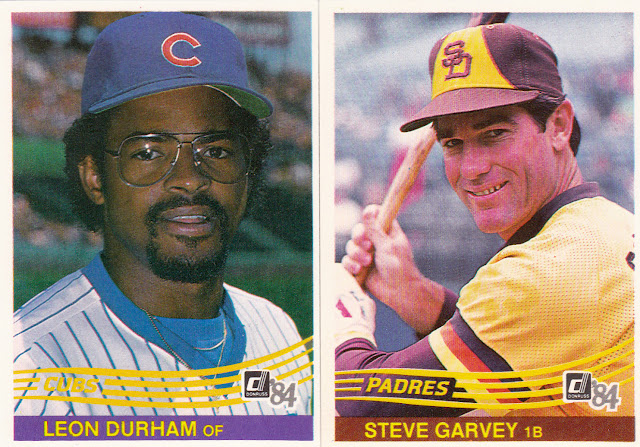 I swear these two cards came out of the package one after another. These two key figures from the 1984 NLCS are causing Cubs fans to curse and Padres fans to smirk at this very moment.

By the way, the Career Highlights for each player mention that each suffered a broken thumb.

Again. Not a career highlight. 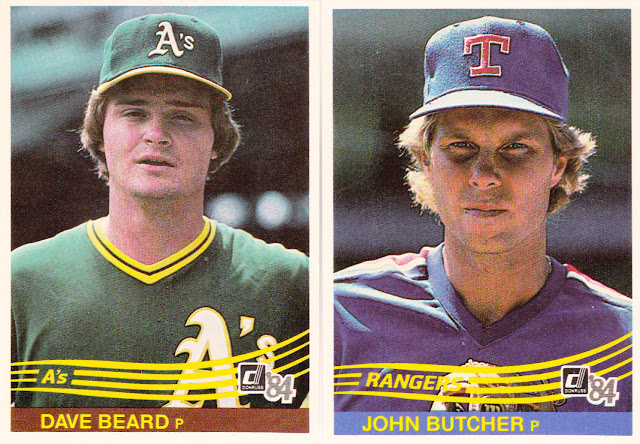 No beard. Not a butcher. 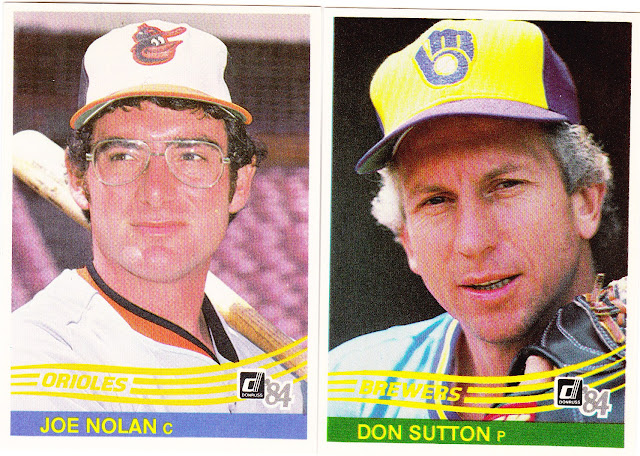 The 1982 American League pennant race was one of the most interesting of my young rooting life. I was rooting for Sutton and the Brewers over the Orioles, so I was happy. But the close-up shot of Sutton would have freaked me out. 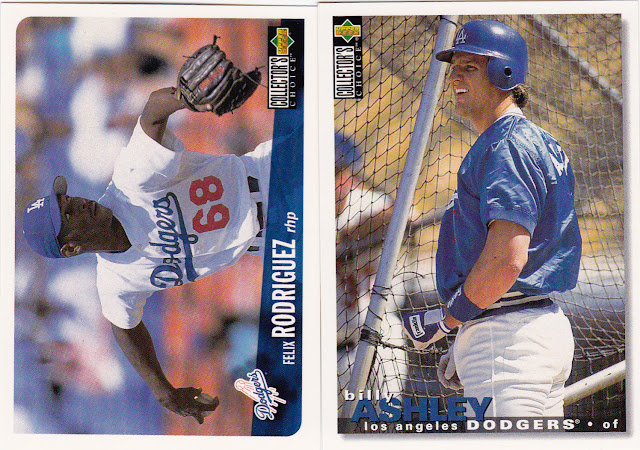 Collector's Choice is one of those "I guess you had to be there" sets. It has no appeal to me whatsoever. I know that makes me stuffy, snobby, shallow and snooty. But it's not that I don't like cheap sets. I just don't like BORING cheap sets. 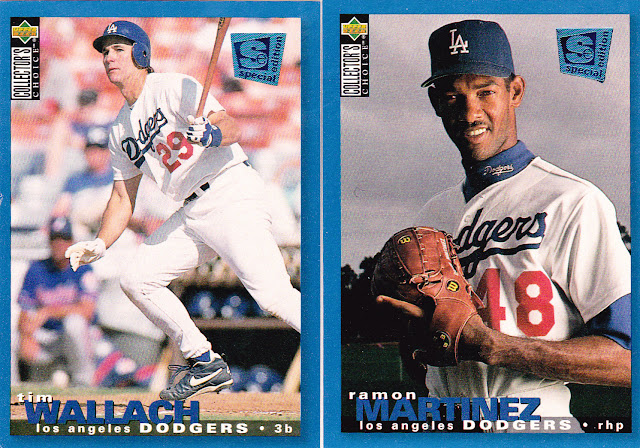 Even the blue border isn't doing much for me. And you know how I love a blue border.

The greatest thing about these cards is that I thought I had them already but I DID NOT!!! 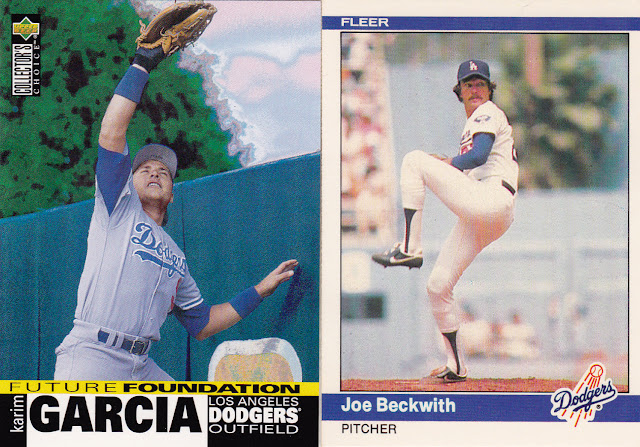 And I've got nothing else.

But at least the post wasn't as short as I thought it'd be.

Sorry I deleted the scans the first time.

Stealing Home said…
way to push on through and finish that shite.
theres something to be said for typing (and scanning?) furiously with a purpose, even if it is 'only' about baseball cards.
December 8, 2011 at 2:06 AM

Wrigley Wax said…
I'm thinking your computer is a Cub fan and really didn't want to see cards of Dickie Noles and that nasty Durham/Garvey combo. If the computer doesn't want the cards, please heed the computer!
December 8, 2011 at 6:25 AM

Bo said…
Glad you enjoyed the cards. Give Collectors Choice another chance thought - it has tons of the great photography UD used to do in the 90's.
December 8, 2011 at 10:17 AM