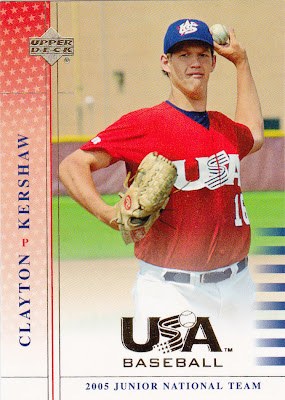 What percentage of collectors do you think are the multiple-case breakers? Ten percent? Five percent? One percent?

I have no idea. But for the sake of this post, I'm going to say one percent. It has to be a small amount. Influential, no doubt, but definitely tiny. Maybe blogging has skewed my perception, but the vast majority of collectors I come across seem to fit into the same category that I do.

We're just ambling through Target hoping to get lucky in the card aisle. We're hitting the card shop or going online, but with a close eye on the budget so we don't piss off a loved one. Every once in awhile, we'll buy a box of something, and more often than not feel guilty about it somewhere along the way.

I can't even fathom busting multiple cases. I'm pretty sure that in my collecting lifetime I will never buy a case. If I ever do, there will have been some epic event that occurred before the case purchase. Like a lottery winning. Or a divorce.

So I am the 99 percent as a collector, too. I buy cards when I can, and hope -- because that's all I have -- that I get something good.

Recently, I turned these cards: 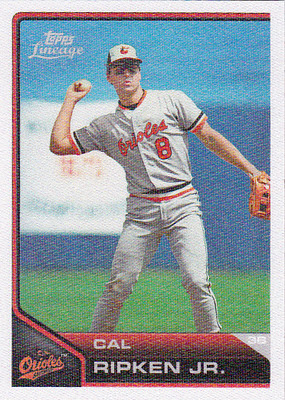 A lucky pull out of Lineage rack pack ... 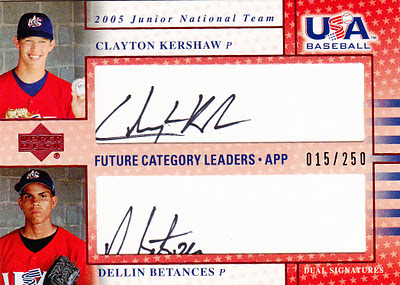 ... and an item I acquired after pulling a Kevin Kouzmanoff autograph card ...

... into some pretty cool items for my collection.

I was willing to send a Kershaw autograph packing because there was a Yankee stuck to it. Greg Z. of Plaschke, Thy Sweater Is Argyle, pounced on the card, and sent me some great stuff in return. 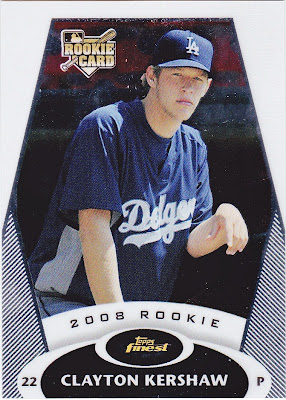 You already saw the Kershaw rookie card at the top of the post. That was one of two tremendous Kershaws from Greg. This is the second one. A Finest rookie redemption card. This pose has been used way too often, but that doesn't diminish the greatness of a shiny Kershaw. 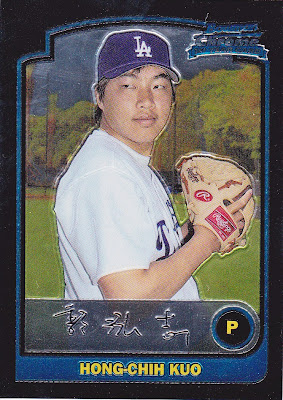 I also received a Bowman Chrome rookie card of Hong-Chih Kuo. I had to think and think about whether I had this card already. It turns out I didn't, but you never know with Bowman. I think its entire mission in the hobby is to confuse the stuffing out of collectors. 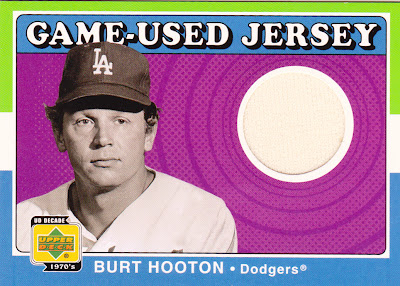 This is awesome, awesome, awesome! Terrific for so many reasons. First, it's from the Upper Deck Decade '70s set, which is one of the greatest retro sets ever (I've only said that about a dozen times).

Second, it's a jersey card of a member of my favorite team when I was a kid. I'd love to get a relic of every key player from that time, if they exist. So far, I have Cey, Lopes, Garvey, Sutton, Baker and Hooton. Bring on Doug Rau!

Thirdly, I have completed a trifecta for Burt Hooton! A Burt Hooton trifecta! Who knew that was even possible? That is crazy good. 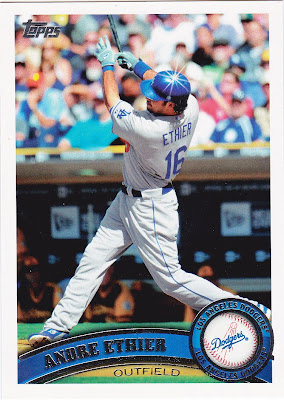 This is my first sparkle variation card. How great of Greg to send it my way. I guess the run on sparkle cards has died out, which I am glad to see as it was a pretty stupid gimmick. But at least I finally ended up with one. I'm always happy to scrape up some crumbs.

Finally, I got one other card from Greg, but I'm afraid it's underwhelming -- to say the least -- to look at: 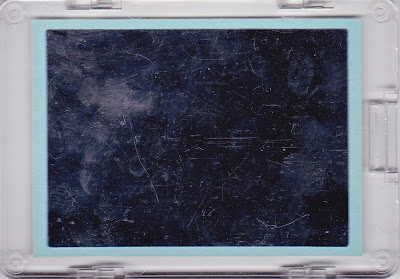 My scanner considers hologram cards as non-entities. I can't take a picture of the card, so I'll just have to link to Greg Z.'s post on it, which was part of a giveaway at Dodger Stadium in 1992.

Even that scan only hints at how great this hologram card is. It is so mind-blowing that it is one of those cards that I handed over to my daughter just so I could see her get a kick out of a baseball card for once.

Great cards all around, Greg!

Now, let's see what I got for the Cal Ripken cloth card.

These cards came from Ryan at "O" No!!! Another Orioles Blog. Some more stuff grooved to my collecting tastes. 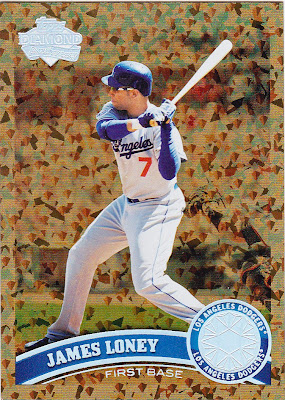 I'll start with a liquorfractor of James Loney. I'll definitely be downing the liquor if he comes up with another 65 RBI season.

I almost can't wait for Christmas to end so I can really get started on my mini quest. Hopefully, by then I'll have at least half the set. 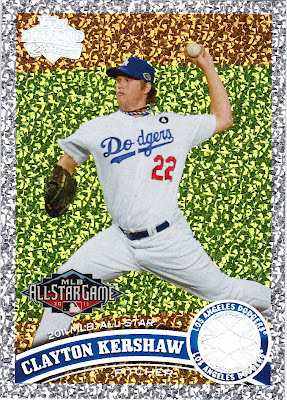 Another sparkly Kershaw. He'll be among my major 2012 collecting goals, too. Don't you run up the price on me now. 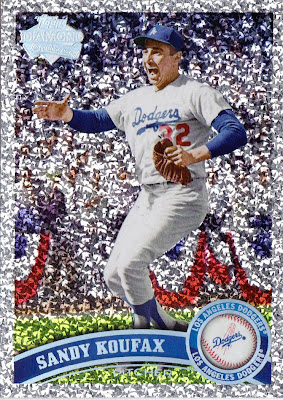 This is the card that got my attention. It's the short-print Sandy from the update set, in diamond parallel form. Koufax looks as happy as I did when I pulled this card from the envelope.

I now have both Koufax diamond parallel short-prints from 2011 Topps, which is way too cool.

And not too bad for a 99-percenter.

Of course, I sent a few other cards the way of Greg and Ryan besides those two key items. But I'm still grateful that I had something to land the goodies I just showed.

It's only because of you guys that I'm not out there in a tent, waving a sign.

Play at the Plate said…
Excellent cards. And it's way too cold to be sleeping in tents while the 1 percenters laugh inside their warm mansions.
December 1, 2011 at 2:28 AM

Spiegel83 said…
The Sandy looks great with some shine. Sandy has the look of victory. Also, what set is the Team USA Kershaw from?
December 1, 2011 at 2:31 AM

Greg Zakwin said…
Glad you liked everything fellow Greg! I thought that Hooten might especially be to your liking. It had been sitting in the exact same spot in my LCS for months and months, and I must have held it dozens and dozens of times before finally buying it. I'm happy I could send it to a good home.

Ryan H said…
It's hard for me to fathom breaking one case as opposed to some sellers on ebay boasting about breaking 15 or 20 cases of the same product. I think I would get bored after the first couple of cases or go crazy by memorizing the collation of the cards in the packs.
December 1, 2011 at 8:32 AM

The Lost Collector said…
I can't imagine I'll ever bust a case of cards, but you never know. No time soon, that's for sure. I'm still pleasantly surprised if I pull and auto or relic since I buy packs and blasters.
December 1, 2011 at 9:23 AM

Ross said…
It would take something like winning the lottery for me to buy a single case, let alone multiple cases. Problem with that is I'd much rather blow $5 on a rack pack than $5 worth of lotto tickets. At least that way I have some chance of 'winning' my money back or turning a profit.
December 1, 2011 at 10:20 AM

Brandon said…
I remember back in '88 a friend saving up money to buy a case of Donruss. Eventually he was able to make this epic purchase which he had saved with his paper route earnings. I recall being quite jealous seeing the piles of light blue backed cards stacked all over his house. ....of course you can probably find a case of '88 Donruss now for cheaper than what he paid for it 23 years ago...
December 1, 2011 at 10:41 AM

The Baseball Card Snob said…
I've only broken a case once and it was a blaster case. It was 2009 Topps Series one (anyone need any?). I only bought it because of a good price on Ebay and a 20% discount because of some Ebay screw up. I don't think I would do it again.

1) Even with the discount it was over $200, not a tremendous amount of money, but nothing to sneeze at either.
2) Didn't get as many "good" inserts that I hoped I would. Granted, got like 12 commemorative patches, but I don't think I got even one Yankee.
3) Stuck with a lot of dupes. I only put two sets together for myself and my son. The rest of the cards are trade bait.
3a) Trying to thin out my trade bait and buying cases won't help.
December 1, 2011 at 6:13 PM