My favorite Giants fan is back 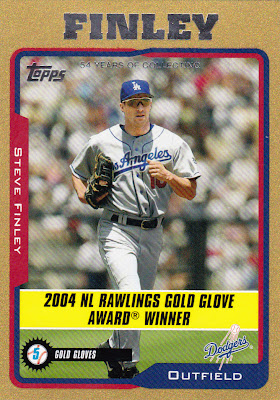 Wow, where was everyone last night? Not a lot of posting. Even less commenting. Either it's the Christmas busy season, or people are so freaked out that Blogger has removed the "switch back to the old Blogger" link that they're terrified to post.

Those are the only two answers I have. Don't tell me everyone was watching the Rams and the Seahawks. That's impossible.

But, I thought I'd take this opportunity while nobody is reading to confess that I have a favorite Giants fan. His name is Adam. He sends me all kinds of cool cards. And they make me forget that I want the Giants to die in a swirling cesspool of hot garbage.

He found a bunch of shiny and numbered Dodgers this time around, so at least the cards can brighten things up around here (I had a yelling match on the phone at work last night. Fun!). 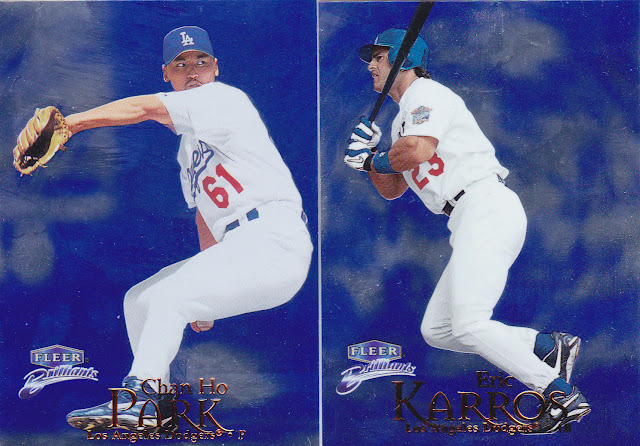 I'll start with a couple of parallels from the Fleer Brilliants set of a decade-plus ago. Both Park and Karros are competing in the sky, playing some angel baseball. Every once in a while they have to step onto a side cloud to let the aircraft go by. 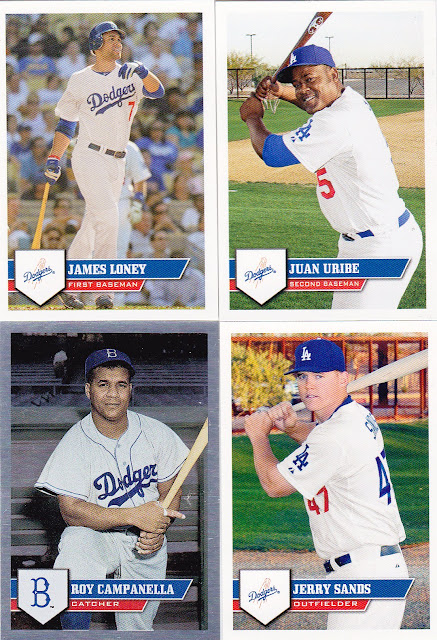 Ooooh, some stickies. All but the Campanella make me grumpy about the Dodgers' 2012 fortunes, which is not the right kind of attitude when you view stickers.

So how about this: I am close to landing the whole 2011 Dodgers sticker set without buying a single pack! Oh, I'm feeling so smiley now. 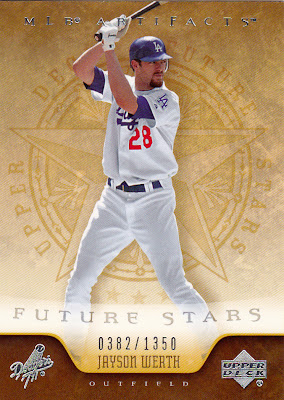 Werth is not treated well by the baseball statistical analysis crowd. Which means Dodgers GM Ned Colletti is a couple hours away from acquiring him. 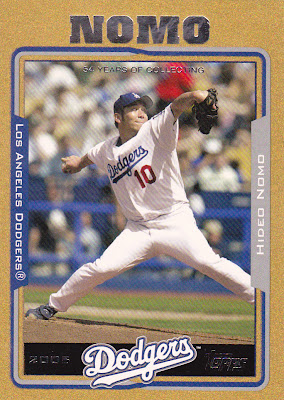 It is time for the gold portion of the post. This is probably my favorite card out of the package. Nomo card No. 346. 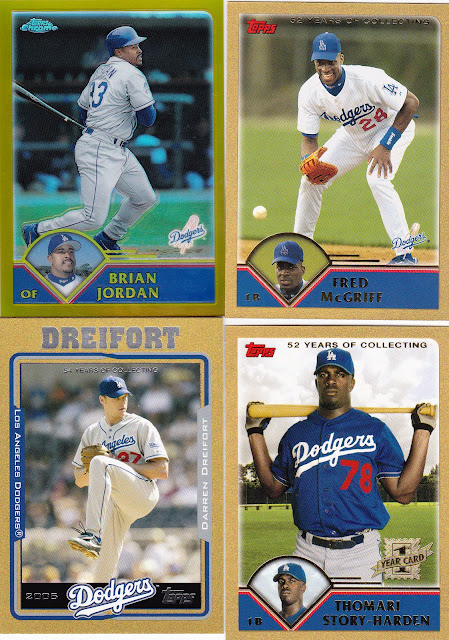 A gold rush! (Now there's a name for an insert set that's probably been used 36 times). Some of these I have, some I don't. I'll hash it out later. After I ask Thomari Story-Whatever to stop holding the bat like Bo Jackson. 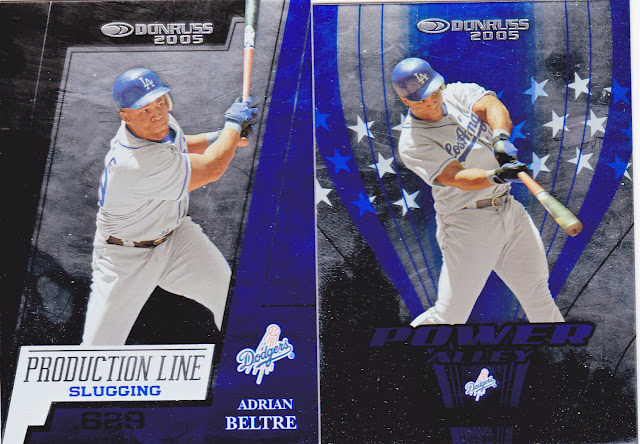 I think Greg at Nearly Mint introduced me to the Production Line series. I feel like I need to polish these cards to remove fingerprints. But I'm afraid to even touch them. So how'd the fingerprints get there? 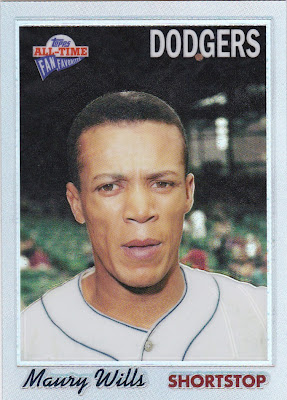 This is the shiniest card I have received in WEEKS. I absolutely love Fan Favorites, refractors and Maury Wills. So Adam hit the trifecta with this card. 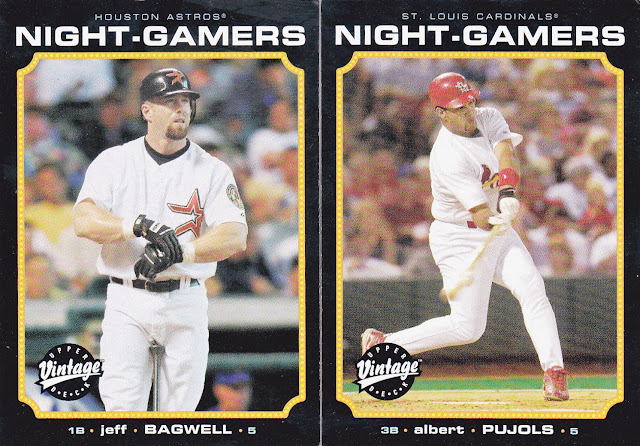 Lastly, two more Night Gamers for my unannounced pursuit of this Upper Deck Vintage insert set from almost 10 years ago.

I don't even know how close I am to completing it. I have to be no more than 3 or 4 cards away. Given how difficult a time I've been having with post ideas lately, I should find the remaining cards, so I can show the whole set here and fill my post quota for the day.

That was a very satisfying group of cards from Adam. Not bad for a bunch of Brian Wilsons and whatever horrifying other Giants I sent.

So, I hope more people are gonna post tomorrow. I feel a time-wasting day of work coming on.

Dodgerbobble said…
I had to Google Thomari Story-Harden. Never heard of the guy, but I wish he would have made it up to the Dodgers. I would have loved to hear Vin Scully give us the story behind the hyphenated name.
December 13, 2011 at 8:34 AM