Some cards that aren't "card of the year" 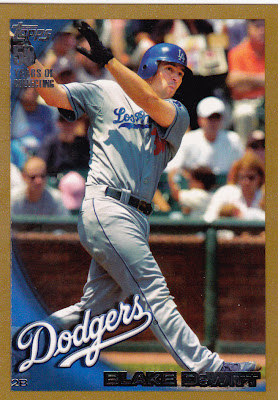 A week ago, I received a Target red border version of the Dee Gordon Topps Update card and I got so excited that I announced to the world that the Gordon card -- in all its various versions -- was the card of the year.

It's still the card of the year, no matter what biased Reds or Rockies or Giants fans may say.

But I have to admit my excitement caused me to ignore the other cards that came with the Dee Gordon red border card. How scatter-brained of me.

Now that I am thinking more clearly, I thought I'd show the rest of the cards sent to me by Chuck at Lifetime Topps. None of them are card of the year, but they deserve to be shown, too. 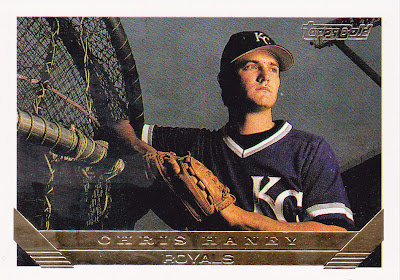 Let's start with a Royals card, because I've come to expect random Royals cards in Dodger packages. The two teams' uniforms sort of look alike. Chris Haney is another one of those marginal guys who ended up on my fantasy baseball teams. I just couldn't get enough of 7.31 ERAs. 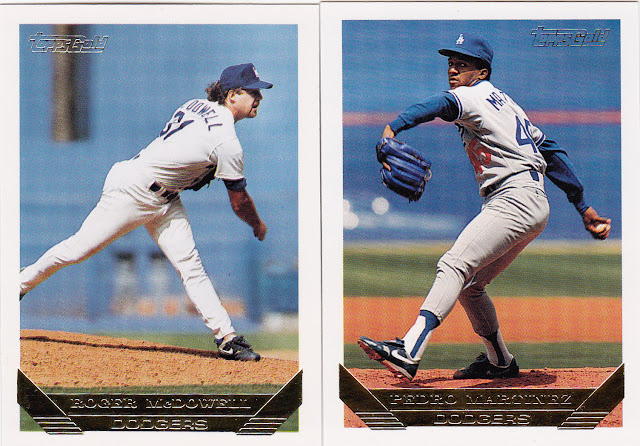 Two more gold parallels of the right guys in blue. No telling what McDowell is keeping in his back pocket there. 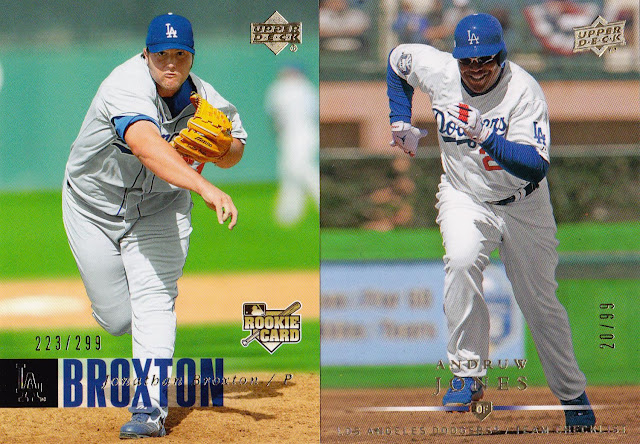 More gold parallels. Only these are the more pointless Upper Deck kind. Foil-stamp some letters and number the cards and - voila! -- exclusivity! 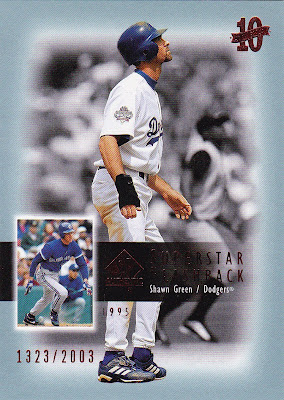 The numbered cards just keep coming! This is from 2003 SP Authentic. SP was all proud of itself that it had been around for 10 years and could feature pictures of players on two different teams. 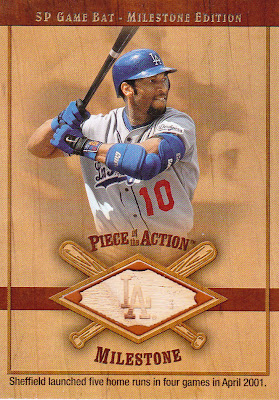 Bat cards of certain players are more awesome than bat cards of everyone else. You can put Albert Pujols in that category. Manny Ramirez, too. Gary Sheffield definitely goes in this category.

It turns out I have this card already, so some lucky Dodger fan can expect to find it in a card package in the future. 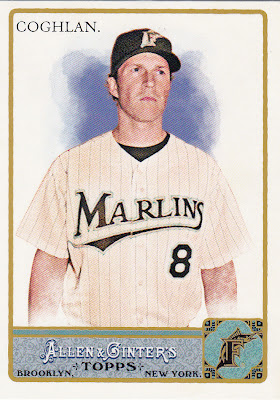 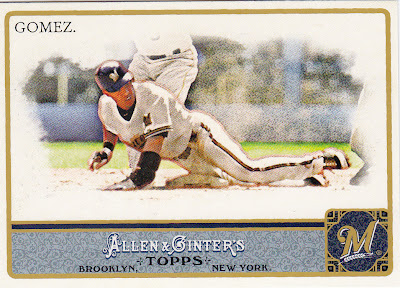 A pair of Allen & Ginter needs. I have nothing to say about these two guys. 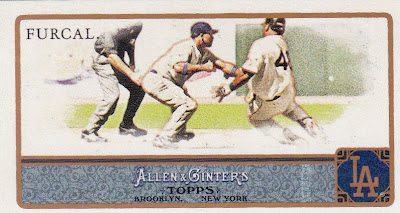 Mini A&G Dodgers make me very happy, even if this oen features an umpire feeling up Rafael Furcal's backside.

I still need a lot more A&G Dodger minis. I have a modest amount to trade, so if you have Broxton, Kershaw, Loney or Ethier, please give me a ring. 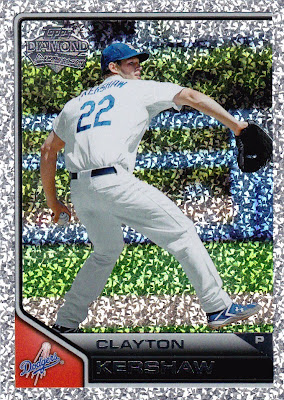 This is the second best card in the package, right behind the card of the year. I don't know how successful I'm going to be tracking down Clayton Kershaw cards after the first of the year, given his Cy Young Award, so I'm especially grateful for any of his cards that I receive.

By the way, I have a dupe of the following card: 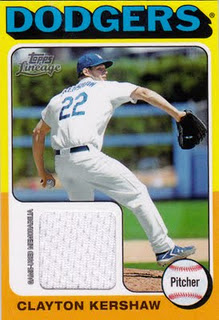 If you have a Kershaw card that I don't have, I'll trade this for it.

But you can't have any of my Dee Gordon Topps Update cards. They belong in a museum.

Cardboard Heaven is holding a draft featuring lots of baseball card goodies for only $15 an entry. There aren't a lot of spots left, so join us! Just don't beat me out of any Dodger cards.

Anonymous said…
It was an interesting assortment to pull out - good to see it in a post!