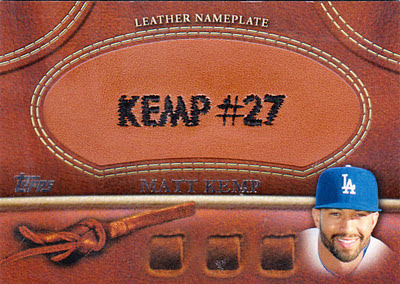 OK, perhaps I shouldn't be so flip.

Maybe I should be mortified like everyone else. The news is bad. It's a shame. We have to wait until the facts come out. He seemed like such a nice kid. Blah, blah, blah.

But honestly, how many of these positive PED cases have been reversed? Not many. None in baseball that I can recall. If Braun's camp comes up with a plausible excuse that is accepted, then fine. It'll be the first one ever. But until then ...

Ryan Braun has really stepped in it. 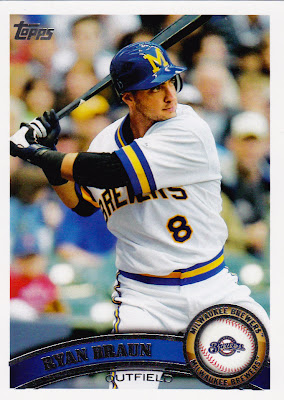 (Can PEDs cause the logo on a helmet to grow abnormally large?)

Give Kemp the award he deserves!

It may be an unrealistic request. But if it doesn't happen, I'll just do what everyone does with the career home run champion. Bonds may hold the record, but Aaron is everyone's home run king.

Kemp is the real MVP!

Mike Greenwell agrees with me!

I am not really a Braun fan and if you get to give Kemp the MVP, I get to give Tulowitzki the 2007 Rookie of the Year. However, I did respect him as one of the stars of the game. No matter who we root for one of baseball brightest stars just got significantly dimmer which is bad for the sport as a whole.
December 10, 2011 at 11:58 PM

steelehere said…
Staying on the Mike Greenwell theme. This is now the third time in the last fifteen years that a Dodger finished second in the MVP race to a steriod user. The others were Ken Caminiti beating Mike Piazza in 1996 and Barry Bonds beating Adrian Beltre in 2004.
December 11, 2011 at 12:13 AM

Spiegel83 said…
This is sad news. Braun was my favorite non-Dodger. I am not sure I will ever view him the same again.

Robert said…
It just makes you wonder why after all the publicity that PEDs have received the past few years that guys would even think of messing with them. If you have the talent, such as Braun does, it will show.
December 11, 2011 at 12:23 AM

Unknown said…
I threw some words on the page that attempt to resemble my thoughts here - http://morethancardboard.blogspot.com
-

In my post I do fail to mention that if he is guilty I think HE (not the BBWA) should give the award to Matt Kemp, even though the test is from postseason. I think he should also step up and be voluntarily tested every fricken week if he wants to make a strong case that PEDs didn't give him a leg up or that the test was false.
December 11, 2011 at 1:04 AM

John Bateman said…
I see a revote coming - the AP writers revoted on Brian Cushings defense rookie of year award (he still won) and 2nd All Pro award (he lost the revote). So MLB writers will probably have to do a revote
December 11, 2011 at 8:11 AM

Anonymous said…
John touched the issue I was thinking with Cushing and the re-vote, even though Cushing still won the award after the re-vote. I wonder what they'll do.

Also, the Mike Greenwell claim is silly. Steroids wasn't even against baseball rules in 1988. After Fay Vincent outlawed it in 1991 - but couldn't get testing for it - you might have a better argument. But having a re-do for an award because someone did something that's within the rules doesn't make sense. All this is interesting, though - should they take away the single season home run record from Bonds and McGwire because they've admitted to PEDs? And what, give it to Sosa? Slippery slope.