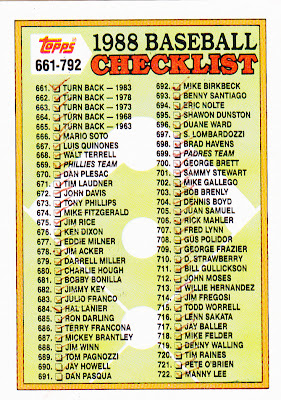 I'm thinking that getting caught up on trade posts is not so much a Christmas miracle as it is an indication that no one has time to send out packages, giving me a chance to clear off the desk.

For the second straight year at this time, I am caught up on cards that I have received from traders. I still have a few deals floating around out there, but until something comes my way, the inbox is officially empty. Kind of a nice feeling.

This final trade consists of some cards I received from reader Kary. He's just getting into the whole trading scene with bloggers, and I think he's got a fine future in this. In exchange for some cards from late last century (1998 and 2000 mostly), I landed these fine items: 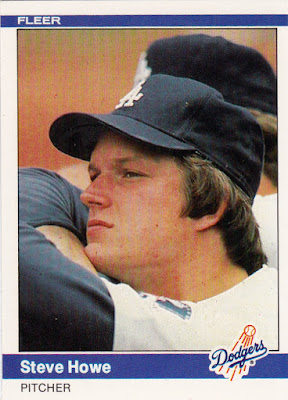 The last team-set need for 1984 Fleer. I have all the '84 Fleer Dodgers in my grubby hands. Still need the Update cards from the set, but as the coaches say, "we'll celebrate this for 24 hours and then get back to work." 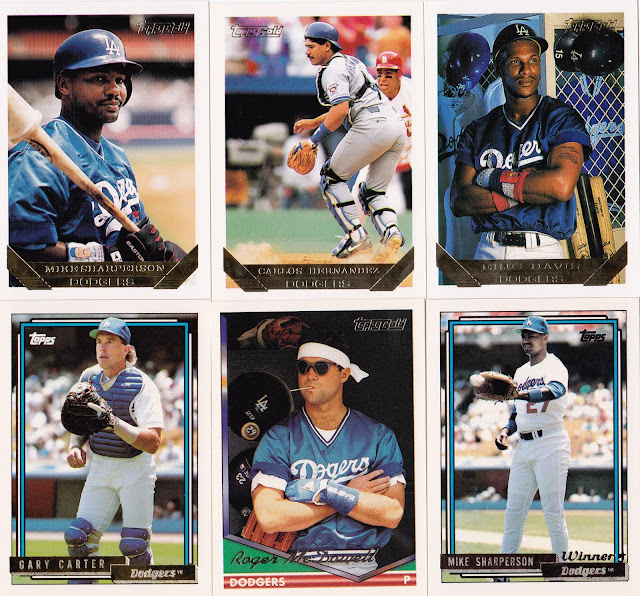 A bunch of early '90s gold parallel needs. Of course, these cards are the precursor to what every base set would look like, for obviously, the rest of time. Apparently you cannot make a non-retro card without gold foil. It's in some document somewhere, passed through a secret session of Congress. 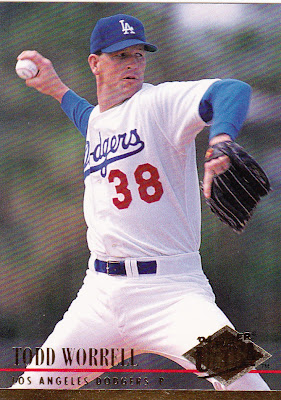 There's the result of that super-secret session now. 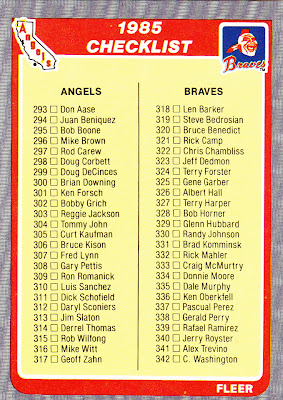 That's why I need the card. The reverse side features the Dodgers checklist. These things are important to team collectors. 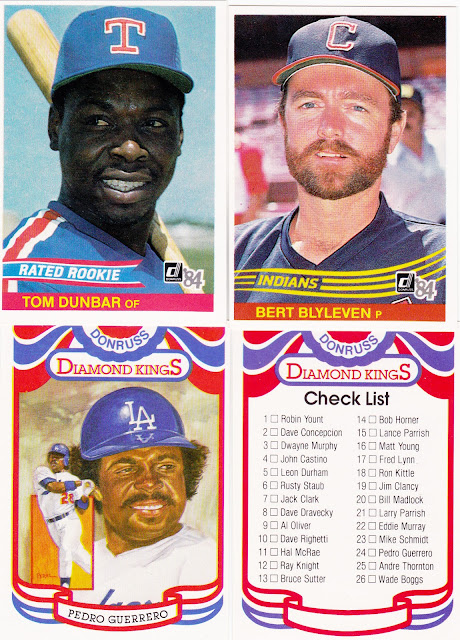 The rest of cards from Kary are all for my 1984 Donruss quest. With these cards, I'm down to 60-or-something left. This could be a set I finish off in 2012. I'm interested to see whether the Mattingly rookie will be the last card I get. 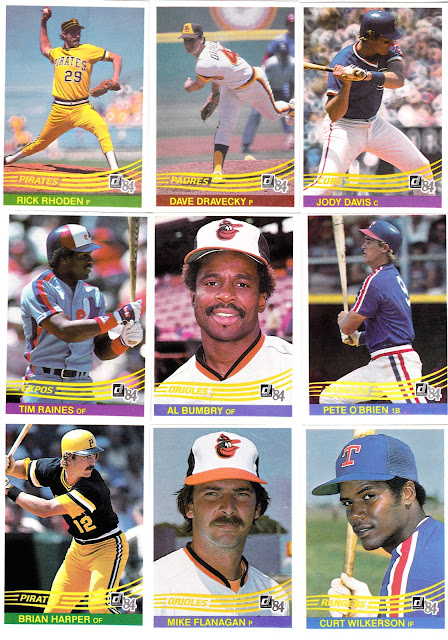 One thing I've noticed with '84 Donruss is that every one I get is in pristine condition. It seems no one ever stuck a rubber band around of stack of '84 Donruss. 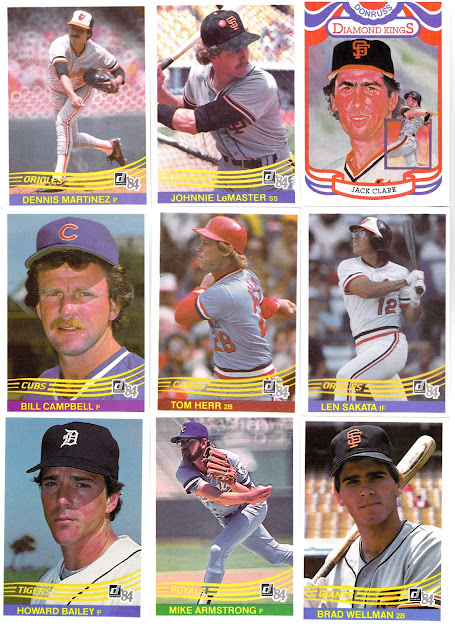 See? There's something good about the holiday.

hiflew said…
I think that Len Sakata was the only 1984 Donruss card I ever owned. It was during my youth when I was trying to put together power teams and the 83 Orioles had just won the World Series. But I digress.

I never really like 84 Donruss. On most of the cards the team name was too difficult to read like the Armstrong and the LeMaster (although not seeing Giants is a good thing). I just never drank the kool aid regrading this set. But what do I know...1986 Topps is my favorite set from the 1980s.
December 22, 2011 at 11:38 PM

Play at the Plate said…
You should be getting something from Texas in a day or so. Wouldn't want that inbox to get lonely.
December 23, 2011 at 1:32 AM

Anonymous said…
Those are some pretty good pictures out of the Topps Gold cards.