Topps' Christmas present to me 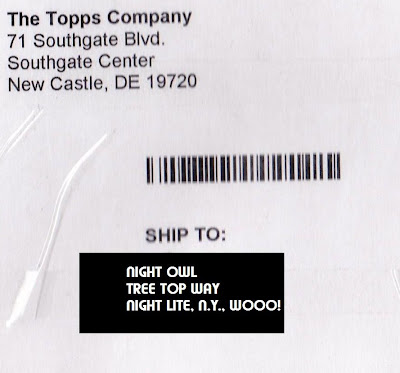 Topps' Christmas gift came with a cost. To receive my final installment of Diamond Giveway cards, I paid $3.98, plus whatever money I spent on packs to yield the redemption cards that led to the cards that I ordered.

All told, I paid about $17 for the 15 cards I ordered through the giveaway this year. Again, plus whatever money I spent on packs. Yes, the cards aren't free. But they were some really cool cards, and you can't put a price on the fun of the whole giveaway game.

Plus, it's Christmas Eve, and if anyone wants to crank anymore about it on this day, be prepared to be visited by Marley and three other ghosts.

So, let's see the final cards I grabbed: 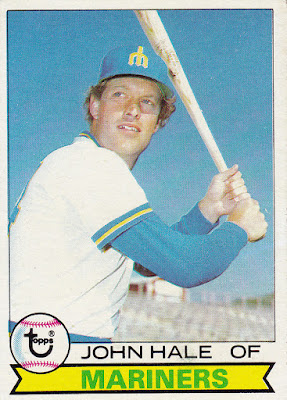 I ordered this card because Hale started his career with the Dodgers, and it's a 1979 need off the list in case I ever truly decide to complete the '79 set.

This card is in immaculate shape. It puts 99 percent of my other '79s to shame. And my cards in that set are really in pretty decent shape. 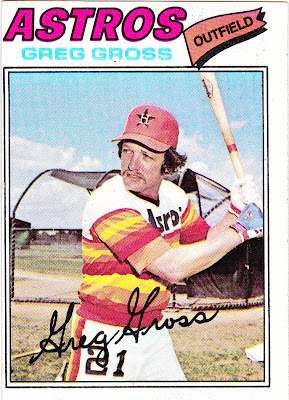 Ah, Greg Gross. The guy at which we aimed our snickers and snorts. He paved the way for Wayne Gross, Kevin Gross, Kip Gross and Gabe Gross. By the time those guys came along, the name wasn't worth the laughs anymore.

As you can see, this is a sharp-cornered, but super off-center card. It goes in my 1977 set binder, but I'm sure I'll upgrade some day. 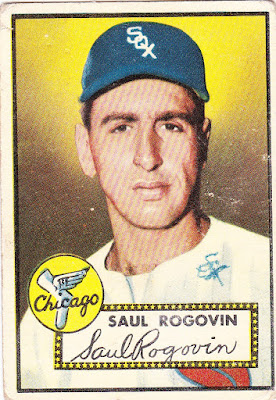 The oldest card I have redeemed from either version of Topps' giveaways.

This card is only the second 1952 Topps card that I own. I know it's an iconic set. I just can't get into it that much. I suppose that doesn't make me a "true collector" in some people's eyes. That's OK. I like my fake collector self.

You may have noticed that someone decided to try to replicate the White Sox's cap logo right on Rogovin's jersey with a blue pen. At least I think that's what the person was trying to do.

I'm really hoping that the doodle is from a kid in 1952. If some doof from 2005 wrote on this card before Topps got ahold of it, I'm already annoyed.

Anyway, I think a '52 Topps card is the perfect way to end the Giveaway for me. I ended up with several cards from my collecting interests -- Dodgers from the '60s, 1977 Topps, those cool diamond diecuts, and other stuff.

I believe the Giveaway is coming back next year with some golden theme. I probably won't participate much as I don't expect to buy many 2012 cards. That makes me a little sad.

But perhaps the Giveaway has run its course for me. All those free cards add up, you know.

Captain Canuck said…
speaking of adding up... My buddy Mike had enough rings on the giveaway sight to obtain one of the Topps factory sets.
He ordered it just so he didn't have to buy any update.
Well, there was no update. It stopped at #660.
And they sent it to him via UPS.
Which meant he had to pay $49.17 in "fees" to get it from them when they delivered it to his door.