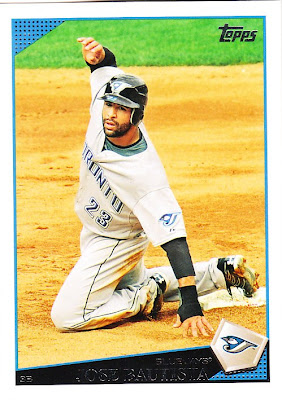 When I first heard a few months ago that Jose Bautista led the league in home runs, I thought one thing. ... 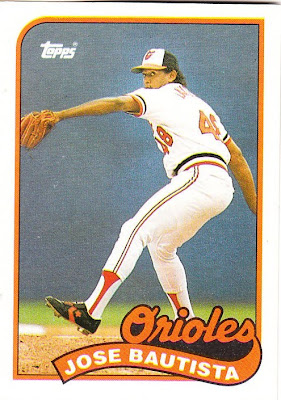 OK, I thought that for about 30 seconds, before realizing that it was a different Jose Bautista. 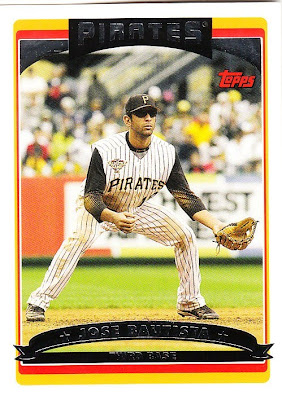 I thought that for another 30 seconds before the next thought came into my head ...

"People are going to say he's on PEDs."

And they have. About a bajillion times.

This is such an easy assumption. But it is the way of the world today. Many people automatically assume the worst. They assume Bautista -- now up to 40 home runs after hitting no more than 16 in a single season -- is cheating.

They cite Brady Anderson and his 1996 50-home run season as if he's a direct link, the only link, to today's player who produces an enormous spike in power.

I'm not gonna think that way. It's possible Bautista is on PEDs. It's also possible that he is playing more often than he's played in his career, that he's in a better lineup, that he's changed his approach and his stance, and that he has a better coach.

There are many, many examples of major league players enjoying one-year bumps in their statistics that happened long before steroids or other PEDs entered the equation.


There was Davey Johnson. He hit 43 home runs in 1973. That is 25 more home runs than he hit in a single season in his entire career.

Oakland shortstop Bert Campaneris hit 22 home runs in 1970. He never hit more than 8 in a single season before or after 1970.

Walker Cooper hit 35 home runs for the New York Giants in 1947. His previous best in eight years of the majors was 13. He never hit more than 20 in a season the rest of his career.

There are lots of other examples of this -- and not just for home runs or even for hitters. The Hardball Times did a detailed look at one-year statistical spikes a number of years ago.

One of the worst things that players who took PEDs did was bring down the rest of baseball with their cheating ways. They created an air of suspicion, and a whole group of people who believe, "well if this guy did it and that guy did it, then they all did it." And if someone has a season that appears unusual, then he DEFINITELY did it.

Instead of praising an athlete for their natural development, they assume it was achieved unnaturally.

But I won't let what those PED players did destroy the fan in me, prevent me from marveling over a great achievement, keep me from admiring the talent of a major league player. Do I wonder about them in the back of my mind? Sure. But unless there's proof, it's meaningless for me to say anything. It's counterproductive.

Players have unusual seasons all the time. Bob Gibson had an ERA of 1.12 in 1968. Babe Ruth hit 54 home runs in 1920. Are we going to throw every achievement under the bus?

You may point at the PED violators and say, "THEY made me think that way."

OK, maybe they did. But at a certain point you're in charge of the way you think. Do you want to rip every achievement apart from the opening sentence or do you want to look at it with a critical eye, meaning that you consider all aspects of the issue -- good and bad -- and then come up with a conclusion?

I prefer to see the good in people. That's just the way I am. It gets in the way of me being a journalist at times. But I've learned to develop a critical eye and a cynical eye to perform well in my job. "Both sides of the story" is a big deal in my profession.

And I refuse to pull every single person down. It's unhealthy for everyone.

If you got the goods on Bautista, then fine. Let's hear it. Everything you know.

Otherwise, sit down, shut up and enjoy the game.

Play at the Plate said…
You have to stop letting those guys at the office get you so riled up. What do they know anyway? (kidding)

I'm with you that the guys who did cheat have made everyone so jaded that any achievment is looked at with suspicion. I know the union would never allow it, but I think the players should stand up and demand that their negative tests be made public. I would want people to know that I wasn't cheating whether I was hitting .200with 0 homers or hitting .350 with 50 homers. Let the cheaters be outed and publicly scorned. Maybe that will stop it. Of course, I live in a state where the death penalty is supposed to stop people from committing murder. That isn't working either!
August 27, 2010 at 2:45 AM

jacobmrley said…
I guess my biggest problem with the Bautista story is not the PED accusation but the argument itself. It's easy and it requires no ounce of proof on the accusers part. It is the next step in the "Witch Hunt" that is the steroids story. Any player who has a statistical spike gets a scarlet 'S' no matter what. Even though there has been plenty of testing since 2005. even though there is still no direct evidence steroids or PEDs do much of anything beyond help player heal better, which is pretty much their medical application anyway. Lazy radio nitwits and journalists get to hand rub and finger point, without having to actually, you know, do anything resembling their jobs.

Are you trying to say that Bautista may not have had quality teammates or coaches with his previous team? That's crazy. That's blasphamous. That's absurd.

What's that? We're talking about the Pirates? Oh, well then okay, it's probably true.

Oh, and I agree about the PED accusations. I admit that I am a little skeptical anytime someone goes out and suddenly becomes huge or just destroys his career stat averages, but overall, I try to go by the innocent until proven guilty philosophy. The only sport I'm starting to just assume everyone is doping to some degree is cycling, but that's a conversation for a different day.
August 27, 2010 at 7:26 AM

Kevin said…
Well said, night owl. Well said, commenters. Max, you're spot-on about there being no proof that steroids make you an awesome hitter. People always forget that a ton of guys were named in the Mitchell Report who have never had a great year in the majors. The Gregg Zauns and Adam Piatts of the world.

The Jose Bautista confusion increases when you learn that Bautista the outfielder was also an Oriole for a brief stint in 2004. Can't tell your Jose Bautistas without a program...
August 27, 2010 at 8:05 AM

Dennis said…
Great post.
Thanks for that. I've been saying a lot of the same things & citing the same examples to anyone that will listen. Baseball history is littered with these crazy 1 year outliers & while I understand the skepticism & cynicism of such feats, these things have & will continue to happen - naturally. That said, I wouldn't be at all surprised to see Bautista hit 20-30 HR's next year.
August 27, 2010 at 1:56 PM

chris OK said…
Sorry, but way too many players cheat, there is to much money as an incentive. If a player is clean, do a damn blood test and prove it. Otherwise just accept that you will be labeled a cheater. I am glad media people are actually saying it. Better late than never, I hated that they never slammed anyone during the no testing era, talk about not doing your job. That rosey attitude is what got us in this situation in the first place. Maybe questioning everyone will get the true story out, afterall isn't that the job of reporters and media. This isn't a court case, its about character and integrity, and unfortantely baseball lacks it right now. Do some tests, real blood tests that test for all things, and then you have your facts. Then you either shut up the speculation or you busted another cheater. Either way you have a resolution.
August 27, 2010 at 11:20 PM