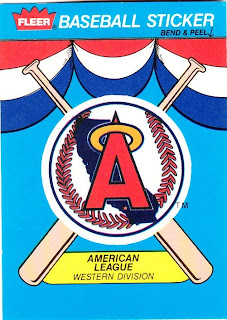 I've mentioned before that sometimes when I receive trade packages featuring Dodgers, I'll get a random card or two of another team that often gets confused with the Dodgers.

Often times it's the Royals, since their uniforms look similar to the Dodgers. Less often it's a Blue Jay or a Met, two other teams that feature blue.

Within the last week, it's been something different. And I totally blame Upper Deck. Or, maybe Topps. Or maybe Major League Baseball. One of them.

Let me illustrate, in my usual roundabout, backward way:

BA Benny and his Big Buffet of Cards scooped a few cards off the buffet table, slapped them together with some macaroni salad, and mailed them off. ... OK, there was no macaroni salad. I'm just hungry. Anyway: 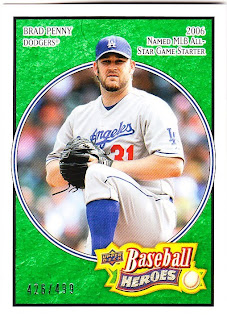 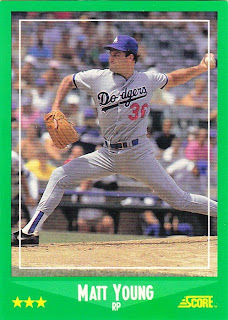 One of my last '88 Score needs, only because Young is already in my Dodger binder. 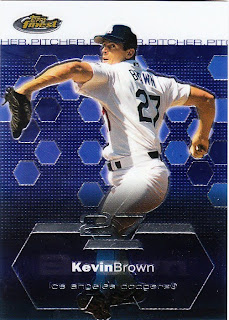 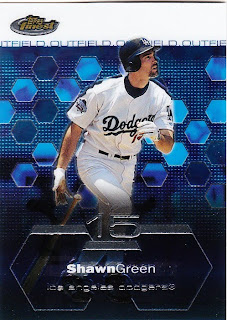 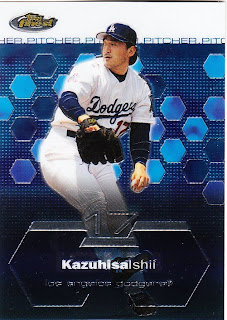 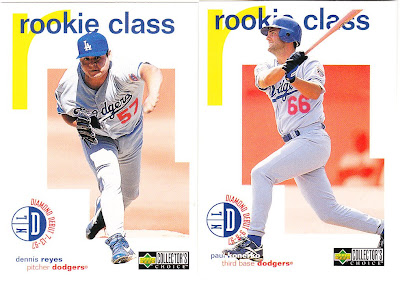 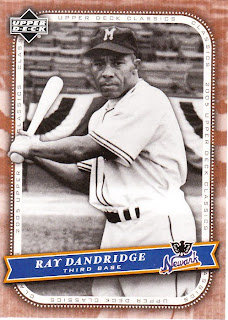 And this is where the package got random -- a Negro League star from Upper Deck Classics. Random but always appreciated. 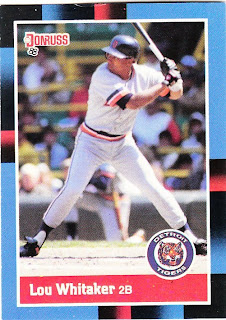 A Sweet Lou from the recently christened Tron Set. 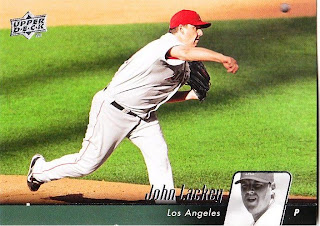 But, I didn't think any more of it, and I turned to the other package.

It was from Cliff of Capewood's Collections. Our annual Astros for Dodgers trade. I received: 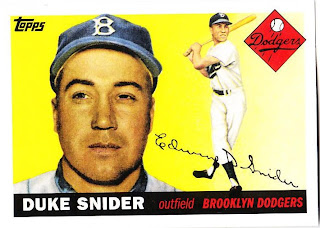 A Card Your Mom Threw Out And Now You Aren't On Speaking Terms Anymore Because That Thing Is A Ton of Money Now. 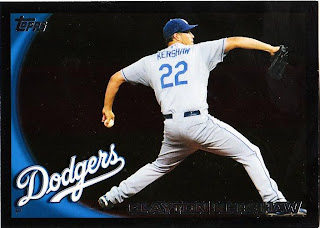 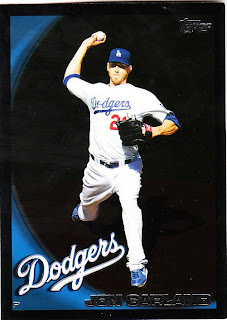 A less awesome card, but at least it's another Wal-Mart black card, since I've been avoiding those blasters religiously. 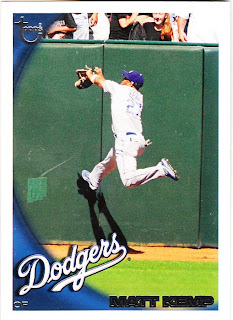 Another blaster parallel, this time the Target throwback version, of one of the best cards in the 2010 set. 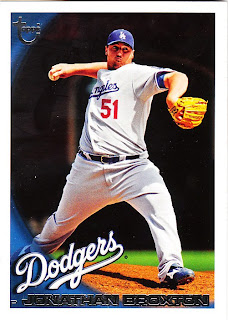 A throwback parallel of the demoted Broxton. 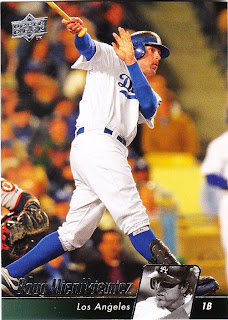 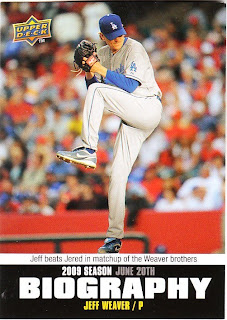 A 2010 UD Biography card of the hurting Jeff Weaver. 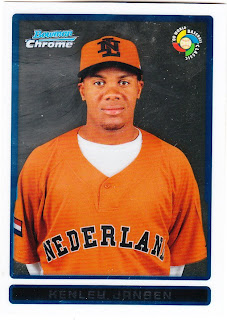 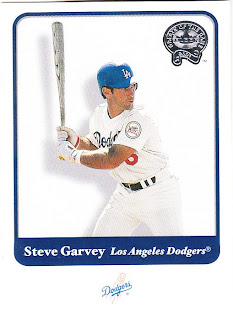 A Fleer '01 Greats of the Game Garvey. 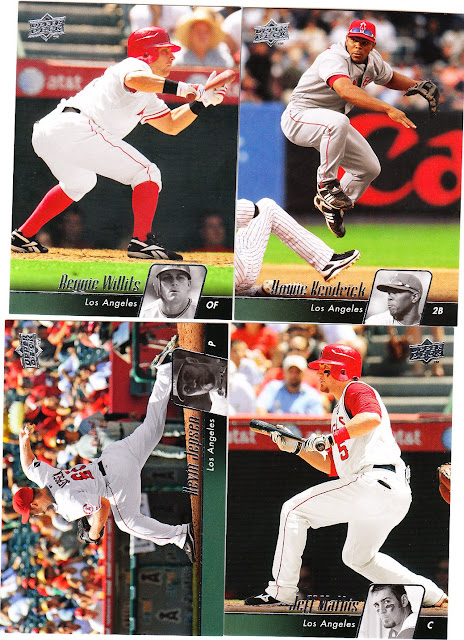 Again, I'm on record as not appreciating the Angels -- except when they play the Yankees.

But I think I know what happened here.

And if you're looking for cards for more than one person (which I often am), then it gets to be an even longer exercise.

Time is at a premium, so you're looking for whatever time-saver you can. Fortunately, 2010 UD -- bless their little scheming hearts -- put the name of the team on the bottom right of the card for easy reference.

Unfortunately, it was not allowed to put the team nickname on the card.

So, that's how I ended up with Angels. Both the Angels and the Dodgers say "Los Angeles" and nothing more. When you're flying through cards, you don't always have time to admire the photo.

See what you've done, Upper Deck, er, Topps, er MLB -- whoever the heck is responsible??? You're screwing up trades!!!!

So, what am I going to do with the Angels?

I don't know. There aren't very many Angels collectors out there. I'll probably put them in the stack with the Giants and Pirates and other teams that I can't find traders for and watch them ... just sit there.

But you can bet I'll be ready for when that Kevin Jepsen super collector comes calling. Although, first he/she will have to explain to me who he is.

I try to put all my trade cards in one spot, but that usually lasts a few weeks and then I need to go through everything again to reorganize.
August 16, 2010 at 7:43 PM

SpastikMooss said…
There are tons of Pittsburgh collectors out there Owl! Only one I can think of at the moment is The Real DFG, but he's cool.
August 16, 2010 at 10:06 PM

capewood said…
Mr. Owl, glad you liked the cards. Angels cards? Yea, I think you're right. I was looking for Los Angeles on the cards and just threw them on the pile. I got your Astros and bonus cards yesterday. If the thunderstorms will stop knocking our power out I may get a post up today about them. Cliff (Capewood)
August 17, 2010 at 5:39 PM