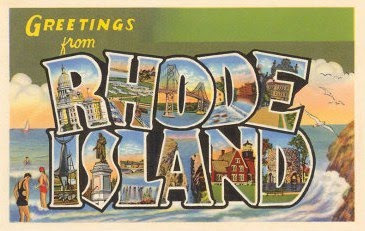 Have you ever driven across Rhode Island? It takes about 30 minutes. Maybe 40. I don't know. It's been awhile since I've been there.
I've traveled to Rhode Island a couple of times. Once to see my brother who lived there at the time. I had the most amazing lunch at a restaurant whose name I don't remember.
Another time I was covering a college hockey event. It was my first time in the state and I was looking for my hotel. It was in Warwick, which is just south of Providence. Little did I know that just south of Providence means -- IMMEDIATELY south of Providence. I wasn't used to coming up on things so quickly -- especially after all the construction I had just driven through in Massachusetts. I drove past my hotel and the next thing I knew I was at the end of the road. No more road. No more state. Just water. So I turned the other way and drove north. Then I came back again, drove past my hotel again, and took a different turn and almost drove into Connecticut.
Keep in mind that this all took place in a very short span of time. I began to get the distinct impression that it never takes long to get anywhere in Rhode Island, unless you're a clueless out-of-stater like me.
I was actually laughing when I was lost looking for my hotel. I couldn't believe I could make it across the state in a little more than a half hour. Tiny is funny.
But I'm sure folks who live in Rhode Island have heard all the jokes about the smallest state in the union. So, I'll stop -- except to say: 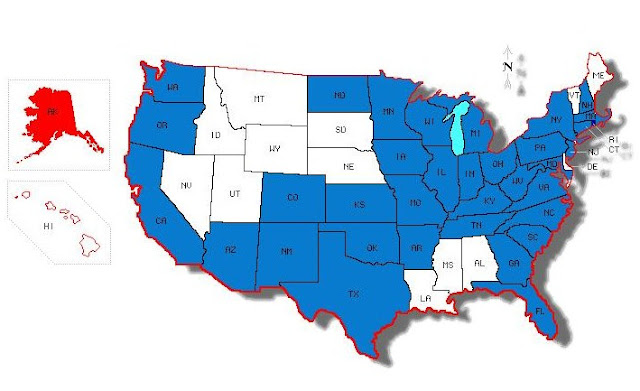 I've added Rhode Island to my trade map! See it there? It's that eensy, beensy little dark blue dot in the top right corner. Isn't it cute? What a cutey, wittle, tiny, winy statey it is!
OK, I'll stop now for real. ... I've been in Providence at night. It can get scary.
Rhode Island is the 35th state added in my bid to trade with someone in every state. Thanks to Shane, of Shoebox Legends, I can add the The Ocean State, the home of Davey Lopes, to my list.
You already saw the best card that Shane sent here.
But here are a few other cards from him: 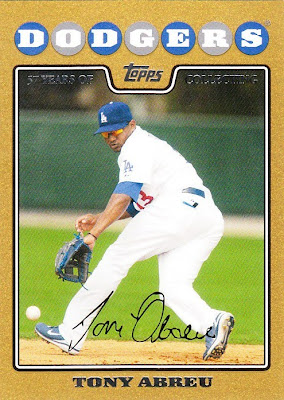 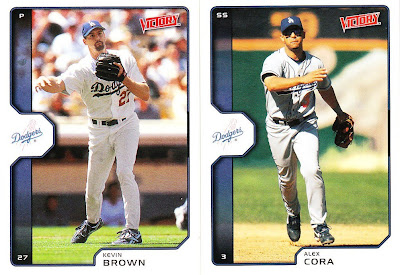 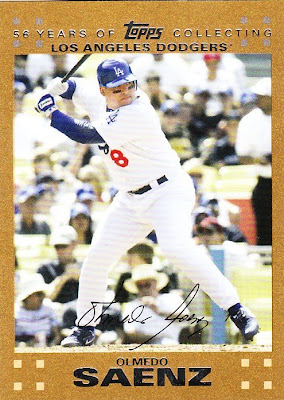 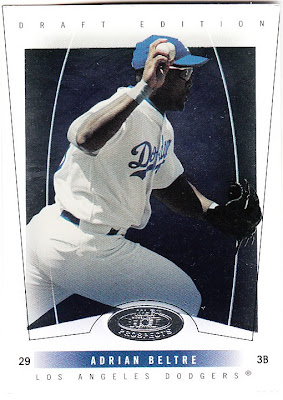 Good stuff.
In case you didn't know, Rhode Island is filled with baseball connections. Not only is the Pawtucket Triple A team a great place to see a game, but there are a surprising number of major leaguers with links to the state.
Here are some: Davey Lopes, Gabby Hartnett, Nap Lajoie, Paul Konerko, Bill Almon, Chris Iannetta and Rocco Baldelli.
Rick Lancellotti, who played briefly in the majors but I know as a Buffalo minor league legend for his 1979 season for the Buffalo Bisons (41 homers, 107 RBIs), is also from Rhode Island.
So, that's a lot of good baseball stuff from R.I., including the cards that Shane sent. (Hope you got your items OK, bud).
By the way, I did find my hotel. Later that day, I got a hockey player to talk to me who had boycotted our paper for an entire season. It was quite a coup.
The next day, in my hotel room, I watched Christian Laettner beat Kentucky with a buzzer-beater in overtime to end the NCAA East Regional game. When I'm around sports folks and people talk about where they were when Laettner hit that shot, I say, "funny, I was in Rhode Island."

SpastikMooss said…
Rhode Island rules. Especially the Roger Williams Zoo, which is still the best American Zoo I've ever been to.
August 26, 2010 at 3:50 PM

shoeboxlegends said…
Glad I could help you fill in another state! Rhode Island is small but there is a ton of coastline and it's a great place to live in my biased opinion ;)

I did get your cards, thank you! I'll be posting them as soon as I can find a few minutes to scan them in, probably this weekend.

SpastikMooss, I do like the Roger Williams Park Zoo, but in all fairness I have to say I thought the San Diego Zoo was more impressive.
August 26, 2010 at 10:01 PM

Anonymous said…
I'm becoming a little fartklempt. Talk amongst yourselves. I'll give you a topic: Rhode Island is neither a road, nor an island. Discuss.
August 27, 2010 at 7:35 AM