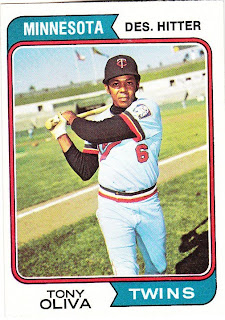 It's been mentioned a time or two that the photography on 1970s baseball cards was a bit primitive by today's standards.

One of the examples that is cited often is the slanted backgrounds in the photographs. Here, in this 1974 Topps card, the most impressive thing about Tony Oliva is not that he is an eight-time All-Star, but that he is some how remaining upright while the rest of the Oakland Coliseum slides into the Pacific.

There are so many instances of these slanted backgrounds that it's considered almost a standard look for 1970s baseball cards. While compiling my 1975 Topps blog, I'm constantly running into cards that feature tilted stands or fields or baseball equipment. 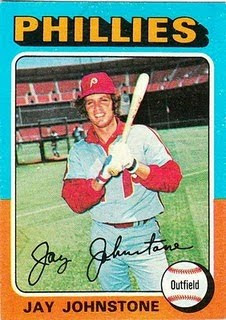 I'm waiting for one of the players behind Jay Johnstone to start clinging for dear life to the batting cage.

I'm no photography expert, but from what I've heard, the tilting appears when the photographer is a bit lazy in taking the photo. But that's as technical as I can get. I just know that there is a photographer on our newspaper staff who regularly does the "tilt" thing, and she gets ripped for it.

When I write the '75 Topps blog, sometimes I mention the slanted background and sometimes I don't. That's because it is such a common trait of 1970s cards that it gets a little repetitive. It was kind of a way of life.

As the '70s progressed and we continued into the '80s, photo backgrounds flattened out. In card photos, players stood on vertical terra firma, which is really how it should be on a baseball field (unless you're in center field in Houston).

And, with some distance between us and the '70s, we laughed and chuckled at how backward people were in that decade. Those fools with their photos all askew!

Were they tilting photos because everyone was high on coke? Brainwashed by disco?

They were crazy! Wearing their pterodactyl collars and their platform shoes!

Listening to Captain and Tennile and watching Sonny and Cher! They thought Pluto was a PLANET! They had ROCKS for PETS! Their PRESIDENT was a PEANUT FARM ... 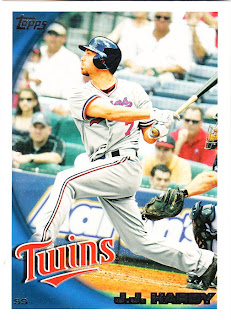 Um, has anyone else noticed this?

All of a sudden Topps is slanting photos again.

And then there are these ... 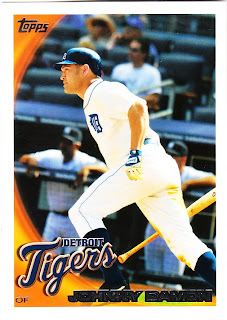 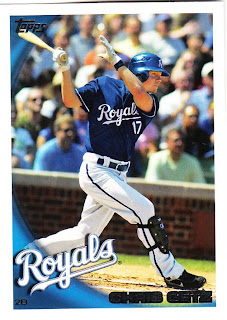 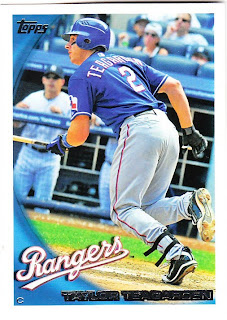 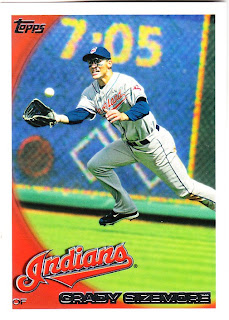 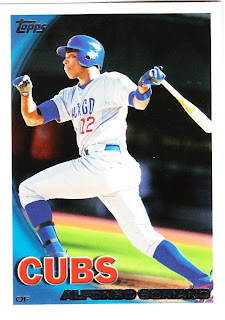 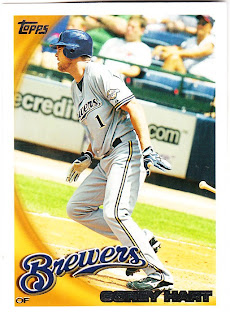 That's a lot of uphill climbing.

I notice that unlike most of the 1970s cards, the backgrounds are slanted UP from right to left. Most of the '70s cards are slanted DOWN from right to left. I don't know what that means. I would guess, in my very unphotographer way, that the photographer is trying some kind of effect since the slant appears to be going up in the direction of the action. But that doesn't explain the Chris Getz card. And it still looks weirdly sloppy to me.

Perhaps Topps is trying to go retro '70s with its photos?

Maybe someone on staff got a pet rock and is discovering how fascinating it can be? Maybe "Ring My Bell" came over the speakers in the break room?

Anyway, I thought it was interesting. And maybe we can stop making fun of the '70s for everything.

At least for this anyway.

Anonymous said…
I'm going to have to disagree with you a bit here: don't blame the photographers for the slanted photos. I'm going to guess that the lion's share were taken just fine, and were later cropped at a slant.
August 17, 2010 at 10:05 PM

Paul Hadsall said…
Most of the 2010 ones look like they were slanted on purpose to work better in the card design.

night owl said…
Not necessarily laying blame here. In fact, I'd love to have a photographer weigh in on this.

Play at the Plate said…
I did notice it on the Teagarden card. I was hoping Joe Girardi would slide down the dugout into Arod's leg, but then Lance Berkman came along and took care of that for me (I jest of course...or do I?)
August 18, 2010 at 1:40 AM

Jeremy said…
I've noticed the slanted background more in the older cards rather than the newer ones, but maybe that's because I haven't bought a lot of 2010 baseball. The newer ones that you uploaded are really obviously slanted. I don't think it's because of any editing. If you unslanted them, the player woudl look like they are about to fall on their face. Most photo or video editors that I've met or have read always tell people to keep the horizon line straight. I've noticed that random people who use my camera and wedding/portrait photographers have no interest in keeping the background straight. Maybe the photographers who do the photos in the cards don't have a PJ background? I'm not sure, maybe they're just starting out and this is before they hone their craft? That sounds a little condescending and I don't mean it that way, I just can't come up with a reason for it.
August 18, 2010 at 3:25 AM

Community Gum said…
I'm a filmmaker with a degree that's technically in "Cinema and Photography" so I'll pretend I'm qualified to weigh in.

It's almost definitely in the crop. The photographer wants the image as close to level as possible so that's how s/he takes it. The non-photographer designer and/or creative director and/or bigwig wants the subject to appear perfectly vertical in the final image, so when centering the image within the frame of the card and its graphics, straightens the player out. In Johnstone's case, the designer screwed up because the subject and the stands are both crooked in the same direction. In all of the modern cards, you're looking at images of players in action whose poses aren't conducive to being straight up and down (running fast, swing followup, etc.) so straightening them jacks up the orientation. Pop one of these in Photoshop (or GiMP- it's free!) and rotate the whole card until the stands are straight and you'll see what I mean.

There's no lens or in-camera technique that I know of that somehow cants the foreground and the background at opposite angles to one another. Only in ViewMasters and one make that happen.