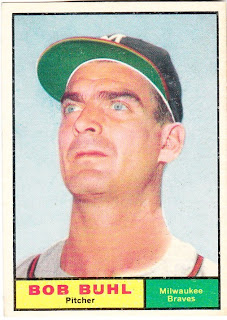 The Collective Troll sent me this card a couple of weeks back. Here is my thought process when I saw the card:

"It's a Brave. Bob Buhl. Look at those freaky eyes! That's great!"

"Wait. Why did he send me this card? I don't collect Braves."

Owlie, Bug-Eyed Buhl is coming to get you! Hope these aren't all dupes, enjoy! Troll (smiley-face).

"Hmmm, Bug-Eyed Buhl. That seems familiar. I think that card might've been on one of his blogs."

"night owl said: That Buhl card is GREAT! I'm going to have to acquire it, as it gives me an instant post idea."

I have a vague memory of writing that comment and I do think the card is great. But I have no idea what the instant post idea is. None.

Let me just say that I rarely drink when I comment, and everything I say in the comments is what I truly believe. I think this is just a case of "it sucks to get old."

I've been wracking my brain for over two weeks now trying to figure out what marvelous idea I had involving the Bob Buhl card that would make for one jaw-dropping post.

But I'm afraid it's gone forever.

It's still a great card in a very weird, hypnotized-by-aliens sort of way. Kind of like this: 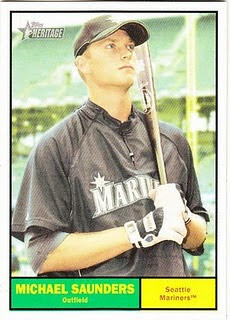 But I don't think that was the post idea.

Oh well. I might as well show the rest of the cards Troll sent before I forget what I'm even doing here.

As you know, Troll held a group break and then sent out all the cards without showing them on his blog. I voted for seeing the cards on the blog, but I think I was voted down. Among the cards he sent were a whole mess of O-Pee-Chee: 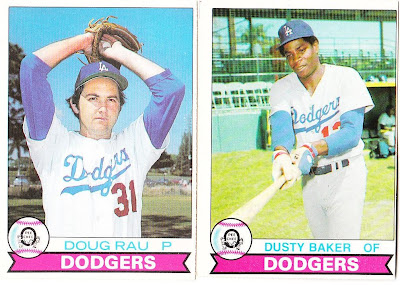 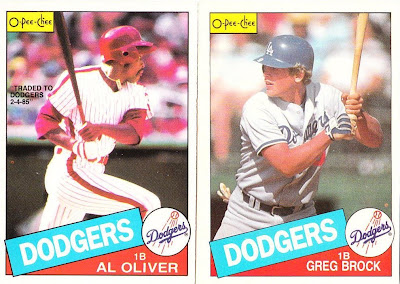 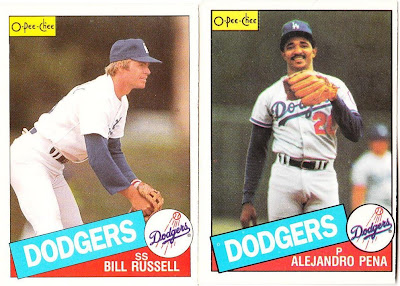 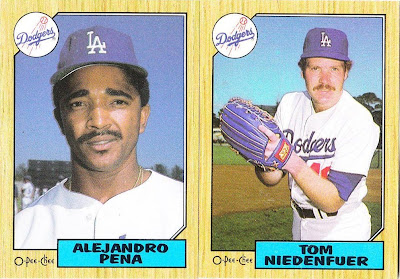 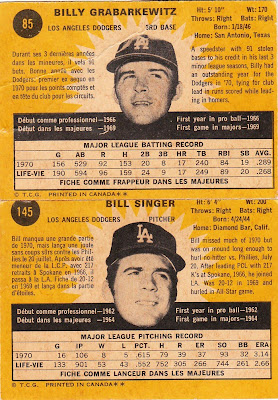 Isn't that terrific??!! Writing on photos! Floating heads! Niedenfuer trying to impress me with his blue glove but I still know that he gave up that home run to Clark!

There were a few other OPC needs as well, but before I forget what I'm writing about let's move on to the unopened packs Troll sent. There was Topps Baseball Big and Leaf and those little mini cards from the late 1980s whose name escapes me now -- and that is a very old person thing to say! 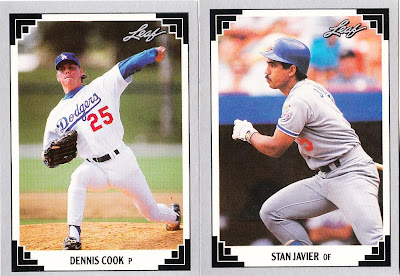 Then I opened the Baseball Big cards. 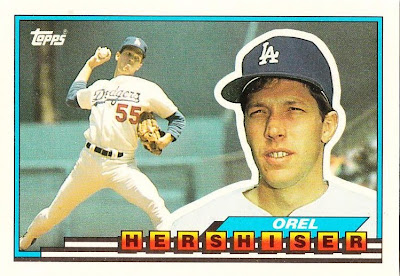 A Hershiser card I needed! Astounding! I hope I'm not just forgetting I have this card already because I'm old! But I'm pretty sure I need it!

Then it was on to the Donruss Top of the Order pack, and since I had never even heard of it before, I knew there would be cards in there I didn't have. 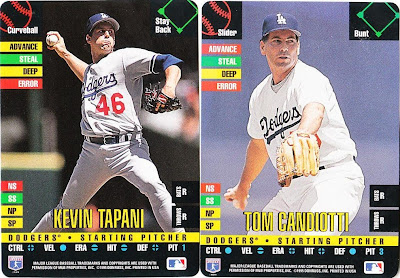 And there were two Dodgers I needed in that weird card game set, too!

The mini '80s card was the only pack that didn't yield any Dodgers. 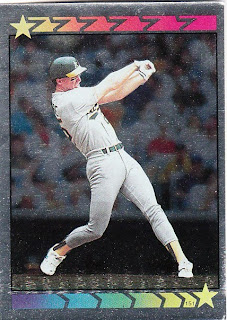 Troll also tailored the card package to my particular wants. He sent the Billingsley-Sutton relic card that I showed earlier. And he also sent these: 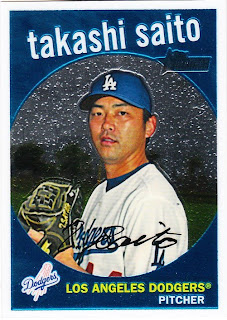 A shiny chrome Saito from back in the days when I didn't worry about the bullpen. 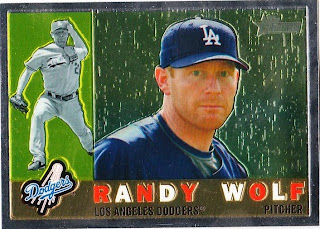 A shiny chrome card of a guy the Dodger brass let get away for nothing. 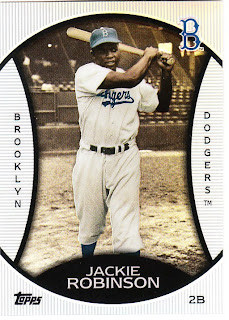 A super spiffy shiny cereal box refractor of Jackie from this year. 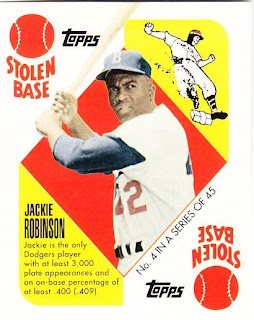 And the mini Target card of Jackie that I've been trying to obtain for over a year.

All tremendously terrific cards. I only wish I knew what I was supposed to write about with the Buhl card.

Anonymous said…
LOL WOW!!! Buhl! That's got to be the most hilarious card I've ever seen!

And what's up with the Hershiser card?? Another hilarious card. Looks like he's trying to smack himself in the head with a fastball. Like, in the absence of an angel or devil on his shoulder, he's only got himself beating himself up...and he looks a little dazed, like he's already been hit in the head a few times and wondering what just happened LOL
August 23, 2010 at 8:19 PM

Charles @ Hoopography said…
That Buhl card is pretty creepy, but cool to see a '61.

It almost looks like McGwire doesn't even have a bat in his hands. Like he just smacked a homer with his bare PED'ed forearms.
August 23, 2010 at 9:54 PM

SpastikMooss said…
That Buhl is also the oldest card I received from the Million Card Giveaway. Such a great card.
August 23, 2010 at 10:02 PM

Collective Troll said…
When I first saw the Buhl card I thought "I have to have that! It will be the centerpiece of my best post ever". Then I got it home and it sat for 8 months before I put it up in a lame post. I thought I would pass the Bug-Eyed Buhl torch to you... Oh well, I guess its cursed and zaps the creativity from all who own it. Great post despite the Buhl. It sucks getting old. I caught myself yelling at the internet the other day... Telling it to get off my lawn. Cheers!
August 24, 2010 at 9:40 AM