You knew just what I wanted 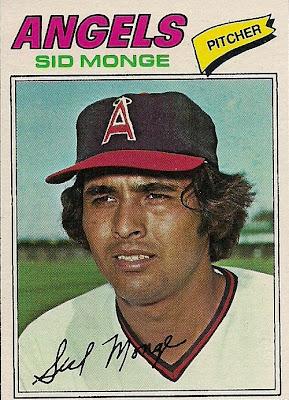 Finding a blog without a want list is similar to coming across certain people around the holidays (not naming any names) who say things like, "you know what I like," or "it's not a surprise if I have to tell you."

OK, fine. Then that anvil I bought you last September must have been a smashing success. I got the "surprise" part down cold.

Lists may not be romantic or spontaneous, but they are effective as hell. And with the way most people's lives are these days -- including mine -- they are absolutely necessary. I don't know 'bout you but I don't have time to interpret smoke signals.

The benefits of lists have been displayed on this blog probably hundreds of times now. I have a rather extensive group of want lists. They're not complete and they're not thorough. I neglect to update them constantly (for those pulling their hair out looking for my 2013 Opening Day list, I do apologize). But I never regret the time I spent researching and compiling them.

Nor do I regret the day I put up the Nebulous 9 list on the sidebar. It has been terribly helpful.

You may note that the Nebulous 9 is at its lowest point ever. Just a mere four cards now (with one on the way).

The Five Tool Collector took my list and splurged on five cards off the list. Actually, six. But one card wasn't really on the list, as we will soon see. 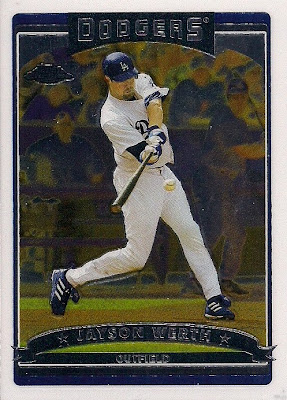 The Jayson Werth 2006 Chrome card had languished on the Nebulous 9 the longest of the cards I received. This is when Werth was fairly clean-cut and not as good at his job. But he was able to complete my '06 Chrome team set, so nicely done pre-prehistoric Werth. 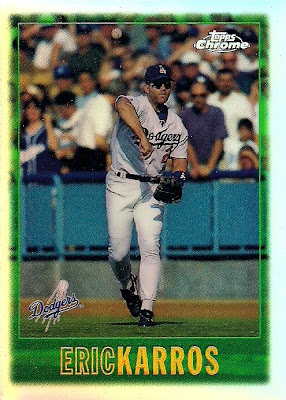 More Chrome. This was the final team set need from '97 Chrome. I like the chrome cards in this set a lot. A big step up from the debut year of Chrome in '96. 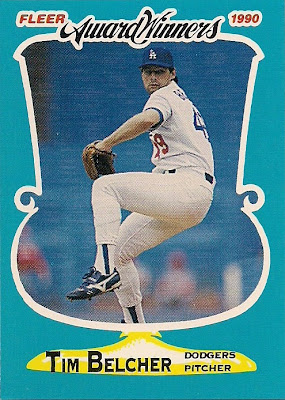 One day, I am going to go on an online shopping spree of nothing but oddballs. It's been penciled in. I particularly like these '90 Fleer Award Winners cards. But the trophy outline is rather odd. It looks like Bart Simpson's head at age 50. 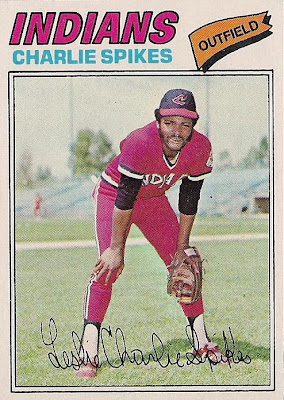 Charlie Spikes and Sid Monge, up top, came as a pair, for the second time in a couple of weeks. Yup, someone beat Commish Bob to the punch. But that's OK. 1970s sets are always fun to upgrade. And these are super sharp specimens.

By the way, I maintain that the magenta uniforms the Indians wore back then had to be the most humiliating of them all. Why? Well, unlike the Astros, Padres and other '70s uniforms, I'm sure these Indians bloodclot designs could be mocked from space. 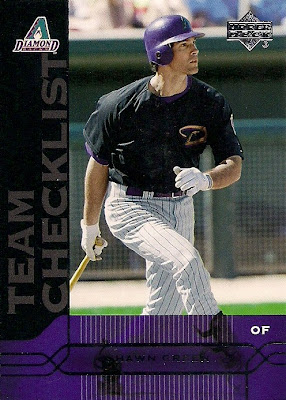 Oh, dear. Did I really have a Diamondback on my Nebulous 9?

Actually, no. And Commish Bob suspected as much, saying he had his doubts but at 10 cents, it was worth the gamble.

This is the card that was on the Nebulous 9: 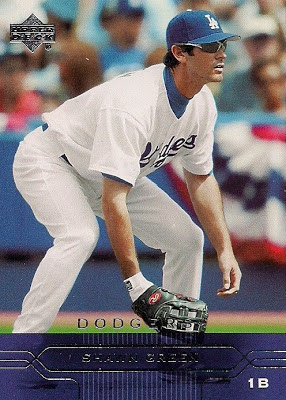 I received it a few weeks ago from Cards On Cards. But Upper Deck sure made it confusing with multiple cards of the same player but with a different uniform in the same set. Us old-timers will never get used to that.

Still, attempting to pick off a full six cards from the Nebulous 9 in one shot is admirable work. Commish Bob must be quite the gifter.

The Nebulous 9 will return to its usual nine-card strong format as soon as I can properly determine which cards that I lack are pestering me the most.

Until then, thanks for cutting my list down to a Feeble Four.

You knew just what I wanted.

Commishbob said…
That's me, a day late and a shawngreen short.