Opening day seems so far away 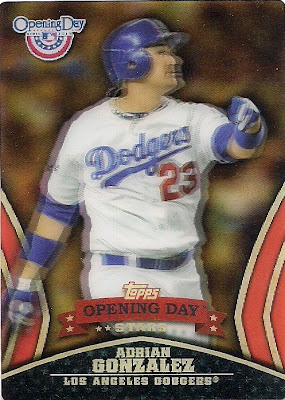 The Dodgers aren't doing all that great here in the early season. It's not much of a surprise, when the World Baseball Classic takes away your shortstop and a deluded mound-charger takes out your No. 2 pitcher, but it still makes me aggravated.

I'm not one of those fans who thinks Yasiel Puig should be called up and Matt Kemp benched (I can only imagine the lives of people who suggest this -- "My shoelace broke! ... THAT'S IT, I'M NEVER WEARING SHOES AGAIN!"). I'm much less reactionary. When someone mentions the Dodgers these days, I just mumble something about "three weeks into the season," grumble, and then sigh.

To illustrate, I'll show some Opening Day cards I received from Matt of Once a Cub and Jack of Baseball Dad's All Tribe Baseball. 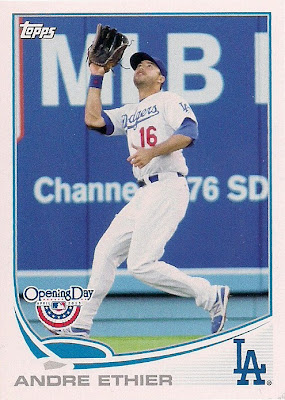 Ah, Dre. If we're talking about replacing someone with Puig, here's your man. I used to like Ethier quite a bit, but now I wish he had been dealt to the Red Sox while the Dodgers had the chance. Ethier actually is hitting lefties pretty well in the early going, and he just blasted a three-run home run against the O's this afternoon. So somebody is in a hurry to make this post irrelevant before it's even published. 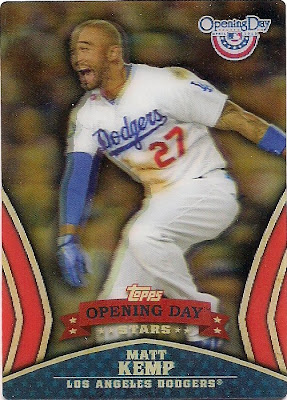 My goodness, what a lost soul. How about we send Kemp home and tell him the season really starts in May? 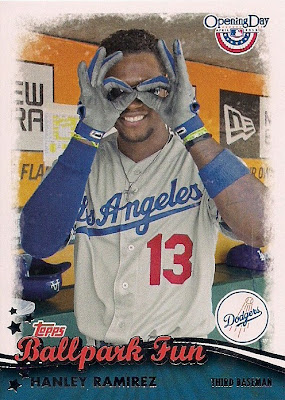 Ramirez is looking very good in BP as he gets closer to his return after being blind-sided by the World Cup. Of course, I'm not concerned about his hitting. I'm concerned about him venturing into that sink hole in the left side of the infield. 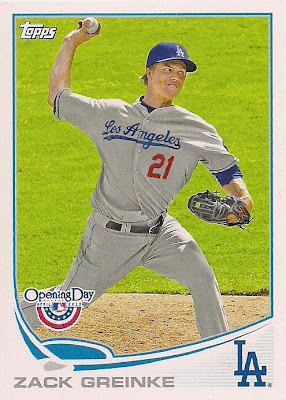 The amount of blame pointed at Greinke for what happened makes me sad for ... well, everything. I could write a post about this that probably would be the longest one I've ever written, piss off a lot of people and kill my readership. So, I'll just leave that one alone. 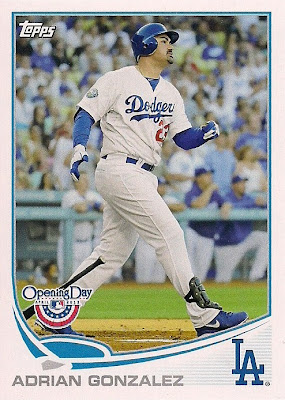 When Gonzalez hits a home run, I sigh with relief. That's not the proper reaction. 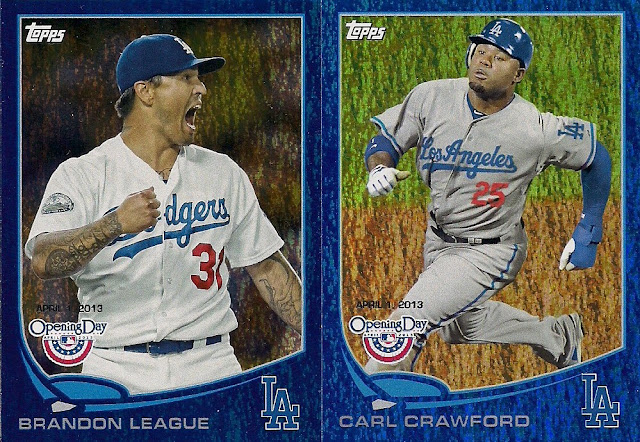 On the left, is the fairly successful Brandon League, who I don't trust as far as I can throw his tattoo artist.

On the right, is Carl Crawford, who makes me want to look up every single article I read online that went something like "The Dodgers overpaid for a guy they don't even know is going to play again," create a blog that's called "Speculative Blowhards Who Want You To Think They Know Everything But Really Know Nothing" and post every one of those articles there.

Now watch Crawford blow out his knee tomorrow walking down the dugout steps.

As you can see, writing about my favorite team these days can make me cranky.

Which is why I prefer to stick to the cards.

Here are some other non-Opening Day cards sent to me by Once a Cub (I'll be getting cards together for him soon): 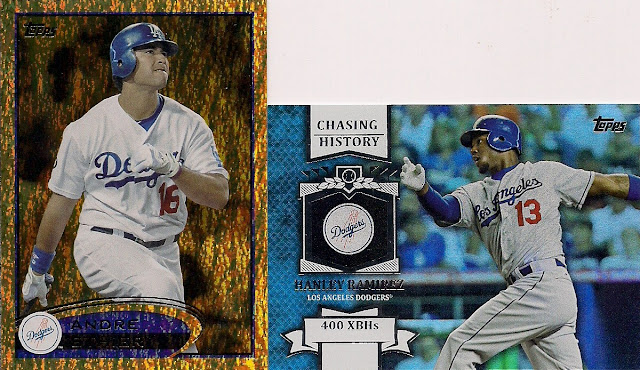 And by All Tribe Baseball: 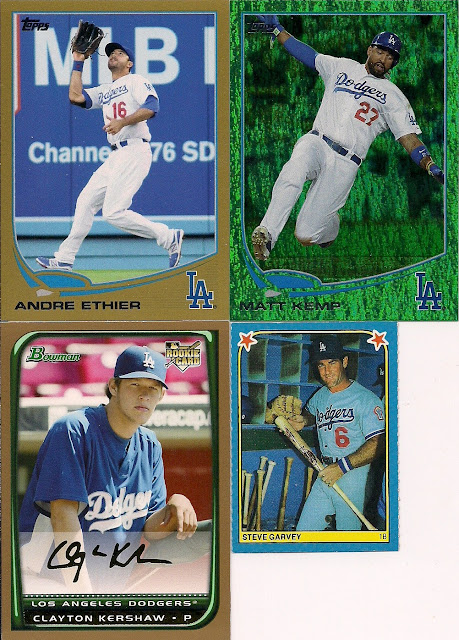 I threw that Garvey sticker in there to show the current Boys in Blue how it's done.

Have a better May, June, July, August, September and October, gentlemen.

1) We took James Loney off of your hands. To include both Loney and Ethier would have just been mean.

Weston DeShon said…
Ethier looks like he crapped his pants in that gold sparkle shot.
April 20, 2013 at 7:56 PM

Unknown said…
I could probably write an equally lengthy post about how terrible the "airbrushing" on Grenk's jersey is. lol
April 20, 2013 at 8:59 PM

Marcus said…
Carl Crawford is playing like a man possessed. Count me in as one of those who didn't see that coming.

I can't imagine any amount if opinionated posts killing off your readership. Lines about never wearing shoes again and throwing tattoo artists are some of the reasons why.
April 21, 2013 at 12:56 AM

Brian said…
Ditto for the Jays. Just wish I could express myself as eloquently!
All I can come up with is "Boo on the pitching, boo on the offence, boo on the defence".
April 21, 2013 at 7:05 AM

Anonymous said…
I would love to read your post about Greinke. It's a particularly hot button subject for me too.

xI think it's similar to the hockey player who attacked another player with a stick.

In short, He should be suspended until the injured player gets back on the ice / field.

I know people charge the mound fairly frequently in baseball. When nobody gets hurt, they get a one game suspension and move on. That's fine. 8 games is a joke, even if it's the longest of any such suspension. For 8 games, the Reds should be calling up some A-ball guy and tell him to run down Adam Wainwright with the intent to bludgeon maim and kill.
April 21, 2013 at 9:33 PM