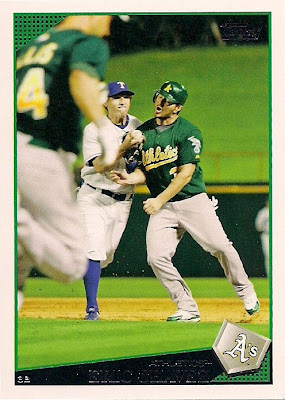 I bought a Fairfield repack rack pack a couple of weeks ago and this card fell out. My first thought was "I have this card already." My second thought was, "hey, this is a night card. I can put it in the binder."

I didn't even think of the most obvious thing about the card.

It was of an Oakland A.

I like repacks a lot. I usually stick with the rack pack variety. They're good fun, especially now, when I'm not interested in current cards. But I have noticed one thing peculiar about them, outside of all of the unholy love for the 1990 Kmart set. 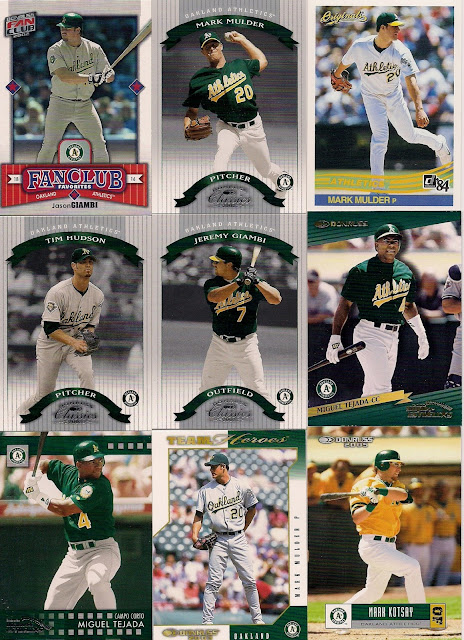 They are filled with Oakland A's.

Have you noticed this, too?

I'll admit I'm hoping my biases aren't swaying my perception here. First, the cards I have shown and the cards where I most notice the Oakland A's are all from between 2002-05, a black hole in my collecting timeline and a reason why I buy rack packs, to find cards from this time period.

Second, I tend to accumulate Oakland A's, because there are so few A's traders out there.

But that reminds me of some of the other teams I see a lot in rack packs. 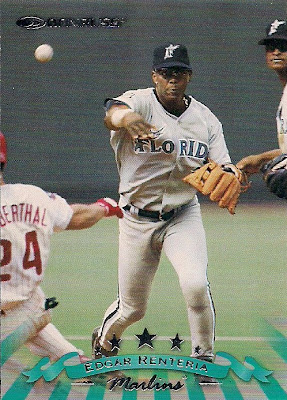 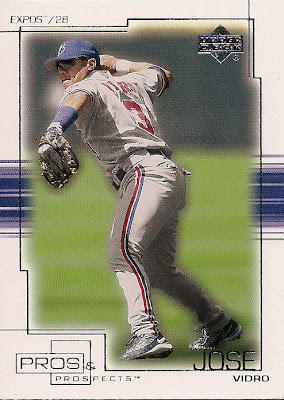 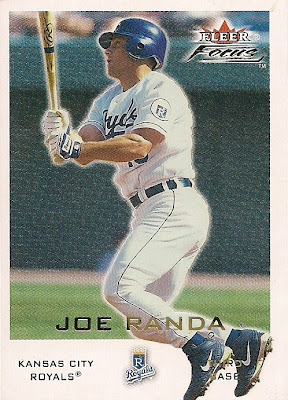 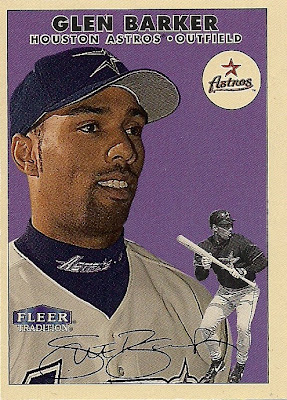 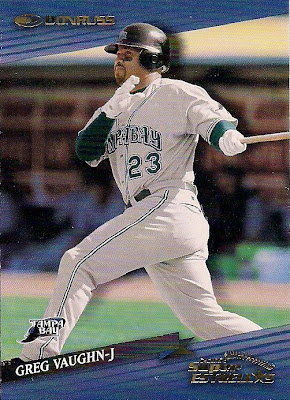 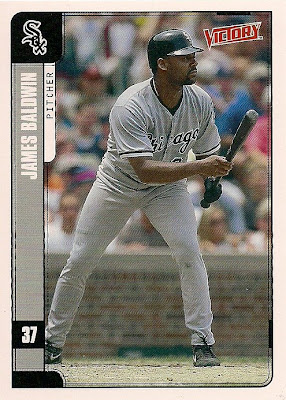 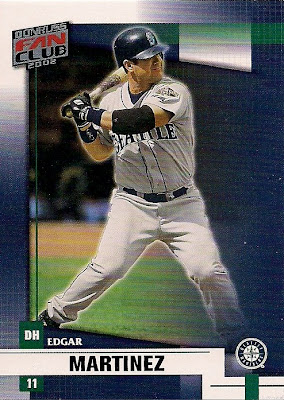 
What do all these teams have in common?

Just like the A's, there are relatively few collectors -- among bloggers -- who collect these teams. While with most teams I can think of four or five or more bloggers who are fans of those teams, the teams above I can think of one or two for each, if that many.

I think group-breakers will agree as these are the teams that are most often left untouched.

And if you extend it out to the greater fan public, some of the teams I just listed are known for having a small fan base (or none at all, in the Expos' case).

So, looking at it that way, I don't think rack packs are out to get me. I don't think that this is just a case of  -- "I PULLED ANOTHER MARLIN, I CAN'T TRADE THIS TO ANYONE."

I honestly do think the rack packs are overloaded with certain teams -- the A's and Marlins in particular, but also those other teams I listed, too. (I've also noticed a fair amount of Padres, Reds, Angels and Pirates. They might not bother me as much because I can usually trade those teams off).

And I also notice certain teams don't show up nearly as much. The Yankees in particular.

So, I'm guessing that there is a surplus of A's cards out there somewhere, and repacks are being inserted at a rate of four A's cards for every Mets, Red Sox and Yankees card.

That doesn't mean I'm going to stop buying repacks. I'm still hoping an Oakland fan will pop up somewhere willing to grab all my excess A's.

I'm just wondering if anyone else has noticed the same thing.

Awesome Night Card binder candidate: Eric Chavez, 2009 Topps, #495
Does it make the binder?: Yup, it's a unique card that's for sure.

Swing And A Pop-up said…
I have never paid enough attention to realize what teams are showing up frequently in those. Although I do know what team isn't showing up enough.
April 21, 2013 at 7:42 PM

Fuji said…
Never really thought about it. I'll have to check out my recent Cardboard Cache cards to see if I'm loaded with Athletics. Hopefully they are... because I'd rather have a bunch of A's, than any other team (except maybe the Padres).
April 22, 2013 at 12:18 AM

madding said…
My theory is that all of the A's fanbase deserted the team after the Bash Brothers left, and they literally have zero fans left. None. Not one person has ever emailed me to disprove this theory, so I'm stuck using piles of Eric Chavez and Mark Ellis cards as a footrest.
April 22, 2013 at 6:38 PM

Fuji said…
madding - Can't speak for all A's fans, but I've been faithful to the Athletics since I started watching baseball in the 70's. They are the team I've rooted for the longest in any professional sport. If you're tired of using those cards as a footrest and are interested in donating your Chavez, Ellis, and any other Oakland Athletics featured on cardboard... let me know and I'll give you my school's address. I'm sure I can find a few A's fans on my classroom roster.
April 22, 2013 at 7:27 PM