It was a good day 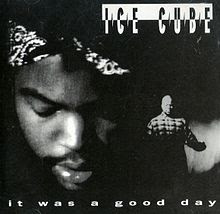 But sometimes I look at my blog posts and they aren't simple at all. A lot of them are long and over-the-top. The opposite of simple. That disturbs me sometimes.

So I thought I'd do something about that and write a simple post.

Today was rather complicated. There were computer problems. There was an accident in the city that knocked out power during rush hour. There was my daughter's homework in which I had to teach myself a math concept that I hadn't thought about in 30 years. And this was all on a day off for me.

The day was frustrating. Infuriating even.

But it was a good day.

Because I crossed off the last card I needed to complete my 1995 Score Dodgers team set. 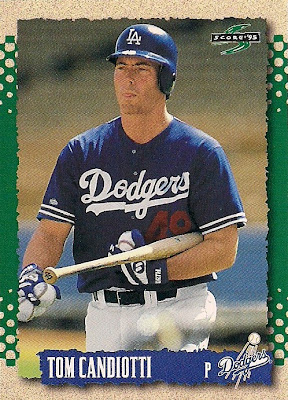 There is Tom Candiotti now.

The card arrived to me from Matt of Card Anathema. It actually showed up several weeks ago along with this card: 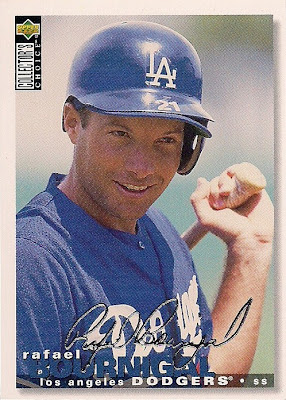 They've been sitting on my desk for a long, long time. Because the world likes turning the simple into the complex.

The delay just gave me the opportunity to make today the day that I crossed the last need off my '95 Score team set want list.

In a collector's world, that's a good day.

Sure, for Ice Cube a good day was playing basketball, throwing dice, watching TV and ... you know. But we can't all travel in those circles. For a card collector, a good day is knocking that last item off the list. And I got to do that today.

Matt, I've been delinquent in putting together a package for you. But I took care of that today, too.

If I was clever, I'd transform a photo of Ice Cube cruising South Central L.A. while scribbling Tom Candiotti's number off his want list. But that's too complicated. And I like to keep things simple.

So I'll just do this:

Even if there were times when I felt like using my AK.

Spiegel83 said…
I wonder if Cube still rolls though South Central or if he has closed himself off in a nice home in Malibu.
April 17, 2013 at 8:39 PM