The things I do for card shops 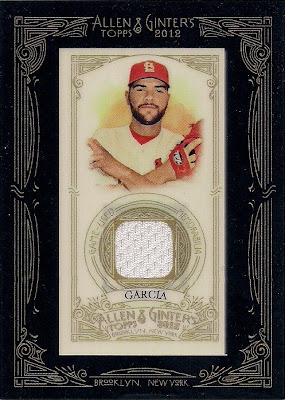 I'm afraid this is going to be another "the card shop let me down" post. I don't like doing this. But the name of  the game with this blog is "night owl's journey through collecting," in which I literally let the cards fall where they may.

Besides, it's not a scathing indictment. More of a "woe is me" write-up than anything else.

Anyway, I think I've made it known that I go out of my way to give card shops a shot. They barely exist where I live, but there I am, going the extra mile. In fact, just last month I walked into my town's card shop with which I basically had cut ties. One more chance, I said to myself.

I was shocked when I arrived there. The overpriced boxes were gone. The individual Yankee hits for sale were gone. All that was left (besides the clothing and memorabilia that bore me to tears), were some opened boxes holding 2012 packs, behind the shelf.

"What do you have?" I said with a confused look on my face.

"I dunno," I said. "Archives, Heritage, something like that (it was before A&G came out)."

"You could check Walmart," he said.

Did I just hear a card shop employee tell me to check Walmart?

What is going on?

OK, so I walked out of there assuming that there would be absolutely no cards in that shop in another six months. At least I don't need to waste my time anymore.

But I still want to give card shops a chance. Not just online. But in person.

This is why whenever I am in Buffalo, I go to Dave & Adam's Card World. I've enjoyed shopping on their site when I have the cash, but as a lucky person who knows Buffalo inside and out, I get to see in person what everyone only knows online.

D&A boasts four card shops in the Buffalo area. That's a bit deceiving, as you will read soon. Their main shop is in Tonawanda, a northern suburb of Buffalo. It's on Sheridan Drive, which is the main northern drag in Buffalo. Imagine any stretch of road with chain stores for miles and miles. That's Sheridan.

I've been to that store a couple times and bought a box of A&G there.

Another D&A shop is in Orchard Park, on Southwestern Boulevard, very close to where the Buffalo Bills play. But that is a significant hike. I lived in Buffalo for five years and the only time I ever went to South Buffalo was for Bills games. No way I'm taking an hour to drive to a card store.

That leaves the shop in Williamsville, a fancy pants Buffalo suburb I know well. It was actually the second D&A store to open and the shop I visited last year to grab my first glance of Topps Lineage. I made another trip to the store a month-and-a-half ago. It wasn't open at the time, and I saw a sign on the door that said "moving to our new location July 22."

Their new location is in the Eastern Hills Mall, a mall that is filled with childhood memories for me. When it was built, it was very large for its time. We were very impressed as kids. But on this day, I was only frustrated.

With family in tow, we stopped at the mall and parted ways. I went looking for the new D&A card shop. I checked the map legend at the one entrance. No mention of D&A. "Probably too new of a store to get on the map, yet," I thought, and began my journey.

OK, I thought. I missed it. Better walk the route again. I didn't mind. If I've learned anything the last eight months, it's that walking is good for you.

Down one side of the first corridor again, and up the other. Scanning in each direction. Turning the corner, again and again. There was a train hobby shop. But no card hobby shop. I had two tours of a large mall to prove it.

Finally I had convinced myself, D&A wasn't there.

Maybe they were still back at the Williamsville location.

I sat down with my phone and called up the site.

You're seeing what I saw. And what you will see if you go to the D&A LCS site.

The Williamsville location claims to still be there. (I called the number, but I didn't get an answer).

I returned to my family who was still immersed in that achingly dull clothes-buying ritual and waited it out without losing any of my sanity. I sheepishly asked if we could check the shop after leaving the mall. My fantastic wife agreed.

It was only up the road. We got there, pulled into the lot, and the building was vacant. The sign was empty. No mention of an LCS in the mall. Certainly no LCS where I was looking.

I'd been duped by false advertising. Or maybe D&A just couldn't update its website in an effective manner. I began to get the impression, while sitting on the mall bench with my phone, that it's not a big concern to them as it took me minutes of paging through Yu-Gi-Oh boxes and sports jerseys on sale before I could find where their retail sites were located. As long as the website is making it money, then the LCS shops are secondary.

But it was deflating because unlike many of you others, it's really the only chance I get to go to an LCS. I'm not really hung up on the camaraderie that some feel when they go to the hobby shop. But I like the chance of getting something that I won't get in retail once in a while. In person. Not after waiting weeks for it to arrive in the mail.

Now that chance was gone until the next time I'm in Buffalo. Maybe.

What I always do when I'm frustrated and can't get my card fix.

I went to Target.

I got a blaster of A&G. Nothing great. The relic at the top will go to whichever Cardinals fan (probably madding) with whom I can arrange a suitable trade (the relics in A&G, I've decided, are pretty dull this year. And each one I've pulled has been nicked).

And I bought one of those rack pack repacks because they always make me happy. 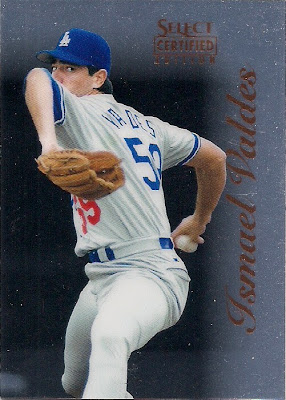 A Dodger card that I needed (not an easy achievement out of a repack). 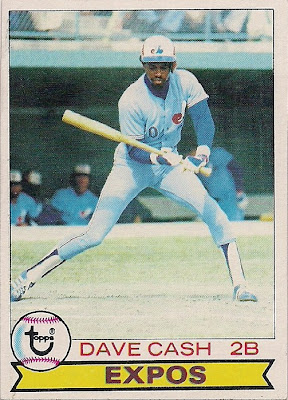 A great old-school card from my youth. 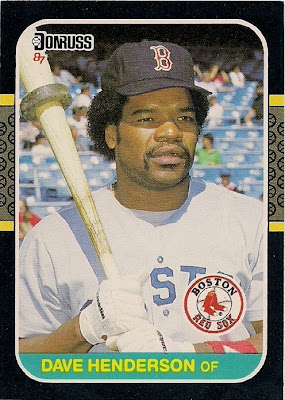 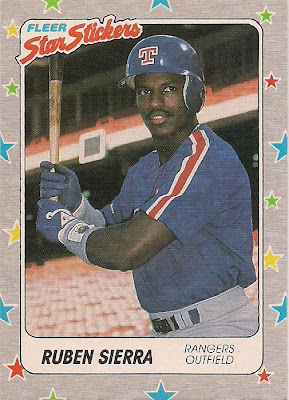 Two nice pulls for their time. Henderson just coming off one of the most famous playoff home runs of all-time, and Sierra with an epic 1987 season. 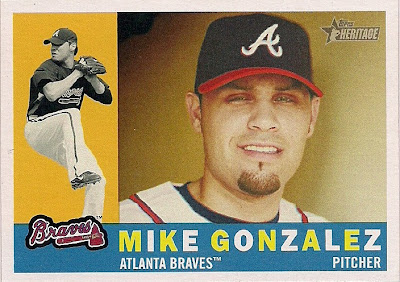 They're putting 2009 cards in these repacks? That was a nice surprise.

Definitely not anything you'd find at an LCS.

Fortunately, I'm not really an LCS kind of guy.

The LCS's keep reminding me of that fact every time I try to go to one.

Weston DeShon said…
Hey, maybe I could give you an even better trade for that card. Email me if you would like to trade.
August 14, 2012 at 8:04 PM

SpastikMooss said…
I've been there before. Our place in Indiana was like your place with just the 2012 Topps (only my guy was only selling random terrible singles and vintage complete sets (and when I say vintage I mean the less valuable 70's and stuff like 1986 Topps, all overpriced and all of no interest to me).

So one day my brother and I drove out to a card shop. It was like 35 minutes away...and we get there...and it's a mall? So we walk all over looking for the store and can't find it. And then we realize the kiosk next to the DQ is IT. Some guy selling some pennants and a few fake jerseys and a couple boxes of some basketball product. So deflating.

madding said…
Even better than a stack of expired Todd Helton ToppsTown cards? Ha. Anyway, I am apparently buying a Garcia A&G jersey card from Kyle4KC. I actually have a few more cards to send, though.

Dhoff said…
Depressing tale, my friend. Nothing worse than trying to support an LCS and then that LCS giving you the we-no-update-our-website finger.
August 14, 2012 at 9:51 PM

Captain Canuck said…
I really have to move and live in the U.S. before I die. How convenient everything is for you guys.
I read many blogs that say, "I don't go to so and so because it's 30 minutes away"....
What is it like to live in a bubble? Where you are born, grow up, and die, all within 3 blocks?

I must be missing out on something.
It's a 25 minute drive to the nearest Safeway.(grocery store)
It's a 50-55 minnute drive to work. (In the same city)
There are two card stores I frequent... one is a 35 minute drive, the other is an hour away. (again, same city)
This is nothing. We don't think anything of it, it's just the way it is.

The differences between Canadian and U.S. living never ceases to amaze me. We are so similar, and yet so different.
August 14, 2012 at 10:04 PM

Unknown said…
Makes me feel lucky to have a good card shop 10 minutes from my house. They have a great selection of new stuff( not my interest , but a lot of it) plenty of autos and an ever changing array of singles and bargains sure to please almost any collector I have read on here. i hope you guys have better luck...
August 14, 2012 at 10:29 PM

Every time I'm in Canada, I am amazed at how far you have to drive to get anywhere, unless you live directly in a decent-sized city.

Play at the Plate said…
I'm going to open a card shop that is so centrally located, every blogger will be able to come. I know what would work and draw in the customers. If only...
August 15, 2012 at 12:23 AM

jackplumstead said…
I have to agree with the Captain. My local baseball card shop is about a 7hour flight away...I would love a Walmart/Target within a 2 hour drive.
August 15, 2012 at 6:46 AM