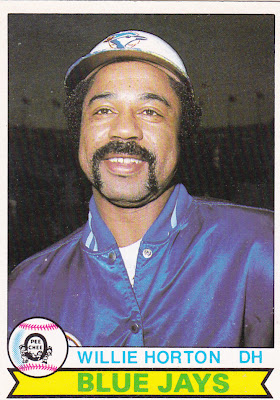 Today is "August Civic Holiday" in Canada. This particular day has always fascinated me as -- if I understand the concept correctly -- it is a day off for Canadian workers simply because it's the first Monday in August.

That's probably not completely correct as I know that some provinces don't recognize the holiday and other places don't grant workers a paid day off. But if someone, somewhere in Canada has the day off because it's the August Civic Holiday, then that is totally, totally cool. And the U.S. needs a random day like that.

It's small items like this that intrigue me about Canada.

If you were to ask me what I like about Canada, I could come up with the cliche answer -- the people are nice, they know how to play hockey, it's a good place to ski, there's free public health care.

But I tend to find things more obscure like the August Civic Holiday.

A few other things about Canada that I like:

3. It's freakishly clean. Anytime I'm in in Canada, it's the first thing I notice (and the second thing I notice is, gosh, I haven't seen a person for miles). Then, when I go back home, the second I get over the border, it's like driving into a garbage dump. We're pigs.

4. Tim Hortons. Yeah, I know, they're absolutely everywhere now. But back in the '80s, there was one Tim Hortons in the United States. It was in suburban Buffalo. I used to go there. And it was like a portal of Canadian donuts had opened up right where I lived just for me.

5. Driving. OK, certain parts of the QEW will shorten your lifespan. But other than that, I have gotten totally lost in both Montreal and Toronto and figured my way back without losing my life, my car, my money or even breaking a sweat. Not a single tear shed.

6. Maple candy. This is pretty much off-limit these days, but maple candy is one of the few food items that could put me in a coma.

8. The Toronto Blue Jays (and, when they were around, the Montreal Expos). For the last 20-plus years, it's been much easier for me to get to a Canadian city to watch an MLB game than to get to an American city. I can't say that anymore because of the current border-crossing hassles. But I sure enjoyed it while I could.

9. Canadian TV. I just mentioned this in the last post (yeah, I'm on a Canada kick). It really only applies when the Olympics are on. But I don't know of a single person in my city that watches the Olympics on American television. Not when we all receive CTV on our basic cable.

10. It's just different enough. I found this out when I went to college in Buffalo. I'd search for radio stations that were different from the same old stuff they were playing in the mid-1980s. "That's What Friends Are For" or something else awful. I found several stations out of Toronto that played alternative Canadian rock and it was awesome. It opened up a whole new avenue to me, and to this day, I still have some of those '80s Canadian bands on my ipod.

So enjoy your civic holiday today. That is if you get it off. You deserve it.

Brian said…
THANK YOU, Night Owl Gregg. You've made me feel proud to be CANADIAN. Lord knows we need all the help we can get in blowing our own horn!

I live just across the border in Niagara Falls, visit across the river every two weeks for groceries and such (your packaging portions and prices are fantastic) and feel at home browsing and shopping around N.F. and Buffalo.
August 6, 2012 at 8:28 AM

Robert said…
#1: Willie's logo on the helmet is backwards. The beak always points to the left.

#2: I'm thankful for the NHL network, because now I can watch HNIC on Saturdays. It reminds me of home each time I turn it on.

#4: Tim Horton's is really starting to pickup in Western New York and eastern Ohio...I'm sure before too long they'll be here in Western PA as well.

#5: When I lived in S. Ontario, the QEW was the road to avoid during rush hour. Absolute craziness...

#9: The amount of sports networks/channels in Canada increased quite a bit after I left. It's always a shock when I head up there and see Sports net, and TSN2.

Bo said…
There's at least one Tim Horton in NYC now, too. I pass by it on the way to work. I had no idea who he was until I read about him on Scott Crawford's blog a few months ago. (NHL star with an interesting/tragic story).

Anonymous said…
We make up for the extra day in August by only getting three days for Thanksgiving weekend and having jack for holidays in November. :)

Today is "Simcoe Day" in Ontario.

I'm really annoyed that as a Jays fan, an OPC fan and someone who has held that card in his hand, I never noticed that the Jay was wrong. I blame an absence of Tim's from my system. Either that or an overabundance. The effect is the same.
August 7, 2012 at 12:27 AM