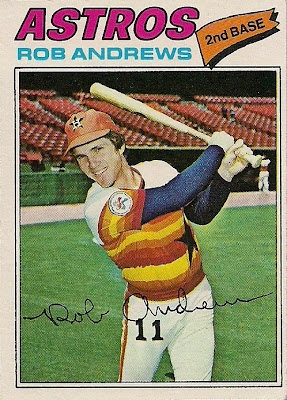 While I was on vacation, I found out how accessible 1977 Topps really was. People have been practically throwing the cards at me. And while I was away, they were even multiplying in my mailbox.

I had a nice, healthy stack of '77 Topps waiting for me from Tom of Oregon. He sent it simply as a fan of the blog, and that's always terribly nice. I aspire one day to have enough cards lying around that I can just send them off to people whose writing I enjoy (well, I do have enough of certain cards. Just not cards anyone would want).

As I was leafing happily through the cards, I did what I always do with '77 Topps. I turned them over and looked at the cartoons. 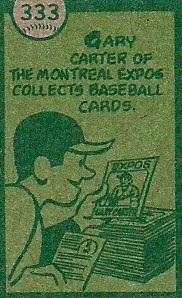 Outside of the cartoons on the back of 1956 Topps -- which are on a whole different bionic level than any cartoon that's ever appeared on the reverse side of cardboard -- my favorites are '77 Topps. They're well-done, informative and right up the alley of an 11-year-old boy. 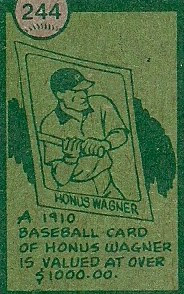 Look -- two cartoons about baseball cards!!! (Ah, the days when T206 Honus was only a paltry thousand).

Artists always intrigue me with their consistency. How are they able to produce so many different drawings yet the characters are all similar and consistent? No sloppiness. No faces out of proportion. Whoever did the '77 Topps cartoons is definitely one of my favorites in that area.

I know if I tried to draw 660-something different cartoons, they would devolve into stick figures about card No. 56.

And speaking of stick figures, let's turn the 1977 Topps cards back to the front. 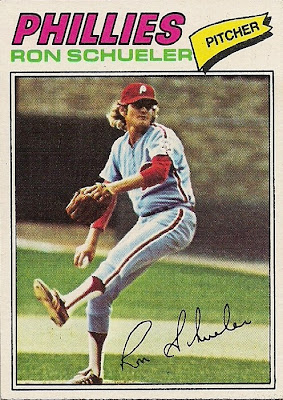 The other thing I noticed while leafing through is how damn skinny everyone was back then.

It's something I already knew and I'm sure everyone else already knew, too. Anytime you look at highlights from a baseball game from the '70s or '80s, the amount of toothpicks running around on the field leaps out at you. 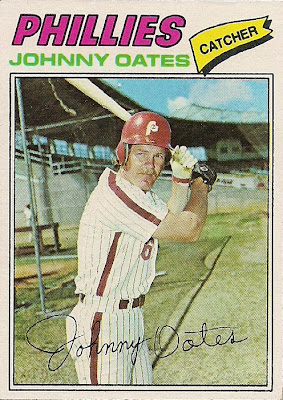 But I just couldn't get over it this time. Virtually everyone who wasn't pictured in a head shot looked like he'd be able to squeeze through a 3x5 bathroom window if he had locked himself out of his home. 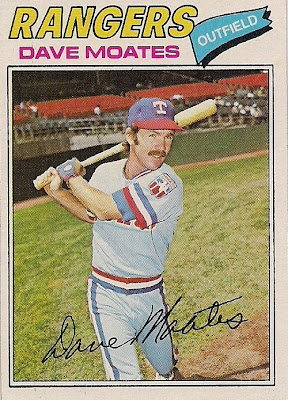 It seems like a foreign concept today. Skinny players? Able to play baseball? Where does their power come from? Do they wear down every 6th inning? Who'd want to see games with 45 singles? 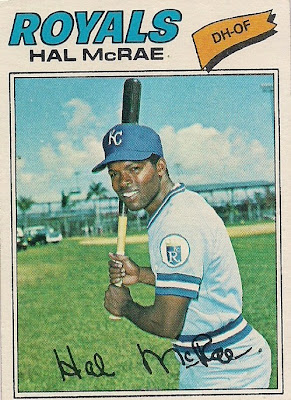 Even a guy like Hal McRae, who was kind of a bruiser when he played, looked skinny compared with today's players.

And I started to get nostalgic, as I often do.

True, this was the "Second Deadball Era." People could lead the league in home runs with just 32 of them. But while some people might not want to watch a sport like that anymore and need their bash ball fix, I wouldn't mind if baseball reverted to '70s style ball (I know it's moved back in that direction a little, but not entirely, as any Yankee game will attest). 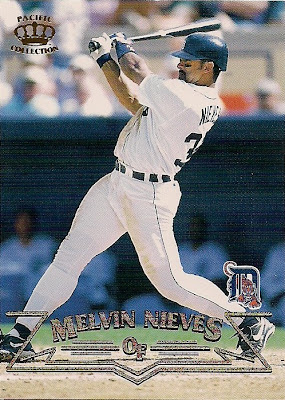 Anybody know who Melvin Nieves is? I don't. But it looks like he just hit a home run 9,000 miles. Look at the thighs on that guy. 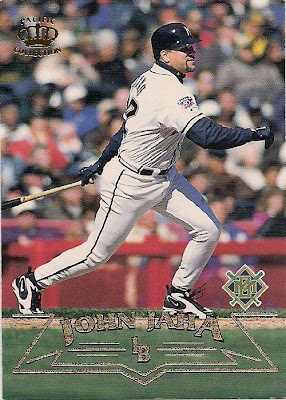 The 1998 Pacific Collection set is filled with behemouths, all of whom look like they just hit a triple grand slam while turning their bat to sawdust without even trying.

I wish I had more of these cards to show here, but I've since traded most of them away, mostly because I couldn't stand to look at the set. They didn't look like baseball players. They looked like weightlifters swinging bats.

I think 1998 is the year when this is most evident. 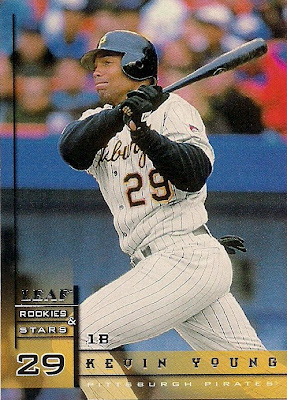 The Leaf Rookies & Stars set from that year is also filled with large guys doing large things. I'm kind of turned off by the set. Normally I obsessively organize sets that aren't in my binders in order by team. But for this set, I just plopped it in a box, totally out of order. I figure they can wrestle themselves into the correct order.

Even the '98 Topps set is full of muscle-bound thickness. 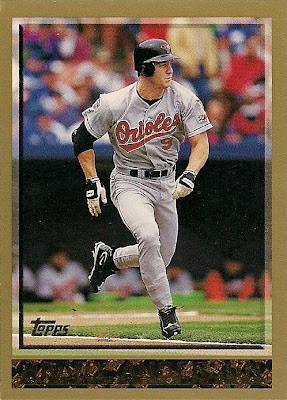 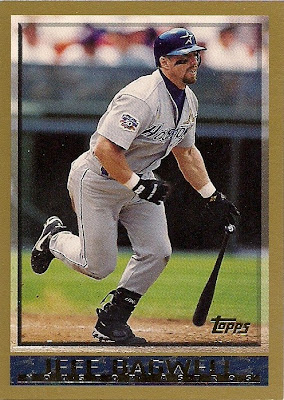 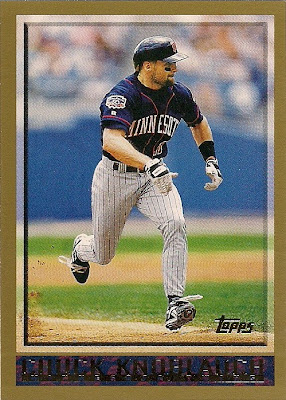 They can't even put their arms at their sides.

OK, so I picked three guys either implicated in PED use or rumored to be using PEDs. But these weren't the only cards that leapt out at me. There were so many more -- even the backs of the cards in which players were shown in muscle shirts with biceps rippling -- that displayed what we really cared about in baseball in 1998.

Of courses, there were a lot of reasons for players bulking up in the '80s and '90s aside from steroids. Better weight programs, an emphasis on the home run because of smaller parks. And maybe athletes simply evolved beyond the skinny minnies of the 1970s.

But after looking at the cards from Tom ... 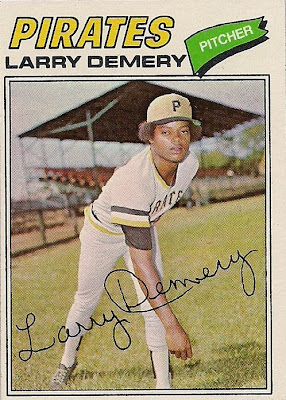 I miss those stick figures.

carlsonjok said…
A guy like Freddie Patek would never even get signed today. Forget about actually making the majors.
August 3, 2012 at 9:38 PM

Commishbob said…
That first card is ME!