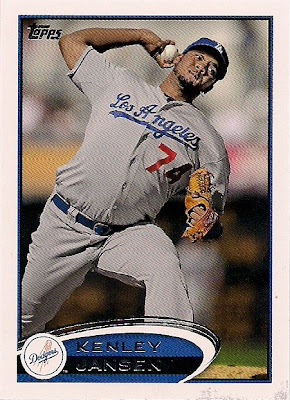 A couple of weeks ago, Nachos Grande held a break of 2012 Topps minis and I was conspicuously absent.

You'd think a guy like me -- as crazy for minis as I am, as dependent on retail as I am -- would jump at the chance of obtaining mini cards that are only available online.

But I already knew that some of the Dodgers from that set were on their way to me. For free.

Reader R.C. busted a box of 2012 minis and wasn't all that enamored with them and offered up the Dodgers he pulled. Ever so grateful, I accepted, and now here I am to say ...

I'm not all that enamored with them either.

But I'll start with the good stuff first.

First of all, I appreciate Topps' effort -- whether it was intentional or not -- to make the 2012 set memorable. Not since 1975 has Topps had a mini parallel set of the base set (I don't count 1987 because it wasn't a parallel and, except for the cards you could cut off the box, didn't look like the '87 base cards).

The '75 mini set is a lasting memory of Topps' 1975 cards. Sure, there are lots of great reasons to remember the 1975 set, but one of those that stands out the most is the mini set.

Now 2012 has the same thing. And it desperately needs it, because the more I look at the 2012 base set, the blander it gets.

I encourage Topps to do the same for a future set -- years in the future, not next year.

The second thing is that Topps is finally approaching the "correct" size of mini.

Sure, Topps can make the minis any size they want, but I prefer the EXACT dimensions of the 1975 minis. 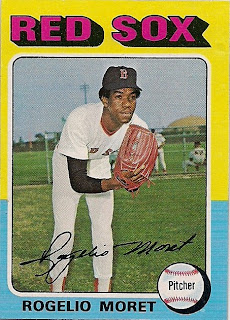 I compared last year's Topps Lineage minis to the '75s and they came up short, literally. 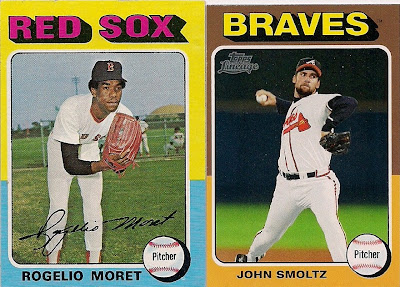 The Lineage minis were not as tall nor as wide as the 1975 minis. 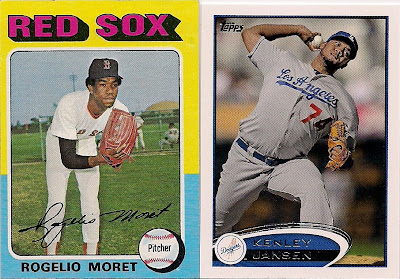 The 2012 minis are exactly as wide as the '75 minis and only slightly shorter than the '75 minis. They are the exact same height as the Lineage minis.

So, getting closer is good. The size of a mini card is important -- why do you think I dismiss all of those mid-1980s minis? Too freakin' small.

So there's that, too.

Finally, it's just plain interesting to see a mini version of the base set. I wouldn't want to see it every year because that takes away from the novelty. But once every 37 years I can handle. 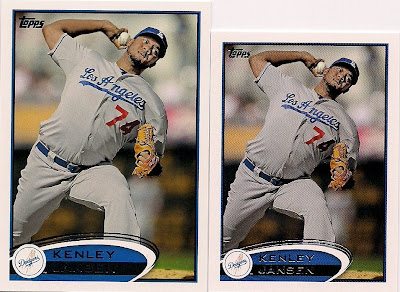 I mean there you are -- does that want you to run screaming with glee around the house? Usually I have to warn the dog before I prepare to view a mini. But there was no alarmed look on the dog's face this time. Because there was no gleefulness with these. Gratefulness, but not gleefulness. 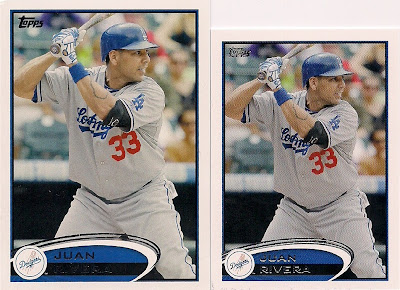 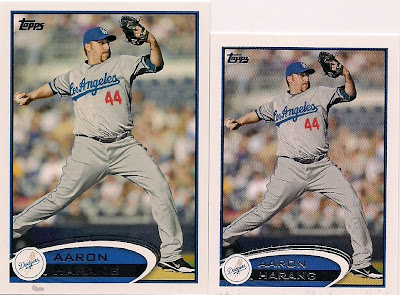 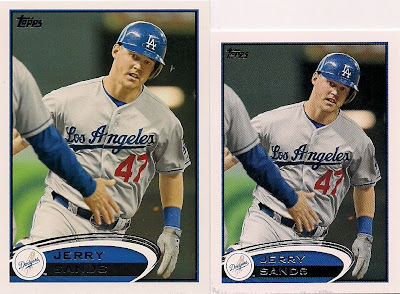 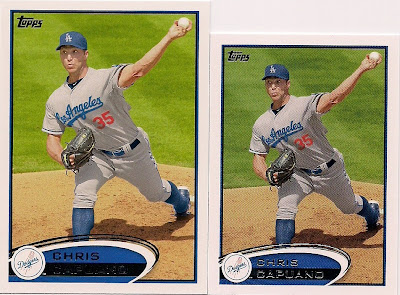 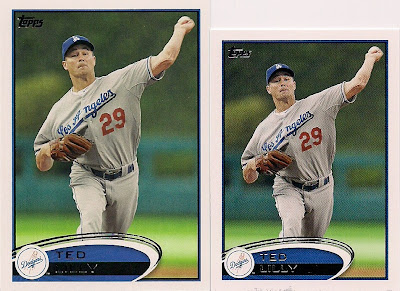 They're OK. But there are two issues with them.

One is the design. The reason that I LOVE, LOVE, LOVE 1975 Topps minis is that it is a mini version of the most colorful set Topps ever made. It's a fantastic set and to make a miniature version of it just amps up the awesomeness of the set. 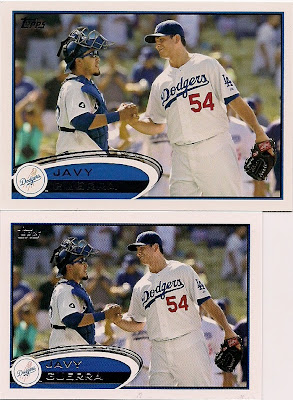 Even in horizontal format (there were some horizontal 1975 minis), it doesn't do a lot for me. 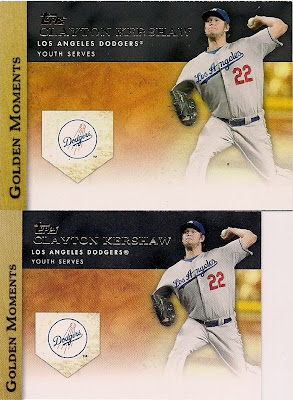 The other issue is a familiar one. It's the slick paper product that is used with cards today. 1975 minis had weight, they had heft. They didn't feel like a mild wind could pick them up and carry them away like today's cards do. And they don't sail across the scanner bed when you close the cover, like ... ahem, every post 1992 card.

The Lineage minis suffer from the same problem. But the reason I'm collecting them is because the design pays tribute to the 1975 set. 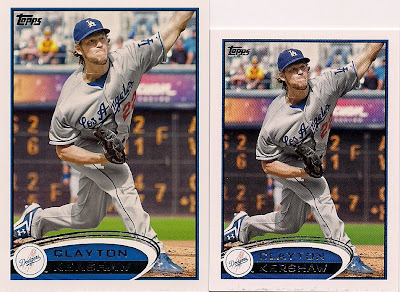 So, while I'm very happy that I have the Clayton Kershaw mini and now need to put the Matt Kemp, Chad Billingsley, Tim Federowicz, James Loney, Hong-Chih Kuo, Tony Gwynn Jr., Andre Ethier, Nathan Eovaldi, Juan Uribe, Mark Ellis and both Dee Gordon minis on my want list, the 2012 Topps minis are just not going to get a MMMIIINNNNNNNIIIIIIIIIIIIIIIIIIIIIIIIII out of me. 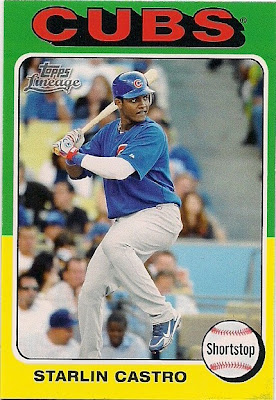 madding said…
I didn't know they mini'd up the regular inserts. I thought they only had some inserts that were exclusive to this set or something. That's kind of annoying. Not as annoying as a set that is a Topps.com exclusive, but still annoying. Also not as annoying as getting to a group break for this set 7 minutes after it was posted only to be beaten to the Cardinals by someone else.
August 23, 2012 at 8:38 PM

Jeff said…
As of right now, all three blogs are featuring Dodgers in the latest posts. 2012 minis here, Billy Grabarkewicz in the 1970, and Mike Marshall in the 1985.

night owl said…
Coincidence with the '71 and '85 blogs. But not much of a feat over here.

Also, if you have time, would you read this post and consider a post to all us loyal blogging followers of yours? You're the card blog guru and we are following you in our robes and shaved heads.