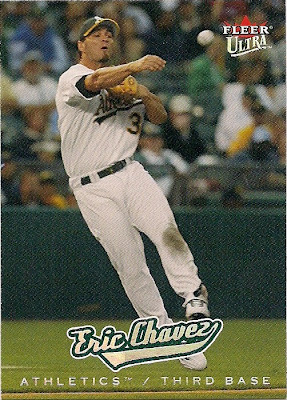 You didn't know I could have a favorite Yankee, did you?

Well I do, and I have. It's pretty much decided by whatever current Yankee irritates me the least. Back when I was a kid it was Roy White. During the '80s it was Don Mattingly. During the '90s, Bernie Williams. You know, the usual suspects for the anti-Yankee crowd.

In other words, the player isn't really my "favorite." It's just that I have these ridiculous needs to categorize everything and therefore every team that I see a lot of needs to have a favorite and least favorite player. It's an obsessive thing. And it's a relative thing. Don't think for once that my favorite Yankee is anyone I actually LIKE.

The last few years it's become increasingly difficult to select a "favorite" Yankee. My distaste for the team has grown to epic proportions and you can blame whoever you want for that. Michael Kay. Joe Girardi. Nick Swisher. Blow Fish Boy. The new stadium. Suzyn Waldman. The reasons are never-ending.

But then I heard a postgame interview with Eric Chavez on the MLB Network. I know it was the MLB Network because Chavez's quote would never fly on the Yankee Propoganda Network, aka YES. They would edit that quote right out.

I don't remember the nature of the question, but Chavez's quote was quite enjoyable. I wish I could recall it word-for-word. But it was something very close to this:

"I'm a West Coast guy. I never grew up wanting to be a Yankee. I wanted to be a Dodger or a Padre."

Why do I enjoy this so much? Well, you don't know how many times I've seen a press conference in which a player dons pinstripes and says something to the effect of "I always wanted to be a Yankee."

This always irks me. Sure, if you're a kid who grew up in NYC, then, yeah, I can see always wanting to be a Yankee (although I have more admiration for those NYC kids who are Mets fans). If you're one of the misguided many in Upstate New York who are Yankees fans just because they're within 200 miles of the stadium, then, yeah, I can even see them always wanting to be a Yankee.

But the rest? For those players, when they say that, I interpret it as, "I always wanted to be with an organization that can supply me with a lot of money."

Because, let's face it, the Yankees can make players ungodly rich unlike any other franchise.

But who wouldn't want that, you're asking.

OK, sure, I'm not being realistic. But I would like to think that there are players out there who simply want to earn a living playing baseball. That it doesn't matter if they can dominate everyone and shove everybody aside in a scramble for the most championship trophies. I mean they're making crazy cash no matter where they are.

Didn't any of today's players ever see "The Bad News Bears"? (The original, not the remake). 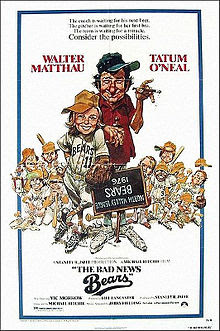 The Yankees were the bad guys. The kids on that team were bullies. The coach was a bully. The team's parents were the backroom deal types, popular in high school and working like hell as adults to make sure their kids played on the best team. They were smug -- all of them.

The Yankees coach's famous speech in the movie before the big game is about the fear of losing. "If you guys lose this game, each and every one of you, you're gonna have to live with it."

The movie is a scolding tale of the "win at all costs" mentality. A dismissal of the "winning isn't everything, it's the only thing," motto.

Doesn't anyone remember that movie?

Sometimes I think it's only the fans that appreciate "the game" part of baseball and put a little less emphasis on "winning." That's why the Cubs have so many fans. That's why we romanticize the Brooklyn Bums and the 1962 Mets. That's why there are still fans of the Indians and Astros and Padres. Thank goodness.

Sometimes I think players and coaches lose sight of that amid all the pressure and quest for cash and whatever else goes through their modern baseball player minds. I can hear Herman Edwards' quote running through my head, "You play to WIN the game."

I wish they thought about "The Bad News Bears" a little more often.

Eric Chavez, in that same interview, admitted that it was nice being on the Yankees. He said the organization is well run and it feels good to win more regularly than, say, the Oakland A's.

Winning is nice. I'm not saying it isn't. And I'm not recommending that anyone root for a perennial loser like the Cubs.

But Chavez obviously still remembers what it was like to be a kid and simply want to play and do his best.

Did you always want to be a Yankee?

Not the kid from L.A.

"I wanted to be a Dodger or Padre."

(P.S.: Eric, if the Yankees make the postseason, don't blow it for me by hitting some dramatic home run. You'll automatically lose your favorite status).

Commishbob said…
Ha! I grew up watching them closely yet rooting against them. My last 'favorite Yankee' was Art Ditmar.
August 20, 2012 at 9:02 PM

AdamE said…
How can you really have a favorite Yankee? Shouldn't it b somethign like least hated or least annoying? Maybe least douchiest, anything just not favorite.
August 21, 2012 at 11:09 AM