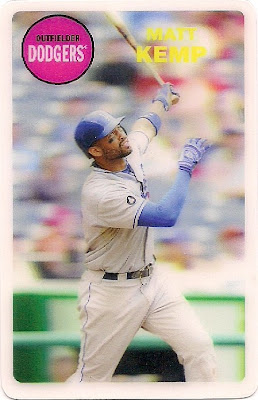 I have been having some trouble acquiring your basic variety 2012 Topps base Dodgers.

Why, here it is, late August, and I was still missing the majority of the Dodgers from Series 2!

And I run a respectable blog!

I was starting to feel ashamed.

But then I received a package.

Among other cards, these three popped out ... 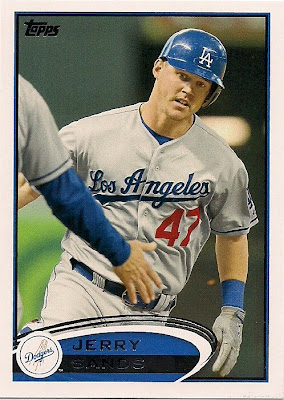 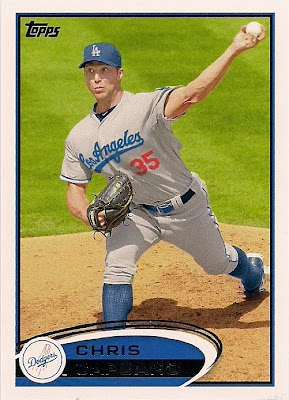 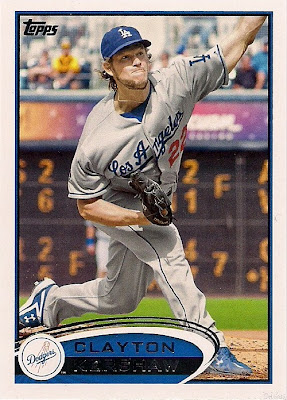 You have 50 of each card. You couldn't have sent one of them to me?

How long has Series 2 been out -- three months? I'm waiting this long to get a base card of Clayton Kershaw, my favorite player?

You know who ended up sending me these cards?

That's right, a guy from ENGLAND was able to send me basic Dodger needs from Series 2. And he doesn't even live on the side of England that's closest to the United States! He practically lives in Belgium for crying out loud!! And, yet, he ponied up the royal air mail money to send me those base Dodgers.

For shame, stateside collectors, for shame.

But that's not all I received from England.

Here are some other basic needs. 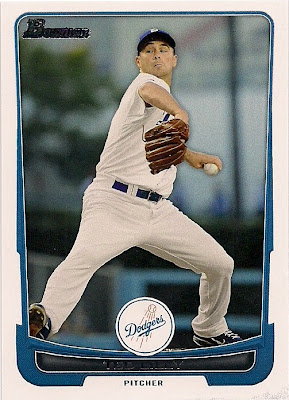 A simple Bowman card of the guy who should be starting against the Giants tonight instead of (cough, cough) Joe Blanton. But I think Ted Lilly is going to be disabled right up until retirement. 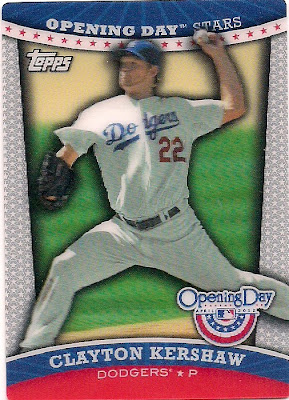 The Opening Day stars 3-D-esque card of Kershaw. John's right on top of those 2012 cards, I'm telling you. You'd think they had Walmarts everywhere in England. 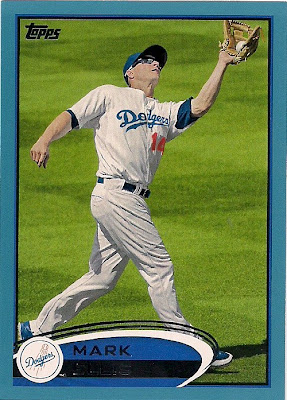 Speaking of Walmart, here's a blue-border card of the Dodgers' second baseman, Mark Ellis. You can only get these from Walmart ... or apparently, somewhere in England. Because nobody from the U.S. is sending me this stuff.

Look, he sent me cards I didn't even know existed.

These are some sort of All-Star Game version of MLB Showdown cards from 2002. I can't even find a checklist for them. 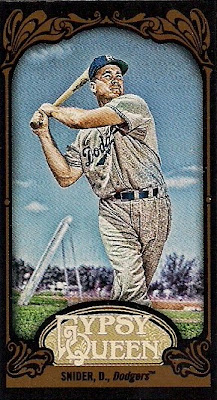 Finally, a black border mini of The Duke from Gypsy Queen.

The blackness takes my mind off the creepy factor of this year's GQ.

A great card ... that came all the way from England.

OK, I know, I could've bought a few more packs of 2012 product and helped myself out instead of relying on everyone else to trade me the cards.

Or I could've just ordered the team set online all boring like.

But I thought we had a relationship. You pile your unwanted Dodger dupes on me every time a new product comes out, and I pile cards of whatever worthless team you like on you of that same new product.

The only 2012 Series 2 Dodger card that I need now is Andre Ethier.

I'm not going to have to wait for someone from Kazakhstan to send it to me it, am I?

Play at the Plate said…
I for one am ashamed. Ashamed that I have unsorted Series 2 sitting in a box. I probably have several Kershaws. *Shakes head*.
August 21, 2012 at 5:09 AM

The Showdown set was 50-card set that was sold as a stand-alone version of the game. I picked this up for $1 at a garage sale last summer -- kept the Sweeney and have been trading off the rest.
August 21, 2012 at 10:55 AM

Commishbob said…
He must not have read your little tirade about asking for your address.