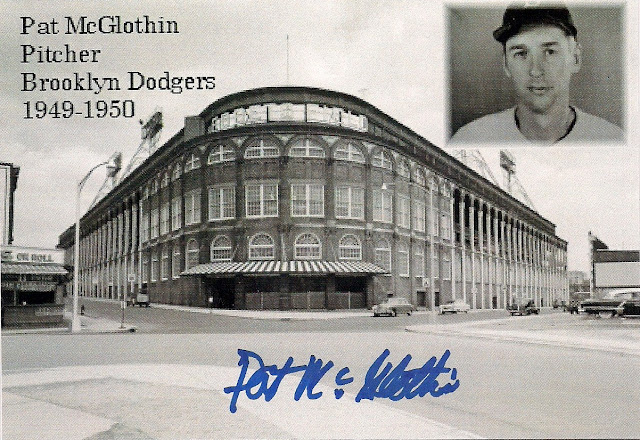 This is likely to be rambling and disconnected. That's what happens when you're reluctant.

Somebody called me a "guru" in the comments of the last post. I've also been called "godfather" and "dean" and all those other mighty-might nouns that make me cringe.

Let me fill you in on a little secret.

I hate being the answer man.

As you might know, I'm somewhat of an answer man in real life. I'm a boss. Not one of those big bosses. I'm one of those in-between bosses that gets crap from both sides. There are many days when I question why I ever wanted to be a boss, and there have been days when I've been within seconds of telling my superior that I would rather just write and maybe we could work something out.

But still, here I am, being a boss.

Expectations are a bitch.

So, when I received a request to provide some insight for disenchanted collectors, I thought, "oh, here we go. Go bother someone else."

But I can't say no (not when I don't have another post idea). So here I am, reluctantly.

I've written about how to tackle disenchantment in the hobby before. It received a lot of nice comments. I was also accused on Twitter of being a know-it-all and "how dare I speak for everyone?" This is one of the reasons I'm not on Twitter anymore.

And one of the reasons why I don't like being called a "guru."

But a lot of the things I wrote about then still apply for those who are questioning their card habits.

The thing is: it's simple. If you want to stay in the hobby, find something in it that makes you happy and go with that. Otherwise, just get out, and find something else.

It's a hobby. It's not meant to be filled with angst and agony and "what am I DOING here?" It's supposed to be fun. An escape. We've got enough in our lives that wears us out, why do you want the hobby to do that, too?

The problem for some people I think is that they think their inability to stick with a certain element of collecting underlines some inability to "commit" in a larger sense. Perhaps there are larger issues of committing to a relationship or a job or a family or responsibilities of some sort. But if that's the case, these are the issues where the angst is needed.

Not in your hobby. The hobby is for frivolity. Period.

Collecting doesn't have to be the same all the time. It doesn't have to be a badge of your "commitment." It can be. There are a lot of collectors who get a rush out of finishing off a set. It shows they can commit to something and they have a prize at the end to show that they're committed.

But collecting habits are allowed to evolve, too.

My collecting habits have been shockingly consistent over the years. But I've noticed that they have evolved somewhat. I don't collect sets quite as often as I used to (it was once ALL that I did). I'm a little more involved in player collecting. I'm a LOT more involved in team collecting.

And then there are things like the postcard that you saw at the top of the post.

It came from Mark's Ephemera. It's a signed postcard from former Brooklyn Dodger Pat McGlothin. Mark wrote about him here.

The postcard, which features a very fine photo of a quiet Ebbets Field, is what is known in my collection as an oddball. It doesn't fit into my traditional collecting habits. I collect trading cards, mostly of the 2 1/2-by-3 1/2 variety.

But it's a terrific item, and it came to me totally unsolicited from Mark. I'll keep it forever. 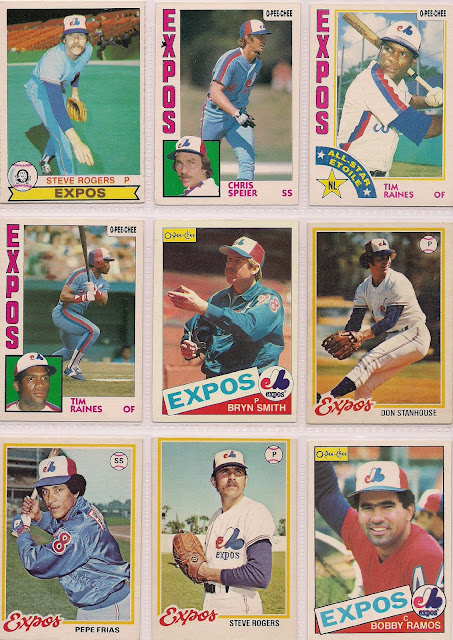 Mark also sent me a whole bunch of O-Pee-Chee Expos. These would be oddballs, too. I don't really collect O-Pee-Chee or the Expos.

But, you know what? They are very, very cool.

And, this has to do with the disenchantment thing, too. When I receive something like this in the mail, there is a little part of me that says, "Wait a minute. I don't collect this stuff."

"But I only collect Dodgers, and sets and stuff."

Did you see any angst in that conversation with myself? I worked it out.

It's simple really. Either I find a place in my collection for it, or I trade it away, or it goes in the "Box of Inconsequence." But I'm not going to start fretting about what's become of me and my collection. Collections change. Collections evolve. It's called "adapting." This is not your marriage or your kids. It's a bunch of cardboard.

This is not to say that I don't get burnt out or periodically bored with collecting. In fact, it just happened. But I'm always aware that the feeling will go away and that I'll find something in the hobby that will make me happy again. No need to despair.

So, there, that's my "advice," or whatever you want to call it.

And I'm sure there's someone saying, "that's not what I wanted to hear at all" or "that's stupid" or "why does anyone call him a guru?"

I don't know why anyone calls me a guru.

Here are some other cards from Mark. Some oddball. Some not: 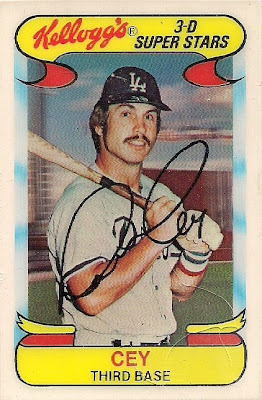 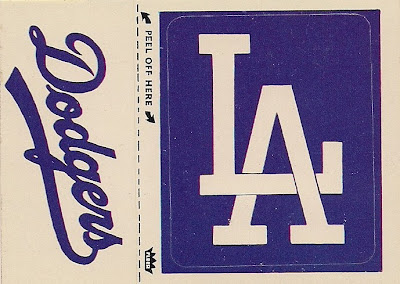 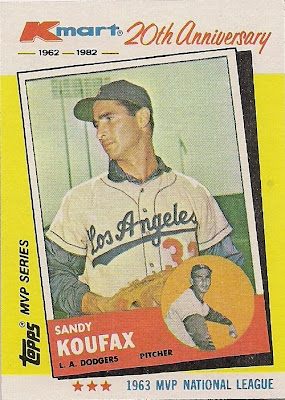 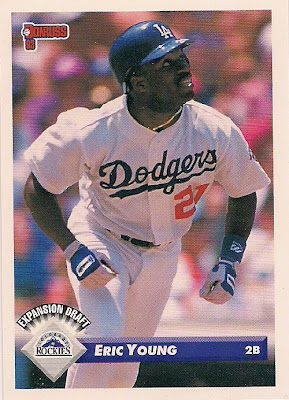 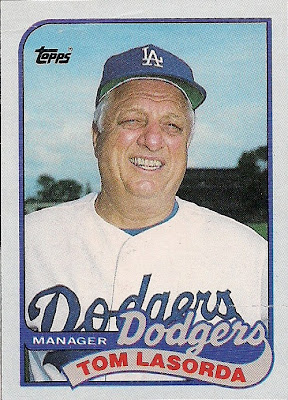 Here's something that I say all the time when people come to me for answers. It gets all kinds of raised eyebrows. But I think some people appreciate it.

This is what I say:

"Do whatever the hell you want."

I think that applies here, too.

You don't need me.

Do whatever the hell you want.

dayf said…
People call you The Guru because you ARE The Guru. Especially now that people like Ben, Mario, Chris and myself have dropped out or are fading away.

AdamE said…
Posts like that right there is why you are the guru.

FYI, I have a couple oddballs that I thought about sending you. They are not in your wheelhouse but they kind of are. so I'm sitting on them in hopes I find something else to send along with them.
August 24, 2012 at 10:27 PM

gcrl said…
Hand wringing in any situation is one of my biggest pet peeves. Your comment about that is spot on. Nothing worse than a 'to be or not to be' post in my opinion.
August 25, 2012 at 10:49 AM

"This is not your marriage or your kids. It's a bunch of cardboard."

Anonymous said…
Good post. I think your views of the hobby is a big reason you've been able to post nearly every day for so long. Kudos.

Also, the post you linked from May 2010 was basically right before I started blogging - so I'd never read it. Interesting to see collecting perspectives change - you were talking a lot about the new release calendar, which is something I'm not used to you posting about whatsoever. Another thing you seem to have done is been able to put down the new releases without putting the hobby itself down - that's something it seems like alot of people struggle with.
August 25, 2012 at 3:34 PM

Play at the Plate said…
Reluctant or not, your'e ability to express yourself in a way everyone can understand and use a little humor along the way resonates with most of us. You know, with the exception of the ones who said "why does anyone call him a guru?"
August 27, 2012 at 4:12 AM

Cory said…
Good post. I've been on Listia lately and haven't been on my blog that much.

Mark Aubrey said…
"It's your collection."

No, now it is your collection.

I'm glad you were able to stack up the Expos cards and climb up on to your soapbox.