They can put a man on the moon, but they can't put the right face on a baseball card 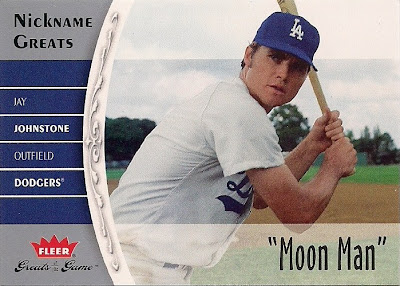 The player in the photo on this card is not Jay Johnstone, no matter what Fleer says. I think that has been established in several blog posts.

It's also been established with reasonable certainty who it actually is. But I'm going to go through it again -- with pictures -- for those who missed it. Or for those who just like pictures.

First off, here's a card of Jay Johnstone. 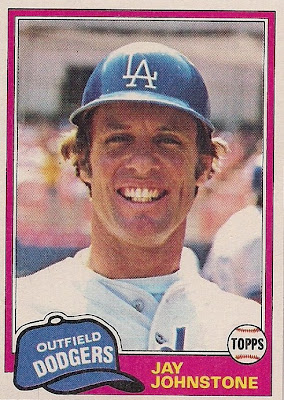 How Fleer could confuse someone who looked like "Moon Man" up top with someone who looked like Johnstone is absolutely baffling. There are also cards of "Moon Man" featuring sticker autographs that have Johnstone's signature, right there affixed to the card! That is just embarrassing for everyone who has ever made a card, owned a card, laid eyes on a card, played baseball, signed an autograph or went to the moon.

When the "Moon Man" card -- which was provided to me by Cardboard Catastrophes -- first hit the blogs, the guesses were all over the place from Dodger fans. I guessed Ken McMullen. Another person guessed Len Matuszek. And there were several other names shouted out into the sphere of blog.

But I was never comfortable with my choice.

Here is a card of Ken McMullen: 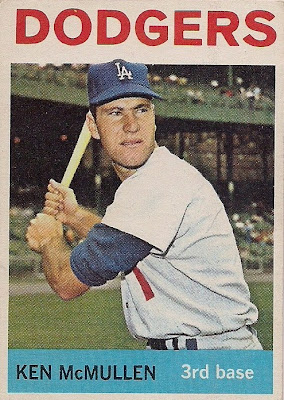 There are some similarities, but the faces don't really match. And the biggest difference, of course, is that McMullen is a right-handed batter, while "Moon Man" is batting lefty. 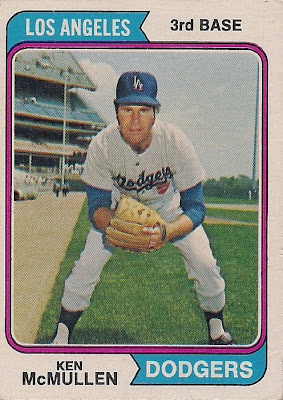 This is what McMullen looked like in the early-to-mid 1970s. His wore his hair quite a bit longer than "Moon Man" did.

So "Moon Man" is not McMullen.

On to Len Matuszek. 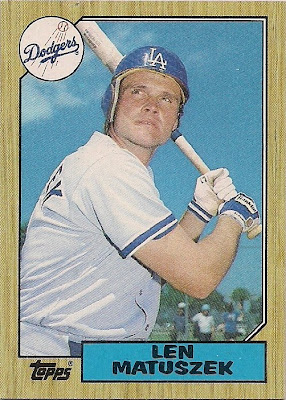 Matuszek, who was a role player for the Dodgers in the late '80s, possessed some similar features to "Moon Man." He has a roundish face, and he batted lefty.

And when you compare the two faces ... 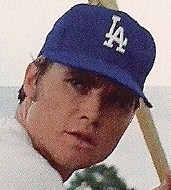 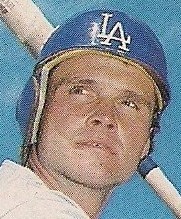 Someone else brought up Jim Lefebvre, the Dodgers infielder from the 1960s. I had actually thought of Lefebvre when I was looking at the card for the first time, trying to figure out who this non-Johnstone character was. 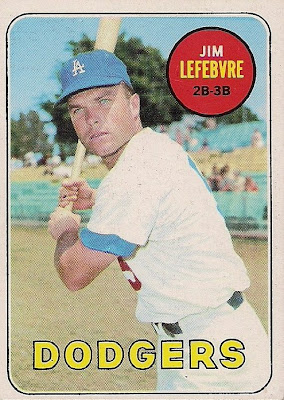 For starters, Lefebvre hit right-handed. He also has a lighter complexion and blue eyes. As much as I initially wanted this to be the answer, it isn't.

Apparently we were all headed in the wrong direction. We assumed that the player had to be someone established on the Dodgers, with a resume of past trading cards featuring him as a Dodger. 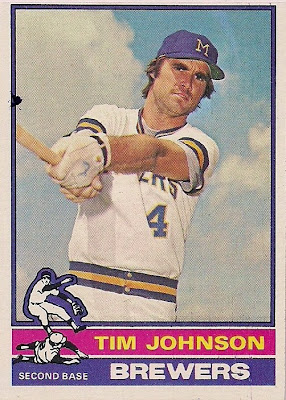 Tim Johnson came up to the majors with the Brewers and played there for six years before finishing his career with two years with the Blue Jays.

But he didn't begin his pro career with Milwaukee.

He began it with the Dodgers. He was signed by Los Angeles in 1967 and was in the Dodgers' minor league organization for six years before getting traded to the Brewers in the Rick Auerbach deal in 1973. 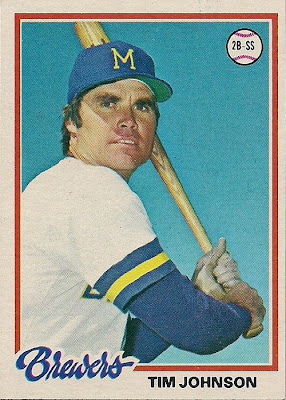 Do you notice some similarities with "Moon Man"? 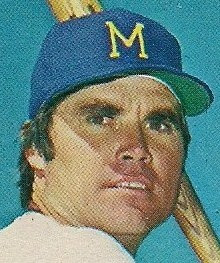 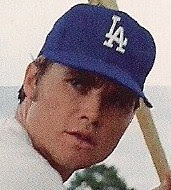 I believe we have a match!

I can't take credit for any of this. Anthony Hughes of Get That Bat Off Your Shoulder suggested Johnson on this Dodgerbobble post. It's that kind of "out of left field" thinking that I admire. And I wish I had more of that kind of perspective.

I didn't think I'd ever get a Tim Johnson card in my Dodger collection.

But now I have.

Thanks to the sphere of blog.

One other card that Cardboard Catastrophes sent. 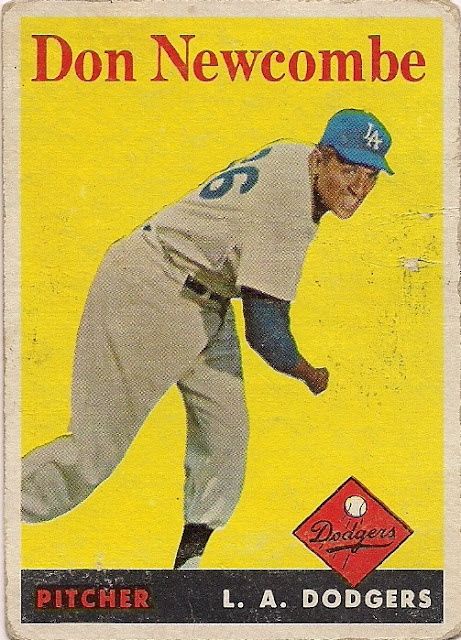 Nick said…
I've always thought something wasn't quite right on that Johnstone card. Good to know that I wasn't crazy after reading this post.

Play at the Plate said…
I think we were talking about some Fleer card and then I got blindsided by a vintage piece of art.
August 31, 2012 at 12:52 AM

Knowing Johnstone, he knew it wasn't him and he let it go as a goof. A man doesn't get a spacy nickname for being on the straight and narrow.
August 31, 2012 at 3:01 AM

Bo said…
Actually its easy to see how they made that error. They probably have Dodger photos sorted by name, which would put Tim Johnson right above Jay Johnstone. Someone clicked on the wrong link in their database and didn't notice. I'm sure we've all done that at work...
August 31, 2012 at 10:45 AM

night owl said…
We all do that at work. That's why my job has people called Copy Editors!