You're stuck with me Well, Fuji's contest is just about over. Another one has begun over at Nachos Grande, but I'm not a part of that as I have a maturity issue over writing about the same cards that others are.

(By the way the Ginter code has been cracked. Seems Cynthia Pritchard was not as bubbly as everyone thought).

I'm not at The National. Probably a good thing as long lines and I do not agree.

So you're left with me and my dwindling thoughts. Totally overworked by the Olympics and without any time or ability to produce anything original.

So let's just reach into the draft folder and see what I have here ... 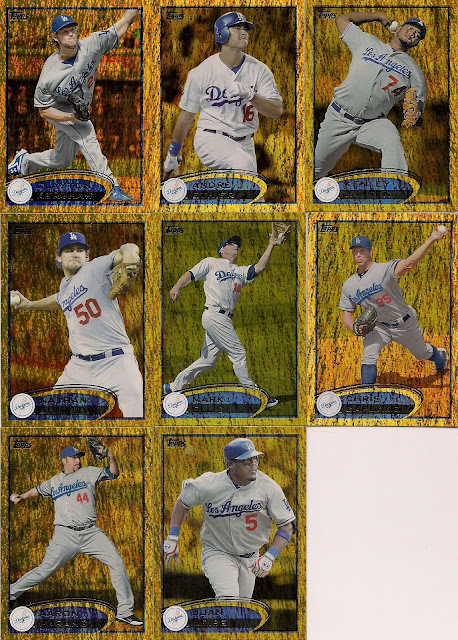 I received these from Community Gum. I scanned them back before I went on vacation and then kind of forgot about it.

I don't know if that's all the Dodger golden sparklies from Series 2. I've really stopped caring about 2012 product and have gotten all apathetic on checklist responsibilities. I DO know that I still need the Kemp golden sparkly from Series 1. Someone better send it or I'm going to put it on the Nebulous 9 list and make you stare at it guiltily for infinity.

I also know that I don't even have all the Series 2 regular Dodgers yet. So having them in golden sparkly form is actually pretty embarrassing.

Not as embarrassing as the money Juan Uribe pulls down, but I still don't feel good about myself. 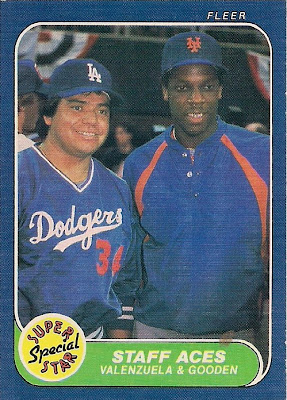 Here's a former Nebulous 9 card that I guilted Jon into sending.

Well, not really. He saw that I needed the card and graciously sent it. No guilt involved. 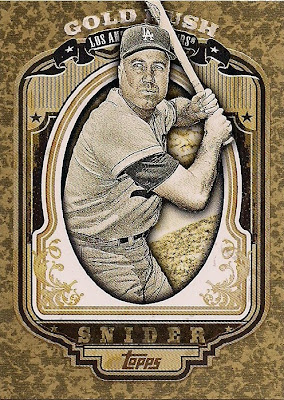 My source for all things Gold Rush is Community Gum. This is my third fancy Duke Snider card I've shown this week. I guess it's Duke Snider Week. And I'm the only one who did anything. You thoughtless people. 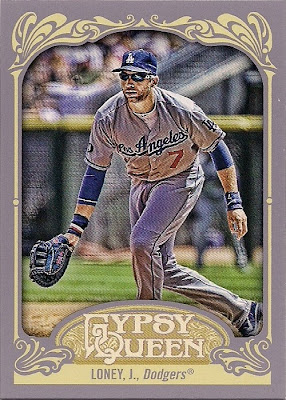 (*kneels and gives silent thanks*)

The last Dodger card I need from this frightful set. I can now finally stop showing it on my blog. I'm trying to work out a way of having all the 2012 Gypsy Queen Dodgers in my binder but not being able to see them. Would putting a piece of paper in the page pocket, shielding each GQ card from view, be too weird? 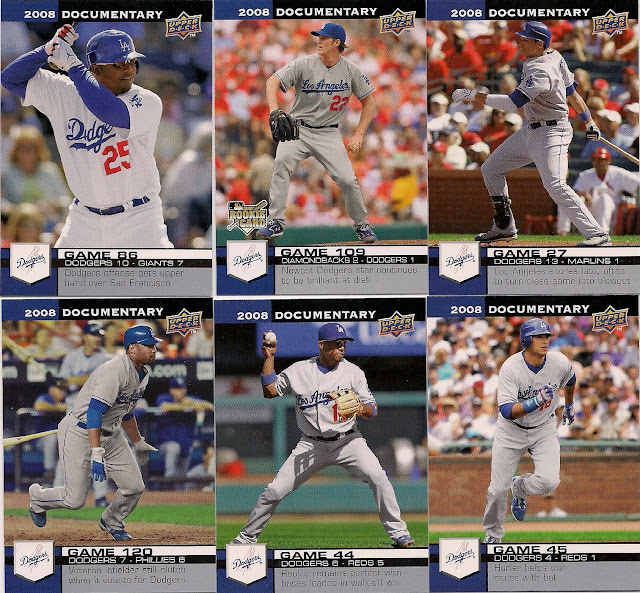 That giant box of 2008 Documentary is still sitting in my Walmart for $29.98. I'm not sure how far I'll have to sink into addiction to buy it. But I already know there's a part of me that thinks it's a good idea. 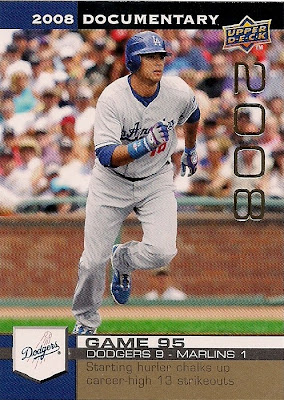 Yes, a gold parallel -- just in case trying to get all 162 cards of your team's season was not enough of a challenge.

Upper Deck really thought a lot of us in '08, huh? 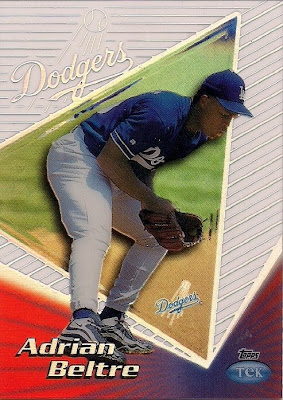 OK. Never mind. Topps Tek was a whole different level of cynicism. I will never understand how many cards are in this set. 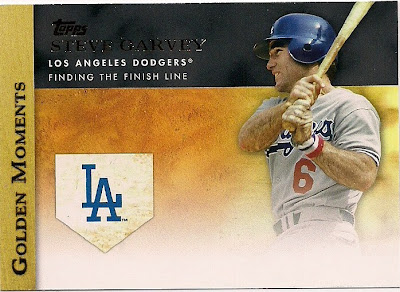 Hey, now we're on to a couple more cards from Matt of Cardboard Conundrum (spelled it right this time!)

I'm happy to see Garvey receiving some respect from Topps. He deserves more credit. He also deserves a better-looking card. 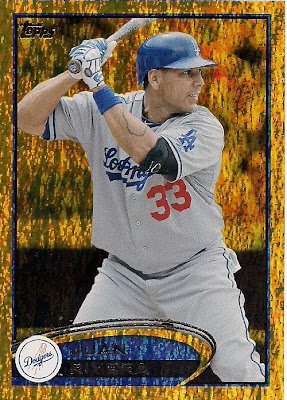 The missing ninth gold sparkly from earlier. I should have merged this with the others to please the OCD people. But then that would mean mixing trade packages, thereby setting off my OCD. It's every OCD patient for himself. 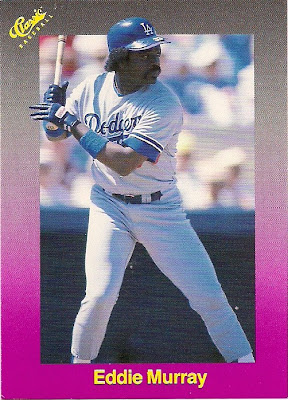 This is a card I received from Commish Bob. I thought I had it already. It's a common attitude around junk wax. But I didn't. And now I'm just getting over the shame of admitting it. 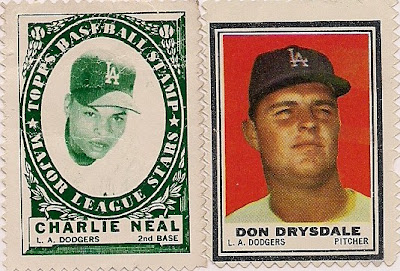 I didn't put these on the earlier Commish Bob post because I didn't want to do the research on what they're from. You have no idea how often laziness plays a factor in this blog. I may look like I'm working hard, but imagine what you COULD get out of me if "Nah, I don't feel like it" didn't pop into my brain every 15 seconds.

So, that's a brief tour through the draft folder.

It's not everything. I have scans in there that are almost five years old. The players on them have traded teams like three times since they popped in the folder.

Why don't I send them to the recycle bin?

You never know when you'll need a post. That's why.

So if you see a random post about Jeff Kent, you'll know why it's there.

Commishbob said…
Eddie makes even the ugliest card sort of cool. He's like that.

runfore!kelloggs baseball cards said…
Lines at The National were only slow at the Panini booth since people were opening cases. Everything else wasn't too bad.

I BATTED AGAINST HIDEO NOMO TODAY! If you ever get to a Nationals game, the batting cages in the kids' area allow hitters to choose their pitcher. You see a life-size, or larger, video of the pitcher throwing at you.

Yes, it's in the kids' area, but during the first few innings they said it doesn't draw a crowd, so my son and I tried our luck. Nomo and Colon were more difficult to hit than R. Johnson and Clemens.
August 2, 2012 at 11:28 PM