The successor to Chipper 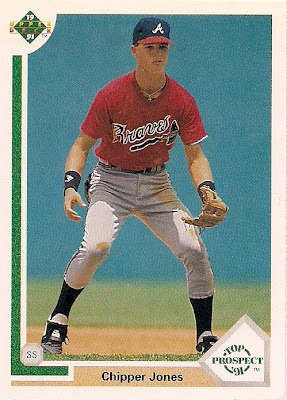 Way back in the first days of the blog, I mentioned that the one player in the major leagues today who seemed like he was put on this earth to play baseball, the one player who I couldn't possibly envision doing anything else, was Chipper Jones.

Even though there could be any number of players about which you could say the same thing, for me, there could be only one player like this at a time. 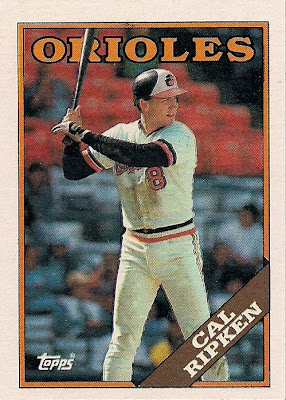 The first player I attached to this concept was Cal Ripken Jr. No real surprise. He came from a baseball family. What else was he going to do? But when I saw Ripken, I knew that he was THE Baseball Guy, the man who if someone said, "give me an example of the ideal baseball player," would flash instantly on everyone's screen.

But Ripken held that title all the way until his retirement. Being THE Baseball Guy is a career-long responsibility, and no one can take it from you. 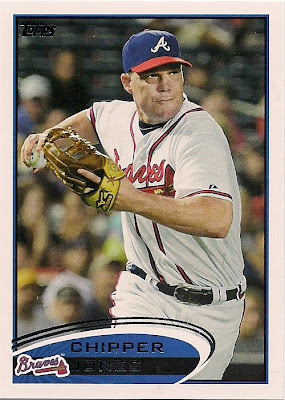 Since Ripken's departure, Jones has held the honor. But now that Chipper is old and decrepit and retiring after the end of this season, I started thinking about who would succeed him as THE Baseball Guy.

It didn't take my brain long to pop a successor into my head. 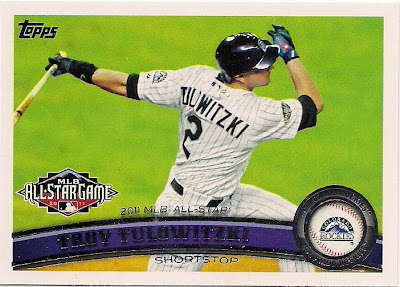 Troy Tulowitzki seems like an absolute natural to fill the role. He has almost all of the traits of Ripken and Jones, which I didn't even realize were specific requirements until my brain landed on Tulowitzki.

But here they are:

A) They can hit
B) They can hit for power
C) They can field
D) They are relatively tall (Ripken and Jones are 6-4, Tulowitzki is 6-3)

And then there are two more requirements that disturbed me much more than the previous four.

E) They play the left side of the infield, preferably shortstop
F) They're white

Oooooh. That last one is ugly, isn't it?

I had to sit back and do some soul-searching about those last two, and I came up with this:

I'm a product of my environment. I grew up in a small upstate New York city in the 1970s. In grade school, I knew just one African-American kid. And if I knew any Latin-American kids, I don't remember them. I then attended high school at a predominantly white, private institution.

At that time the model baseball players were ones that you would see in the Gil Thorp comic strip. All-American white kids who could catch, hit, run and throw. I never set out thinking that this type of player was better than any other -- my childhood fascination with players like Lou Brock, Reggie Smith and Garry Maddox is evidence of that -- but somehow, through my surroundings, I began to associate the shortstop of my childhood with being the ideal baseball player.

So, when I consider other players who are just as talented as Tulowitzki, players like Matt Kemp or Justin Upton or David Wright or Albert Pujols or Alex Rodriguez or Clayton Kershaw, my terribly discriminatory brain will say, "no, he's too short, he plays the outfield, he's a pitcher, he's not white."

I am floored by this.

So, I've decided that there will be no successor to Chipper. THE Baseball Guy is no more. There are plenty of great players out there who seem like they were put on this earth to play baseball. No need to pick out one above the others anymore.

In that post way back, I said that if MLB ever decided to redo its logo that it should put the outline of Chipper Jones on it.

But the logo -- although rumored to be of Harmon Killebrew -- was actually designed with no particular baseball player in mind, according to the artist who drew it.

Sounds good enough to me. 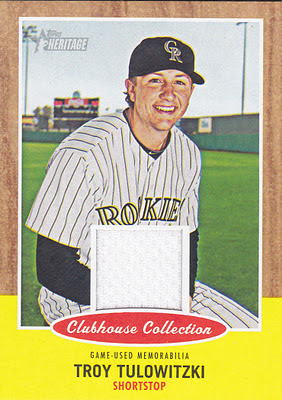 Sorry, Tulo. Your reign lasted all of about two hours.

Cardboard Jones said…
What, nothing about San Juan Francisco? I thought he was acquired to fill in for Chippah
April 2, 2012 at 9:51 PM

gcrl said…
Had you grown up in socal in the 70s like I did, you would not think of shortstop as the position of the ideal player. Bill Russell and whomever the angels trotted out there after moving bobby grich back to second were scrappers.
April 3, 2012 at 12:19 AM

AdamE said…
When I envision the next Chipper I come up with Joe Mauer. He fits most of your categories. A, B, C, D and F anyway. Plus there is (will be) the longevity of one team thing. To me he just looks like a ballplayer should.
April 3, 2012 at 1:34 AM

TheHitKing said…
@Chop Keeper: Good luck with Juan. He is a fat, lazy, bum. I am going to GABP tonight and Hoover is hurling a few times.

@Night Birdie: ...Ughhh (deep sigh) I agree...Chipper cannot be replaced. He will be spending his days in a Hooters while we wait for one of his sons to grow strong.
April 3, 2012 at 5:54 AM

Laurens said…
I think 'that guy' for better or for worse is Josh Hamilton.

Relapses aside, he's one the Major League player who fans just love to gravitate to, regardless of whether or not he plays on their team.

Spankee said…
I'd say David Wright is a decent candidate. The worst part is that he was born for the Mets and has been a Mets fan his whole life. What a horrible situation he's been put in.
April 3, 2012 at 9:41 AM

Bo said…
Is this why 8 of the 11 members of the bad-ass club are black? LOL

By the way, anyone who wasn't a rabid Yankee hater would first think of Derek Jeter as "The Baseball Guy," especially as a natural successor to Cal Ripken in that role.
April 3, 2012 at 12:06 PM