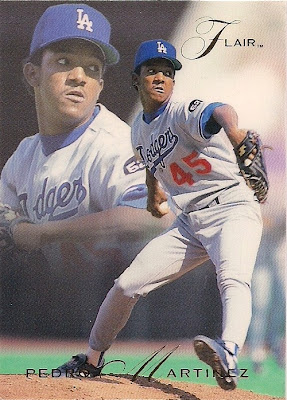 The latest inductee into the "I'm Badass and You're Not" Club is probably a controversial one. But I think that's the case only because of the times in which we live.

Pedro Martinez has been retired for only a couple of years. The wounds are still fresh. The words still linger. But, let's face it, if I was inducting Bob Gibson into the Badass Club in 1968, would Cubs fans object? Of course they would. But now? Try to find someone who doesn't think Gibby was bad-ass.

So it is with Martinez. People squawk about his supposed "head-hunting." His combative ways. His baiting quotes. But people are still too caught up in the emotions of his very recent career. And, besides, most of the complaints come from Yankee fans. Those don't count. Not when they're sitting on all those rings.

The fact is, I think Martinez is terrific. He is one of my favorite players of all-time.

He came to mind again on Saturday as I watched the painful Yankees-Red Sox game in which the Red Sox relievers were attempting to execute something called "pitching," but failing at it miserably. I cannot stand watching a pitcher with no confidence. The delays. The uncertainty. The lack of control. The overt display of the No. 1 fear of the guy on the mound: "I CANNOT fail! I CANNOT fail!" And, so, with that supremely negative mind-set, he fails.

That is no way to pitch. And Martinez knew that. 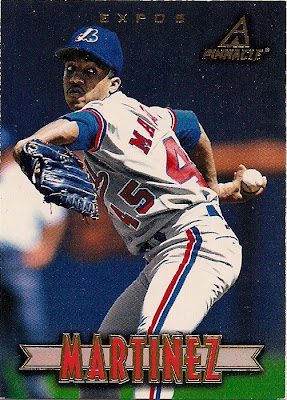 I like Martinez because he knew he could pitch and he knew how to pitch. I like him because it didn't matter which situation he was in, which team he played for, what injuries he had, what people were saying about him, he still succeeded. And he usually did it on his terms. And he usually had something clever to say afterward.

But on the mound, he was business and in control. And that is my favorite kind of ballplayer. A pitcher in control.

Martinez didn't have a great fastball late in his career. Injuries forced him to finesse the ball to the plate. But because he had great command of a variety of pitches, and because he had INTELLIGENCE and knew how to pitch, it didn't matter that he didn't have his speed of old. (FYI: You can guarantee you will see Greg Maddux in the Bad-Ass Club some day). 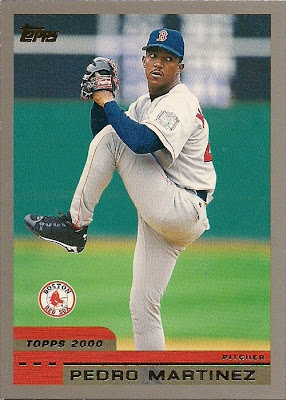 Sure, Martinez hit a lot of batters. So did a lot of other good pitchers. I don't know what Martinez was signaling to Jorge Posada and the Yankees bench during the 2003 ALCS that Don Zimmer interpreted as a bean ball threat. Maybe he was saying he'd remember Posada's words, maybe he was saying, "You're going on your ass next time." I don't like Posada, so either one is fine with me.

The point is, Martinez never backed down. And he usually had something smart to say to back it up. His quote about knocking down the Bambino? Brilliant.

Martinez gave Yankees fans plenty with which to work, too. I think they're still trying to find a reason to use the "Who's Your Daddy" chant. Martinez simply wasn't afraid to say what he felt and say it smartly and memorably. Like he said, "no regrets." When Martinez missed out on the MVP award with the Red Sox in 1999. It was revealed that two writers left him off the ballot because he was a pitcher. Martinez wasn't afraid to say that he thought they were "unprofessional" for doing that.

And when you grow up living in a house with a dirt floor and a tin roof, with sheets for walls, then really, is this silly world we call Modern Baseball worth fearing?

Sure, you may get some idiot like Reggie Sanders charging at you because he thinks you threw at him while in the midst of pitching a no-hitter. But you're never going to get anywhere in life avoiding confrontation.

Martinez knew that. And that's why he's bad-ass.

And one of my favorite players. Ever.

Welcome to the club, Petey.

Section 36 said…
My favorite thing about Pedro was after striking a guy out. No scream. No fist pump. Simply walked off the mound like he was annoyed he had to waste his time throwing three strikes everyone knew the batter had no channce of hitting. My favorite Sox. Badass.
April 23, 2012 at 9:06 PM

chuckneo said…
Yeah, he was great. When he was on, he was the best pitcher of our generation. I put him behind Johnson, Maddux, and Clemens - just because those guys did it for so many more innings than him. But at his best, I don't know if any of them could match Pedro. Maybe Johnson.

Commishbob said…
He was a bad bad ass. I missed a lot of his career because I wasn't watching much baseball during it but I saw enough to know he was a kick to watch.
April 23, 2012 at 10:11 PM

AdamE said…
Seeing him on tv for the 100 anniversary made me miss him even more. Not to mention he could probably out pitch half the current rotation right now. Defiantly a bad ass.
April 25, 2012 at 2:54 AM