Not long ago, Matthew of Number 5 Type Collection asked us to select our five favorite teams from a list. I looked and looked for the word "Dodgers" on his list, but I didn't see it.

So, I went with five other scrubs ... er, teams. Wouldn't you know it, I won a nice stack of cards consisting of the two teams that are most often confused with the Dodgers when people trade with me -- the Blue Jays and the Royals.

It was nice getting a team lot that didn't consist of Dodgers for once, just because I enjoyed leafing through cards that were totally unfamiliar to me. When you deal exclusively in Dodgers, you tend to see the same cards over and over again. Variety is the name of the game in just about everything, and this underlined that fact, even if the jerseys were still blue.

The cards were so enjoyable that I decided to list my 10 favorite cards from the lot in reverse order.

See what you think of these: 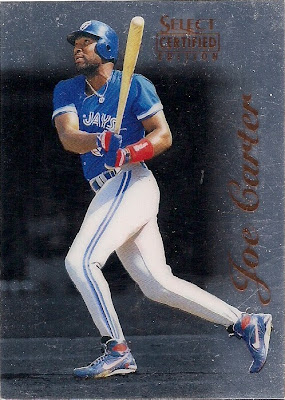 A much snazzier card than the scan shows. I have a theory that collectors hoarded Joe Carter cards in the '90s, which is why I have so few. Either that or it's the fact I wasn't collecting most of the decade. Hmmm. Could be that, I guess. 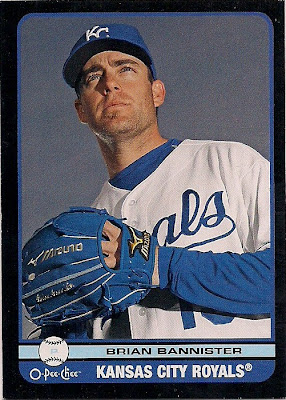 What a beautiful card. Now I know why teams are tempted to combine black and blue. But I would like my Dodgers to stay away from that temptation. You hear me, Magic? I'm watching! 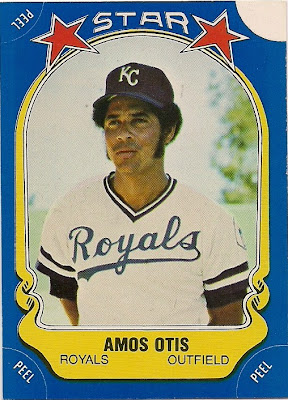 The Otis sticker has injured one of its paws. Night Owl will take it home and make it all better. 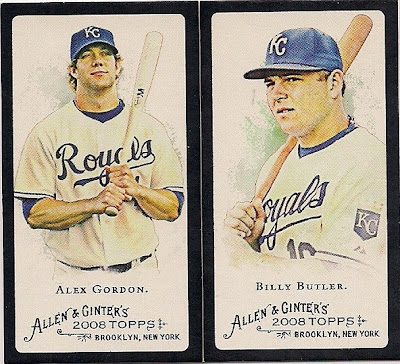 I grouped them together because they're just too great to be split up. I enjoy every A&G mini that I get even though I have no hope/intention of ever completing any of the sets. They're just too damn cute to give up. 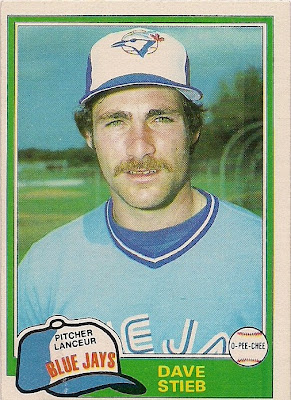 The best O-Pee-Chee cards are Blue Jays and Expos O-Pee-Chee cards. It's like pizza in Chicago, or chicken wings in Buffalo, or fighting in New Jersey. Everything about it is right and good. 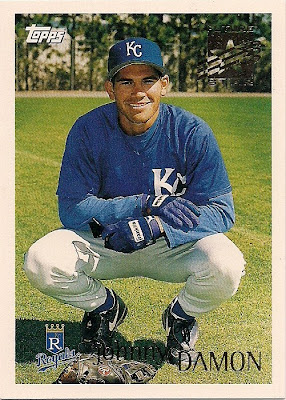 Is it THE Johnny Damon rookie card? I have no idea. And I think you know that I don't care enough to look it up. 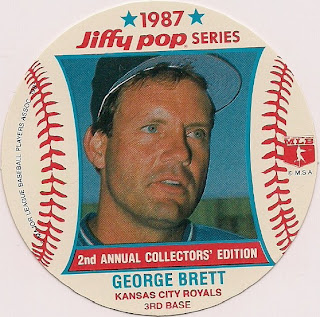 This is urgent: I must have the two Dodgers that are in this set NOW! 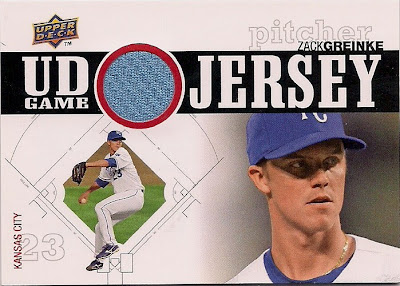 Ooooh, look at the nifty piece of baby blue jersey. That's a pretty nice card, for 2010 Upper Deck. The blue takes your eye off the fact that UD is sort of, kind of trying to hide the Royals logo. 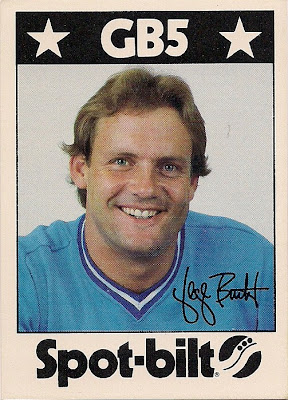 With this one card I have completed the set. How cool is it to open a package of random cards and finish off a set?

OK, I cheated a little. There are no other other cards in this set. This is the only one. The card was included in boxes of baseball shoes and Brett was "athletic advisor" for the company. I've seen this card around for decades without ever knowing what it was. 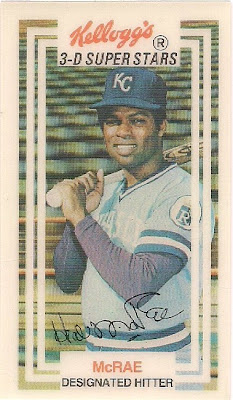 I know there are some collectors dumbfounded that I selected a cereal card and another odd ball above a relic card. But if you've been reading the blog long enough you know that I'll take a Kellogg's card over a relic card or an autograph card almost every time. They're more interesting to me, usually attract my eye more, have the nostalgia factor, and they're cheaper, too.

I was thrilled to see this card.

There were a number of other cool Royals and Blue Jays in the stack, too. I'll probably trade off several. In fact, I have a particular Royals fan and a particular Blue Jays fan in mind already. But there might be enough to go around to a couple more.

Now, I know what you're thinking. Didn't he mention Dodgers in the title? Where are the Dodgers?

Well, Matthew was nice enough to throw in a couple, but I wanted to give some other teams some play this time.

All right, I'll show you one card. 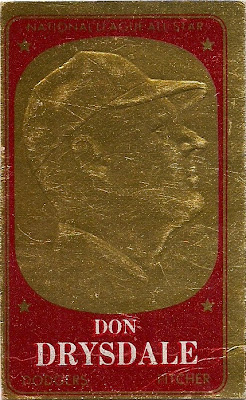 Stealing Home said…
here here, for topps embossed. i never heard of em till i started my blogger life. i dig 'em even though they frequently look more like uncle otto than the player named.
April 1, 2012 at 6:16 PM

Matthew Glidden said…
Glad the cards arrived safely and that you picked a Kellogg's for top honors. Those plastic cereal cards also have the honor of being the only "birth year" set I own. They're a great and affordable option for collectors who grew up in the 70s/80s.
April 1, 2012 at 7:24 PM