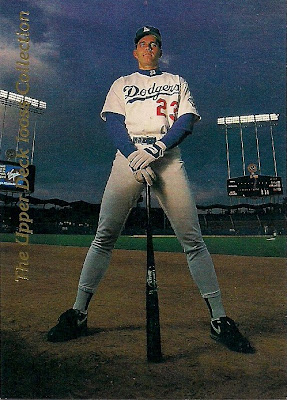 Greetings from the other side of the card show! Is this a great card or what?

Just one of the many key items I grabbed Sunday while scrambling to complete my transactions before they closed up shop on me. I got there kind of late and they wrapped things up kind of early. Next thing I knew, they were driving SUVs into the aisles and loading all their wares into their vehicles as I continued to shuffle through cards as one of the final stragglers.

DON'T MIND ME. I'M JUST TRYING TO GIVE YOU MONEY!

But it's all good because I'm pretty happy with what I found. And that is even though I failed in just about every area that I had targeted on this very blog two days ago.

There is a good reason why I failed so miserably, but I'll reserve that for the next post.

For this post, I'm going to give you a dozen good reasons why I had such a good time. 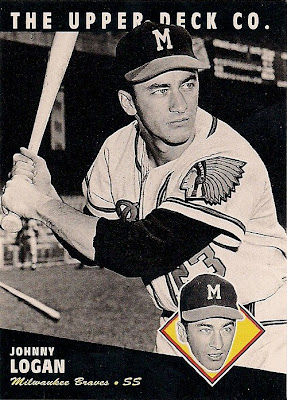 Logan is possibly the greatest player to come from my hometown. It's a crime I didn't have a card of him yet. So there. I have one. 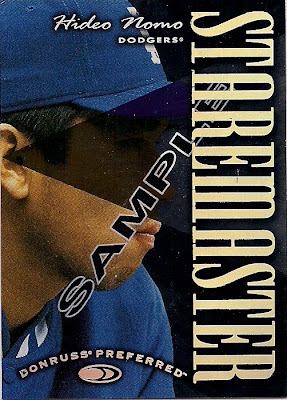 2. Hideo Nomo, 1997 Donruss Preferred promo card: The original Staremaster card is fantastic. This is even better just because of the crazy "Sample" stamped across Nomo's face. And it's a sample card numbered to 1,500. That's right, 1500 samples. 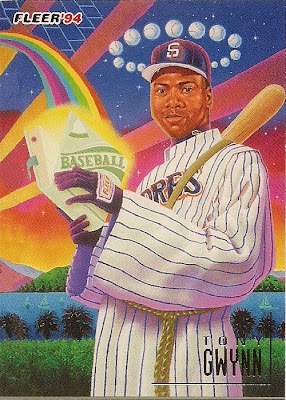 3. Tony Gwynn, 1994 Fleer: I rarely pick up cards of players and teams that I don't care about, but this card is so bizarre and freaked me out right there on the spot. I had to pick it up. Near as I can tell, Gwynn is portrayed as God in the strangest Padres get-up I've ever seen (those brown-and-gold things can't compare). Very, very weird. 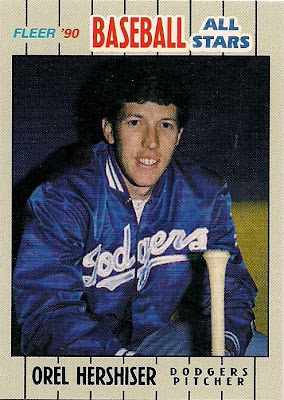 4. Orel Hershiser, 1990 Fleer Baseball All-Stars: We all know that this picture was taken when Hershiser was 16. He put on his off-the-rack Dodgers jacket, sat in the basement and had mom take the photo. Fantastic. 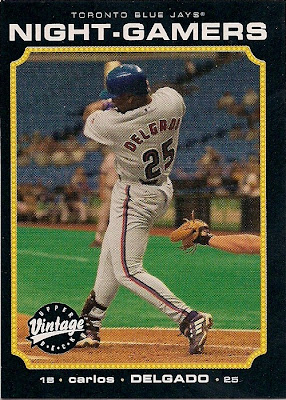 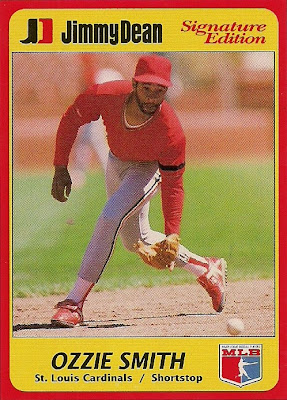 6. Ozzie Smith, 1991 Jimmy Dean: Full disclosure, the reason I went for these cards is I wanted the Darryl Strawberry card. But I had to get this one, too, just because Smith's airbrushed uniform makes him look like he's really playing for Jimmy Dean's baseball team. Just photoshop a sizzling skillet on his cap. 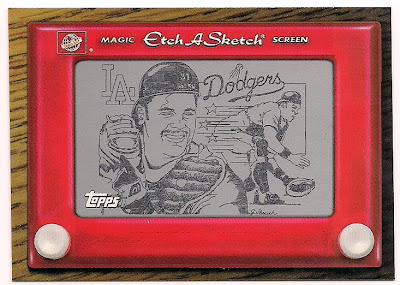 7. Mike Piazza, 1997 Topps Etch-A-Sketch set: I pulled the Hideo Nomo card from this set in like the only pack of Topps I bought in 1997. Fifteen years later, I FINALLY have the Piazza card.

And if you say that doesn't look like Piazza, I will remind you that the dude did this on an ETCH-A-SKETCH. These cards make me feel thoroughly inadequate. 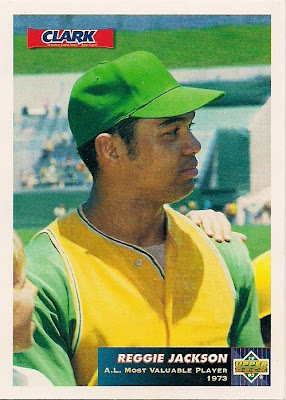 8. Reggie Jackson, 1993 Clark Bar Reggie Jackson set: This was a 3-card set issued by Upper Deck in conjunction with the re-release of the Reggie Bar. Each of the three cards could be found wrapped inside a Reggie Bar wrapper. I can list about 57 reasons why I love this card. 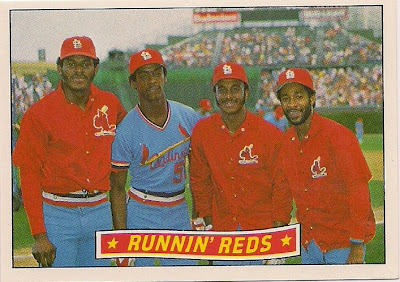 9. Runnin' Reds, 1984 Donruss: I found a nice little stack of 1984 Donruss for my set completion needs. This card is particularly great because Donruss apparently failed to remember that there is a team called the Reds and THIS AIN'T IT.

The Cardinals in this photo, if you don't know, are Dave Green, Willie McGee, Lonnie Smith and Ozzie Smith. 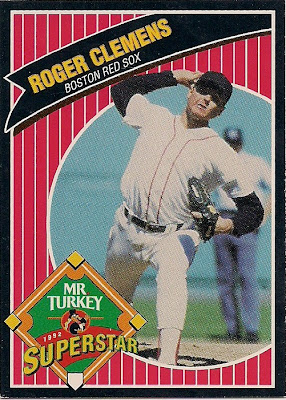 10. Roger Clemens, 1992 Mr. Turkey: OK, again, I nabbed the Strawberry card from this set. But I cannot resist a Clemens card that says "Mr. Turkey" on it. Especially on the eve of his perjury trial. 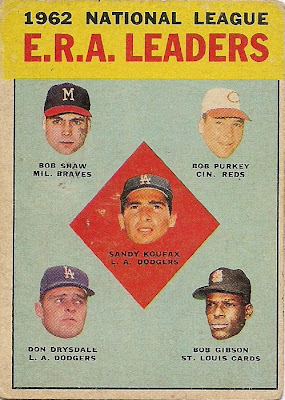 11. 1962 N.L. ERA Leaders, 1963 Topps: I have an attachment to 4 of the 5 guys on this card. Koufax (that's right Heritage, the leader goes in the CENTER) and Drysdale you know already. Gibson is one of my all-time favorite non-Dodger pitchers ever. And Bob Shaw I interviewed. 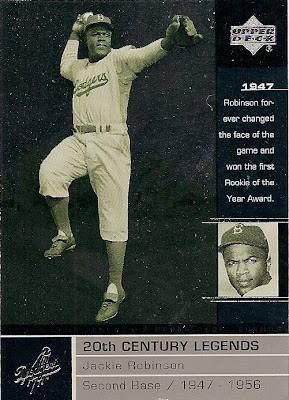 This was the only one, but it IS a short-print, which I didn't even know until I brought it home.

As you may have suspected, I was digging around in the discount boxes. You'll see some more in the next post.

Play at the Plate said…
I need a good card show. I'd settle for a barely adequate card show where they were packing up early.