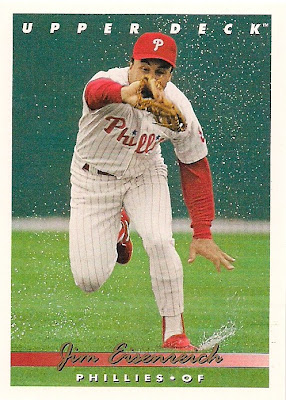 In my continuing quest to determine each team's best card from every set that I have completed, I consider this the set that is the most challenging.

In my humble opinion, 1993 Upper Deck is the masterpiece set of the 1990s. Nothing else matches it. There are a few reasons for that, but the overriding one is that the photos, from the way they were presented to the simple decision-making that went into photo selection, are brilliant.

So, trying to pick "the best" for each team isn't easy when you are staring at 6 or 7 or 8 fantastic options for a single club.

But press on we must.

So we're going all the way back to 1993. Back when there was only four divisions. Back when Milwaukee was in the American League. Back when there was something called the Montreal Expos. It was all good. And now I'm supposed to get fired up about a third-place team potentially winning the World Series. 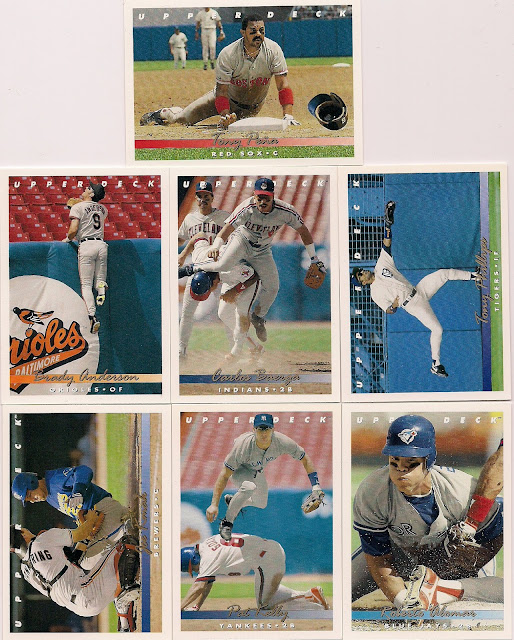 Team with the best cards: Blue Jays. Easily. So many great shots. Pat Borders. Dave Stewart. But I think the Roberto Alomar card is one of the best in the set. Also, the Indians have some pretty great cards, too.

Team with the worst cards: Yankees. The Paul O'Neill card is pretty good and may have been a better choice than Kelly. But all the others are very straight-forward.

Team I should go back and review: Tigers. I've been drawn to the Tony Phillips card since the first day I saw it. But I'm not sure if it is THAT special. 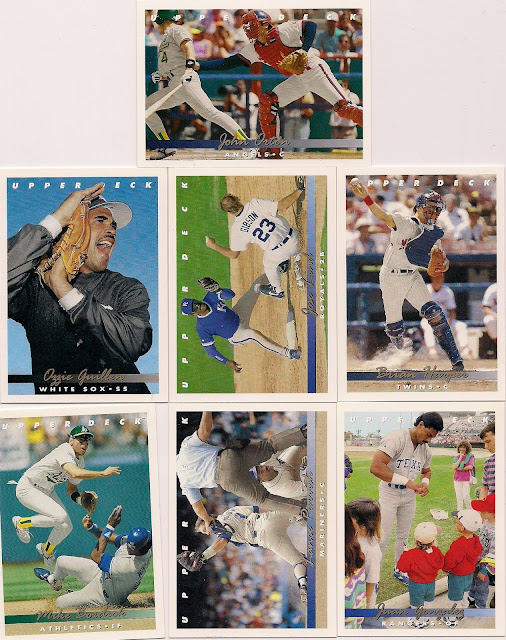 Team with the best cards: Mariners. Parrish overrules just about everything, but Seattle has some other good ones (love the Dave Valle card)

Team with the worst cards: Royals. George Brett on the on-deck circle was the best one for a long time before Lind came along.

Team I should go back and review: Twins. I really like the Harper card, but I bet there were a few other Twins that had just as good of a photo. 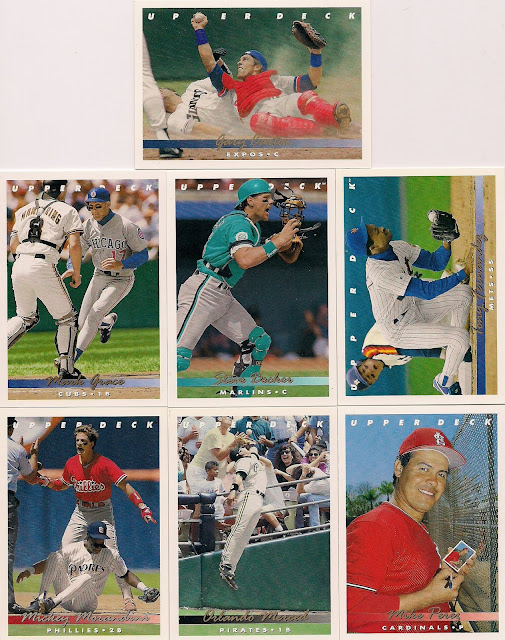 Team with the best cards: Phillies. They have the best damn cards in the entire set. So many great ones.

Team with the worst cards: Marlins, but Upper Deck didn't have a lot of time to get pictures of them.

Team I should go back and review: Mets. The Fernandez card is terrific, but it pains me not to put the Eddie Murray photo first. That Murray card is one great card.

Also, I went with the Perez photo trick over a great Ozzie Smith action shot. I feel a little guilty about that. 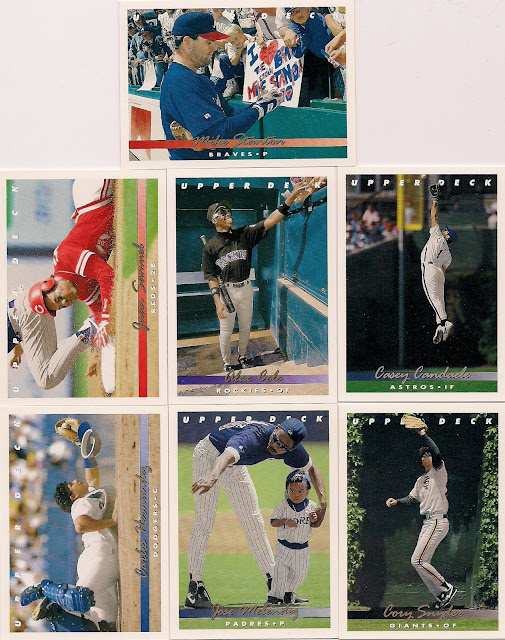 Team with best cards: Not a strong group. Giants, I guess. The Snyder card (he's blowing a bubble) is another one of my favorites.

Team with the worst cards: Padres. The Melendez card is cute, but it's about the only thing that stood out (Jerald Clark card is pretty good though)

Team I should go back and review: Braves. I've always loved the Stanton card, but there are a lot of players signing autographs in this set.

OK, there you go.

Sorry, Diamondbacks and Rays fans. You missed out on one tremendous set.

MoltenLava said…
Some awesome photos in this post. I especially like the Gary Carter.
April 4, 2012 at 10:49 PM