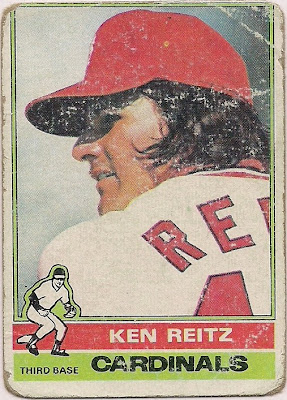 I've noticed that some bloggers post only new cards. In fact, some don't even blog at all unless there is a new product on store shelves.

To each his own, but I could never do that. There is just too much out there and too much history to stick with only new stuff.

But still the trend continues. As soon as a new product arrives, it's a race to see who can post it first. I used to try to join this race, before finding out that I don't live in the right place to do that, nor do I have the will to go to the lengths it takes to be among the first to feature new product.

This week, it's been all about Gypsy Queen. The thrill, the praise, the hyperventilation. As you know, I care not for Gypsy Queen. Last year's set was flat-out dull, with a few exceptions. From what I've seen of this year's set, it's not as dull. But, damn, is it ugly.

But this post is not about new cards. Or new "retro" cards, as the case may be. This post is about real retro cards.

I found me a sealed pack of 1976 Topps on the side of the road, and I'm going to open it up right here on the blog.

Yup, that's right, side of the road.

Anybody can do a new pack opening. You see that all the time. But a pack of old cards? That's a little different, eh?

There's the wrapper now. Looks pretty good for lying in the street, huh? A little blurry though. Not sure what that's all about. 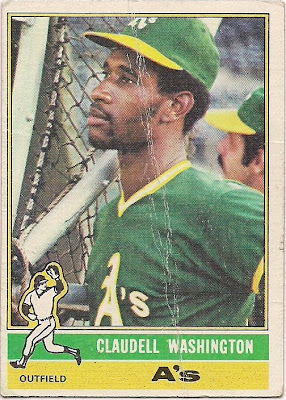 Awesome. First card out of the pack features a full-on, north-south crease. I'm willing to venture that the north-south crease is not as common as the east-west crease. Crease watchers? What say you? I'm sure this will fetch me a pretty penny with the crease crowd. 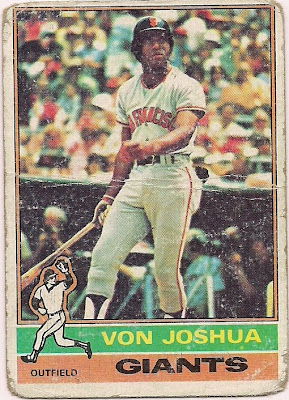 Ick, a Giant. But it's got that side-to-side crease going for it, and it looks like a couple of the corners have water damage, too. When I hold it in my hands, it practically folds in half. You can't find value like that anymore. 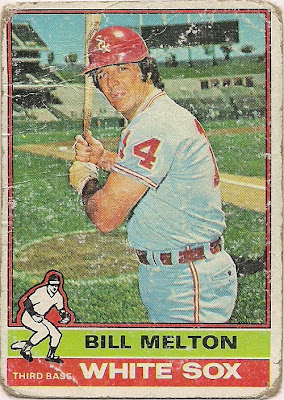 Wow! What luck! I think I have a card that went through the laundry! I can tell by the feel of the card. There might even be some jeans pocket lint embedded in the card. Nice scuffing, too. That might be the pack highlight. 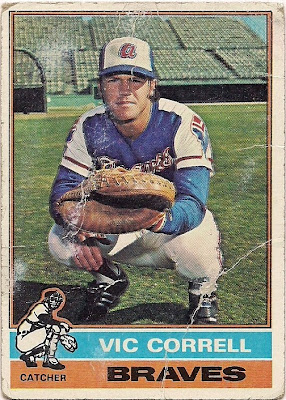 Ooooh. That is crease heaven right there! I think there are eight separate creases on the card. A couple are so severe that they've taken parts of the image right off the card! I have this up on ebay right now. 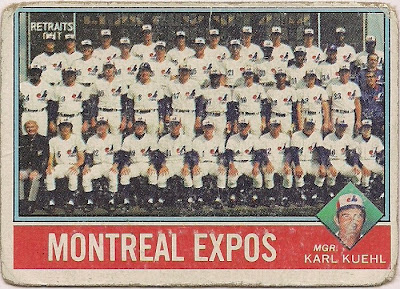 Well, the front looks promising with a scuff mark right across the manager's face. But the real test is the back of the card. Is it checked off? 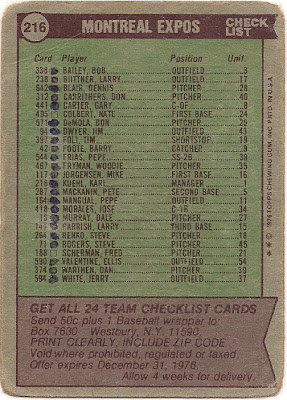 And pen marks outside the boxes, eraser marks, all kinds of good stuff! This is one heck of a pack-opening! 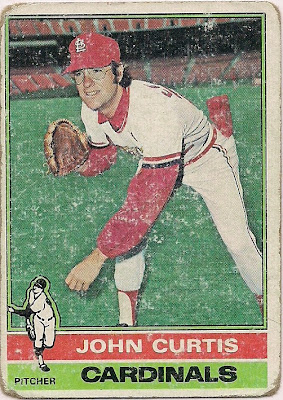 Look at all those scuff marks! There doesn't appear to be more than an eighth-of-an-inch of space that doesn't have a scuff mark. I'll bet someone used this to smooth out the new base boards. 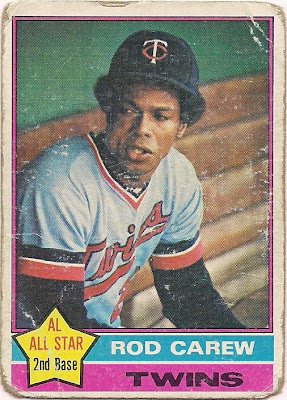 All right! An all-star!! Scuff-Mark MOJO!! Maybe in a little TOO fine a shape to draw high market value, but there's enough going there that if I was going to sell it, I could make quite a bit. But I'm not selling this baby! 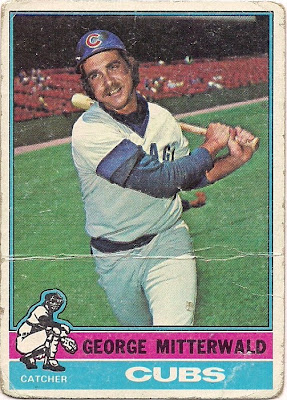 Phew. I was getting a little concerned after I didn't see a lot of creasing on the last few cards. This is a great one. The card practically flaps by itself if you pick it up by one corner. 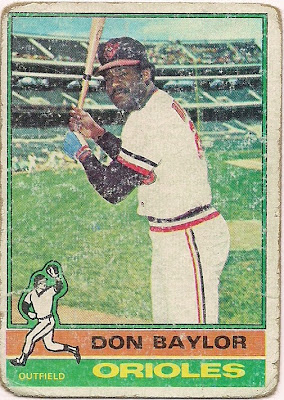 Wow. John Curtis, I take it back. We have a new scuff king. Where is Don Baylor? I can barely SEE him. Terrific. 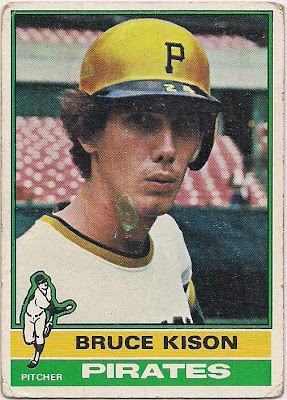 Last card. And it's a special one. Look at that green blotch on his jaw. I think a kid might have rested their lime lollipop on the card!!! What luck! That raises the value infinitely!

I know I'm talking a lot about money after opening this pack, but I don't think I'll be selling any of these. They're too special. What finds!!!!

And nothing you can find in Walmart or Target.

It doesn't have to be new to be fun.

OK, I didn't really find a pack on the side of the road. These are all cards that I first opened in 1976 that I've kept around all these years.

And, yeah, I do still go for the new stuff. I found me a new pack in the usual spot, on a shelf in Target. 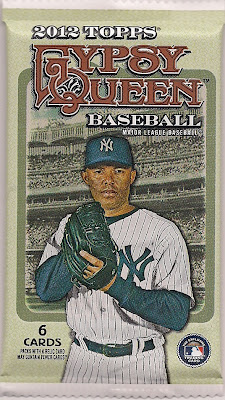 It probably won't be pretty.

Sascards67 said…
How cool is it the the Expos manager was Karl Kuehl.

CaptKirk42 said…
Love it. I bought the story of finding a pack by the side of the road, until you started showing the cards. Of course now-a-days with all the various showy gimmicks that Topps and the other 2 companies use, a pack of shoebox beaters would be a great gimmick. All that was missing from your pack was some side damage from rubber-bands or stuck-on debris from an old rubber-band.
April 23, 2012 at 10:54 AM