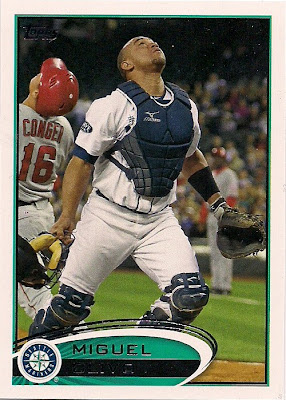 I'm not sure how I missed this card in the discussion of the great photography in the 2012 Topps set. OK, Reed Johnson, Desmond Jennings and Tom Gorzelanny it's not, but it's still pretty good. Feature a little more of Hank Conger -- who seems to like appearing on other people's cards -- and it's better than pretty good.

I received this Miguel Olivo night card from Spiegel of Nomo's Sushi Platter.

Spiegel, who is enjoying the Dodgers' current run as much as I am (Matt Kemp: more powerful than any Yankee), always knows what to send me. 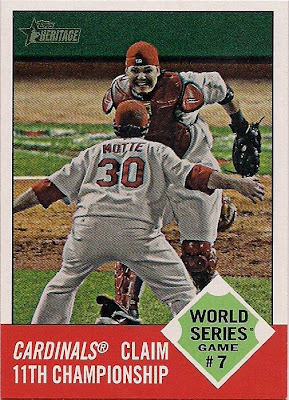 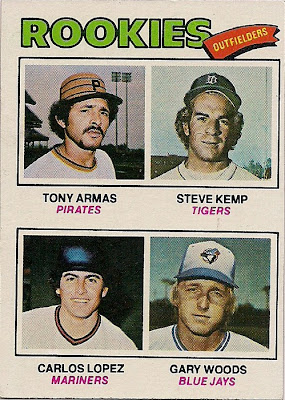 2. 1977 Topps (at one point Steve Kemp was considered a better player than Tony Armas) 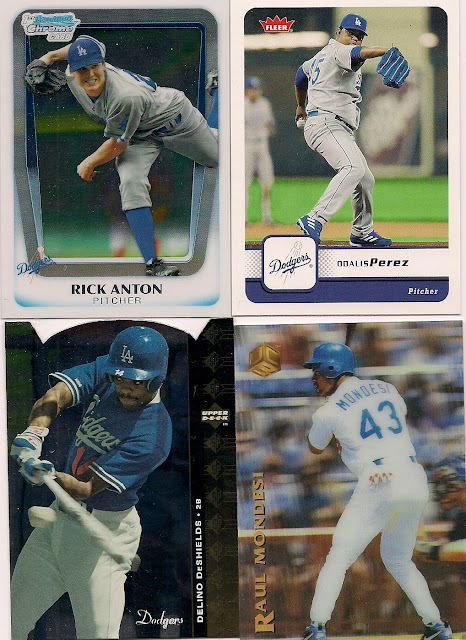 Lately, though, Spiegel has been getting involved in TTM autograph tries and picking up a few extra for me!! Isn't that terrific? 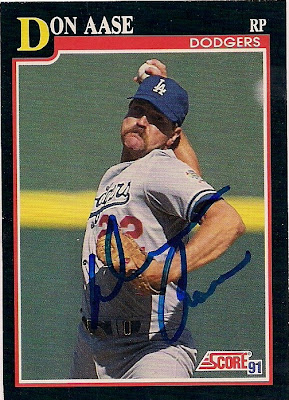 I love that it's not the same-old autograph subjects, too. Everyone needs a Don Aase autograph!

I bought a nice bright blue binder (for Dodger blue, of course) and all the cards are displayed alphabetically. Unfortunately, when someone with a name that is at the very top of the alphabet comes along -- like Mr. Aase here -- then I've got to rearrange everything.

Some of you may quiver in horror at the thought of actually TOUCHING autograph cards and slipping them in and out of pages like some common common. But it doesn't bother me a bit.

Besides, look how great they look displayed in a page: 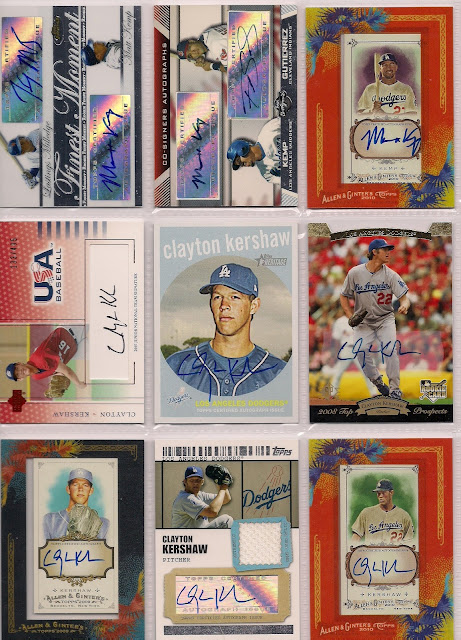 OK, let's move on to some more inferior Dodgers. 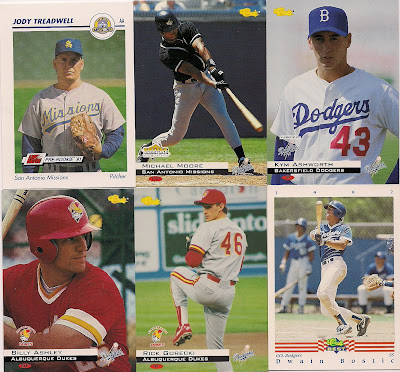 None of these guys amounted to much with the Dodgers. But I love seeing the old Albuquerque Dukes uniform. 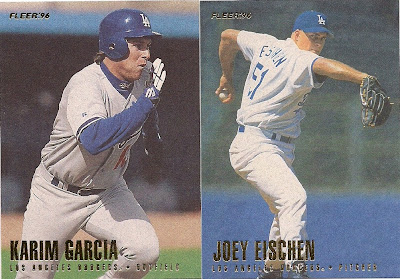 Spiegel is an excellent researcher of want lists. Of the many '96 Fleer Dodgers that I have, these two weren't any of them. 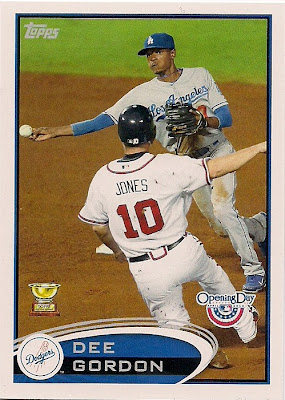 I need to get to work on figuring out which Opening Day Dodgers I still need. Dee Gordon had quite a game last night. 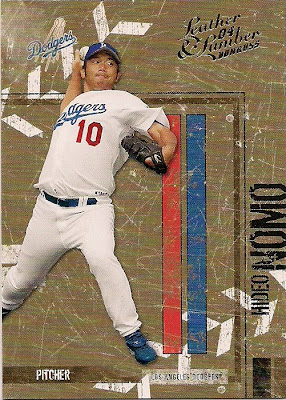 NOMO!!!!! I literally feel excitement when I see a Nomo card that I do not have. Little butterflies and heart skipping a beat and ... good gosh, I'm pathetic. 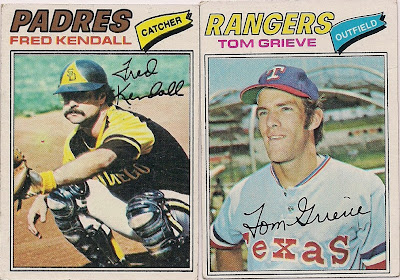 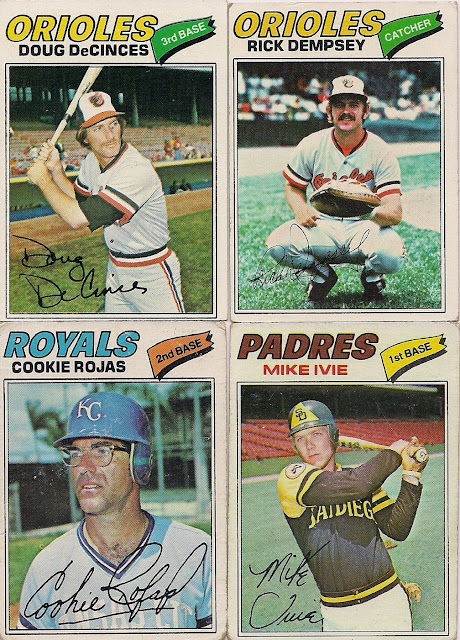 More 1977 greatness. I confess I still haven't gotten around to posting my 1977 Topps want list. I've threatened to do it half a dozen times and still it's not there. I've got a vacation coming up in a couple of weeks. If I don't get it done then, I'll post nothing but manager cards for two weeks straight.

So look for that. 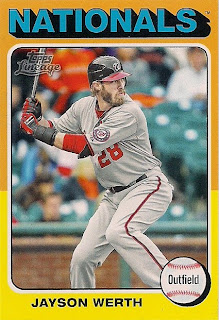 Thanks to this card and another package that you'll see at some point soon, I'm down to 39 cards in my bid to complete the entire Lineage mini set.

I sense another vacation card project on the horizon!

Great job by Spiegel of tailoring the package to my wants. It's actually not too hard to do. I have so many.

Night Card Binder candidate: Miguel Olivo, 2012 Topps, #118
Does it make the binder?: Unfortunately, no. It has to contend with the Mike Norris '81 Donruss card. It can't win that battle.

jacobmrley said…
As you can tell, I fully endorse putting any and all cards into nine-pocket pages. Great stuff.
April 22, 2012 at 3:18 PM

Spiegel83 said…
I love reading your posts about the cards I send you. You seem to enjoy what I send. Glad you enjoy and notice the time I put in to give the Godfather a good bundle.

Also, is Fred Kendall related to Jason Kendall? Tom Grieve and Ben Grieve are related? I had no idea.