Drop that junk over here 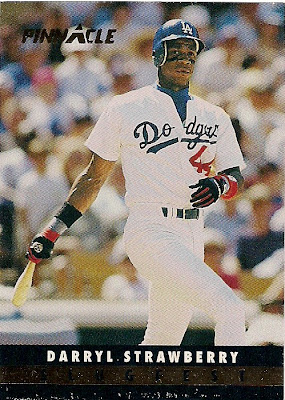 Yes, this is another Cards Acquired Post. Sorry. The thought-provoking stuff takes a lot of time. And, right now, with all the focus on my health, my free time is mainly spent worrying about whether I have the right kind of workout shoes.

But don't worry. I've got some ideas in my head. I've even written some down. Just need to find the time to write them down on the blog.

And, of course, there's scanning. Which has proven to be the most time-consuming exercise in human history.

I spent a little time scanning these cards, which I received from Jaybarker Fan's Junk. He was emptying his card dumpster and he thought "hey, maybe I can get money for my garbage!" And I was one of the guys standing in line to fork over money for his trash.

One Alexander Hamilton and one George Washington later and I had 212 Dodger cards in my possession. Not bad for 11 bucks.

Of course, I had a lot of them already. There were just 38 that I needed. But that's still pretty good for a guy with over 11,000 Dodger cards.

I thought I would highlight my favorite dozen out of the cards that I needed.

This is an ode to the '90s, for the most part, so put on your flannel: 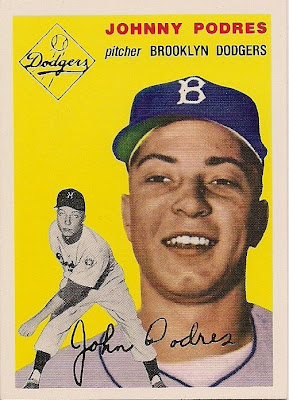 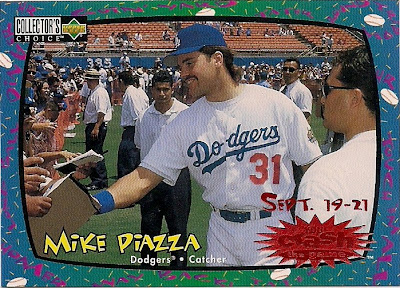 Piazza is surrounded by what appears to be five bodyguards (well four, and some dude in a wacky hat). What likely is a pleasant autograph session appears more intimidating than anything. 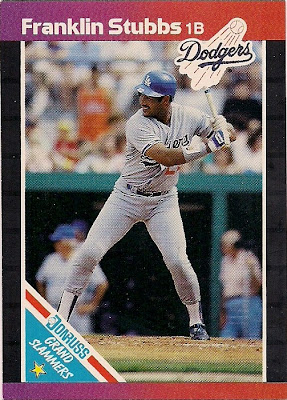 Oh, and Stubbs is proof that you don't need a big-hitting first baseman to win a World Series. Stubbs, as you know, was on that 1988 Dodger team and hit like .220. 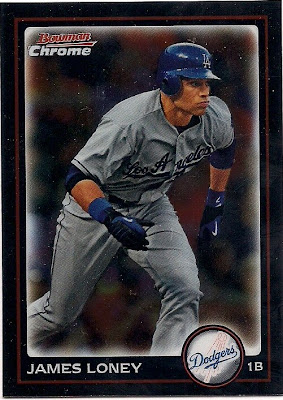 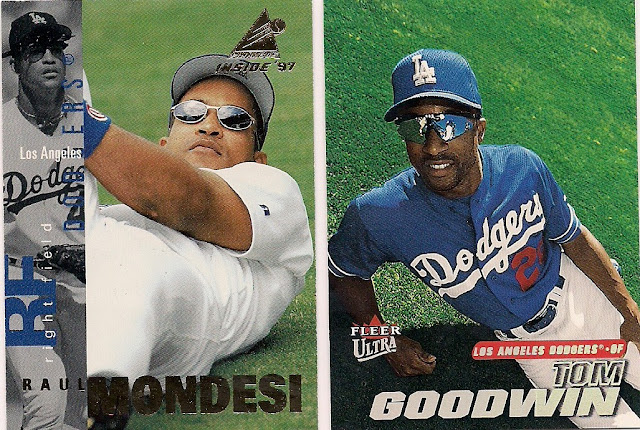 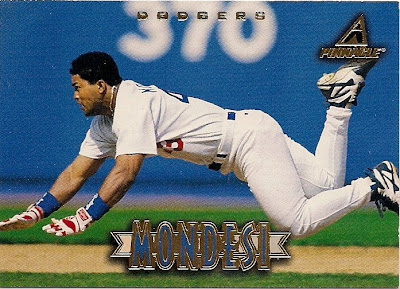 Mondesi has so many interesting-looking cards that it really makes you remember what an exciting player he was back in his prime. He wasn't my favorite player for nothing. 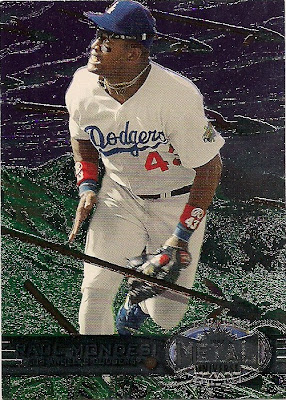 I'm certain that I have this card, but I can't find it in my binders (probably hiding out in the dreaded dupes box). And it's too great not to show if I really don't have it.

But just in case I do have it: 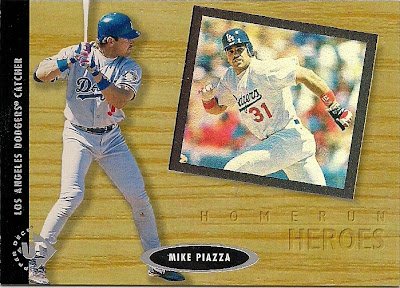 There's another Piazza insert card for you. Looks like Piazza's going to take a whack at his own picture. 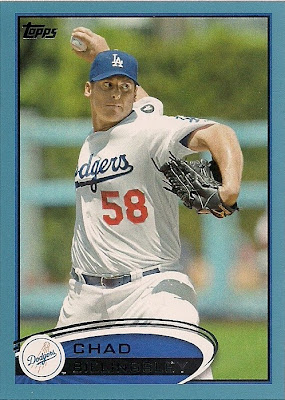 Stepping out of the '90s again for a current card of today's Dodger starter. Taking on the unpleasant Brewers tonight. 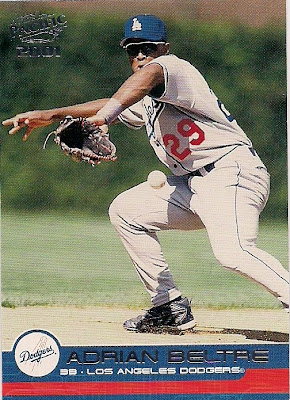 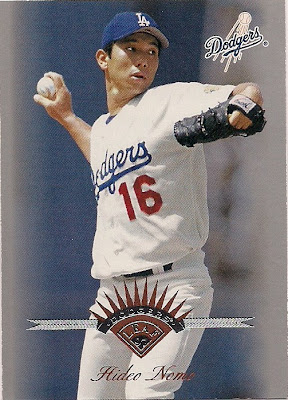 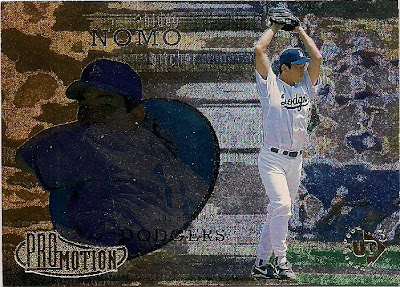 Every Nomo card that I get that crosses off a want is a delight. 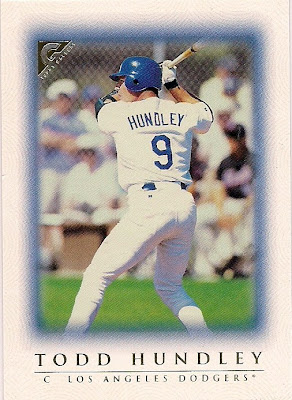 OK, so there's more than a dozen cards here. I don't feel like sticking to a set amount today.

1999 Gallery is a lot more classy than the other Gallery sets. I like it a lot. 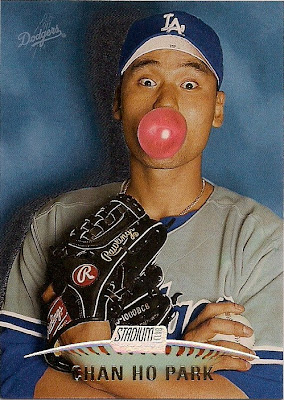 Thanks a lot, Wes, for cleaning out your Dodgers and sending them off to me.

This is junk I can USE.

I'm group breaking two boxes of Gypsy Queen and the Dodgers are still available for only $25.

Spiegel83 said…
Rauuuul! Mondesi was fun to watch in the 90s and he was a baseball card superstar.

CaptKirk42 said…
"And, of course, there's scanning. Which has proven to be the most time-consuming exercise in human history."

I hear you brother. OY that is the biggest delay in my posting, next to my major procrastination skills.
April 18, 2012 at 10:29 AM