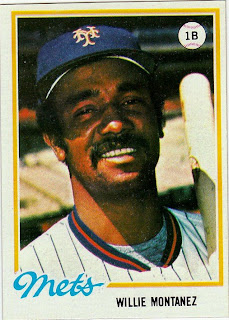 I believe I've officially arrived as a card blogger. I say that not because I received four separate card packages in the mail today (although that is way beyond awesome), but because those four packages mean that I am now majorly behind in returning cards to folks, and I've come to the realization that that is the way it's going to be from this point.

I'm also about to get behind on my emails because after tomorrow I probably won't be near a computer for a few days. But we could all use a little break from cards anyway, right? Riiiiiiiiiiiigggghht? Stop looking at me that way.

Anyway, on to the post topic: I quite enjoy playing all the guessing games that are on everyone's blogs, even though I'm not very good at most of them ("Is This Anything?" stumps me every time, and I'm finding I'm not great at "Spot the Sig" either). But I've done OK at JayBee's "If This Is His Topps Card, What Is This?" on the Topps Baseball Card Blog. I did well enough to pick up a five-card 1978 Zest Soap set, which arrived last week.

I've had my eye on that set for a long time, for two reasons. One is it is modeled after the 1978 Topps set, and in those days, variations off the flagship set were relatively rare. Traded sets as we know them, like Updates and Highlights, weren't invented yet. So that fact alone made it cool.

Secondly, this set constantly appears in the Larry Fritsch Cards catalog. Each time I received a catalog, the set intrigued me. The photo used in the catalog to advertise the set is the Montanez photo at the top of this post, which of course catches everyone's attention because Montanez is wearing a Mets uniform and because the photo is completely different from the 1978 Topps issue, which is this: 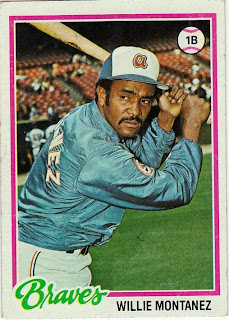 The second intriguing point is how little the set costs. I can't afford three-quarters of what I see in the Fritsch catalog, but I certainly could put $15 down on this neat little five-card set with all the variations!

As an added bonus, the cards, which feature Latino players Montanez, Joaquin Andujar, Bert Campaneris, Ed Figueroa and Manny Mota, display Spanish writing on the back. This is the back of the card: 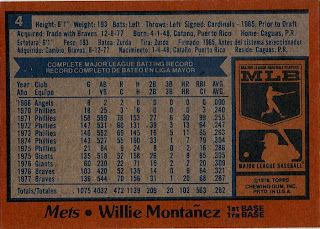 Sadly, no game to play on the back, like at '78 Topps. Awwww.
So, I was excited when I saw JayBee's question and when I found out I was getting a set. But then I read JayBee's answer to the "What Card Is This" question. One sentence stood out. It said: "Montanez' card was the only one that was a variation of his 1978 Topps card."
As my mother would say, "Aw, poo."
I had looked forward for years to a different pose for Manny Mota, rather than his bland, looking-off-in-the-distance shot on the '78 Topps card. Instead, I received the same, familiar poses for the rest of the cards: 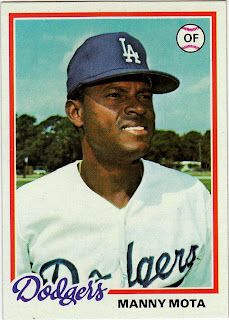 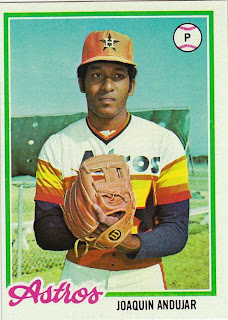 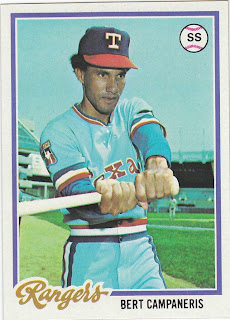 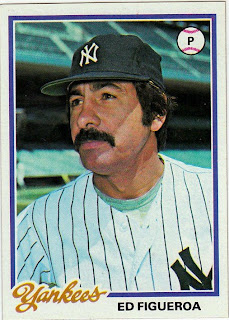 The ad in the Fritsch catalog, of course, didn't mention anything about the rest of the cards featuring the same photos. It just tantalized you with the Montanez card, poised to take your money. They fooled me. But at least they didn't get my 15 bucks.
Still, all of that was initial disappointment. It's very cool that I have the Zest cards, especially the Montanez card. Now, I've got to work on some of those Burger King sets from the late '70s/early '80s.
Thanks, JayBee!

dayf said…
Congrats, you're hopelessly behind in sending out stuff! You've reached the big time! With a little hard work and determination, you too one day can completely forget who you owe stuff to, just like me! (I don't owe you anything do I?)
November 24, 2008 at 10:36 PM

Andy said…
That's neat. I'd definitely like to steal your scans (with attribution of course) to post on 78 Topps Cards for completeness sake. Is that OK?