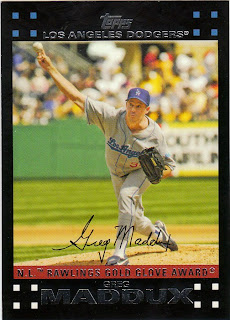 Goodbye politics, hello hot stove! And before we get to the signings and trades, we have a few awards to hand out. I love this time of year!

Greg Maddux received his record 18th Gold Glove Award on Wednesday. Unless Joe Torre lands NL Manager of the Year honors, I think Maddux is as close to an award that any Dodger is going to get this year.

I'm fairly certain that Maddux is actually retiring, even though that would mean I believe something Scott Boras said. Maddux has kind of dragged out his career a year too long, and I don't think he wants another season of going 8-13. He's not a lot of help to any team's pitching staff anymore -- not as a starter anyway -- except in terms of lending advice to younger pitchers.

With the disappearance of Maddux, not to mention Derek Lowe and Brad Penny, L.A.'s joined the crowd of teams looking for starting pitching. The Dodgers will certainly sign someone or make a trade because they can't survive on a staff of Billingsley and four question marks (Hiroki Kuroda, Clayton Kershaw, Jason Schmidt, James McDonald).

I'm semi-confident the Dodgers will end up with: 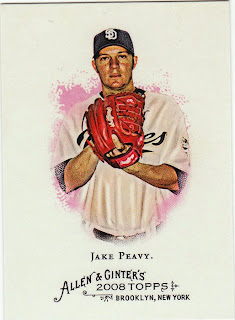 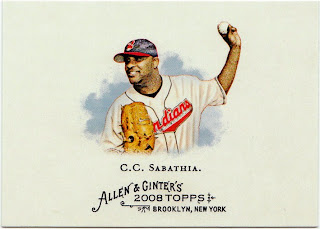 They probably have a better shot at Carston Charles than Peavy because: 1) I think the Braves are Peavy's top choice, and 2) CC is a California boy.

It'd be great to have either one in Dodger blue. Let's hope that Colletti doesn't get outsmarted and end up without any of them. Because then he might go and do something stupid and get this guy: 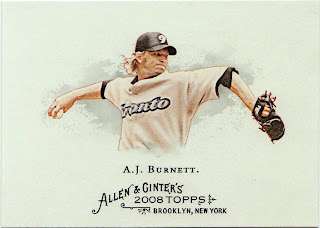 Let the Yankees throw their money at this train wreck-in-waiting. Look the other way, L.A.