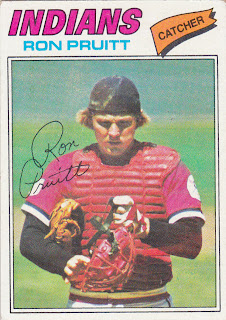 I don't know about you, but by the time I was 11 or 12, I thought I had everything figured out. I knew how the world operated and how I fit into it.

I knew the routine. Get up in the morning, go to school, return home, play baseball with my buds, do a little homework, goof off, and go to sleep. In between there were other constants. Frankenberry and Count Chocula. Happy Days. Kiner's Corner. They were always there.

So it was with card backs. 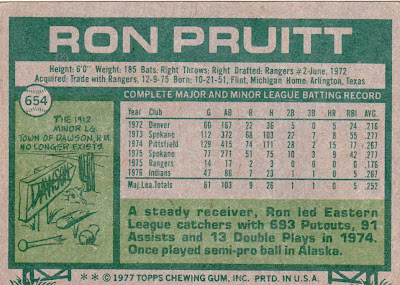 For the longest time, this is what I thought was the ultimate template for a card back. The 1977 Topps set was the standard. Any deviation from this formula was to be treated with suspicion.

Of course, looking back at it now, the '77 card back isn't much to see. Most of the 1970s card backs were drab and dark. The '77 back is a little difficult to read. But when I think of the cards I collected as a child and the backs of those cards, the '77 back is the one that springs to mind first. In my mind, that is what a card back should look like. 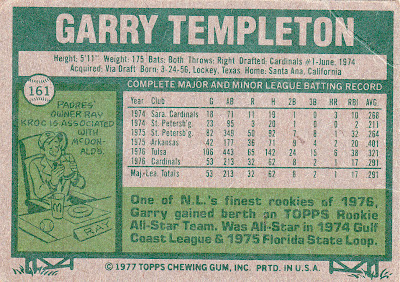 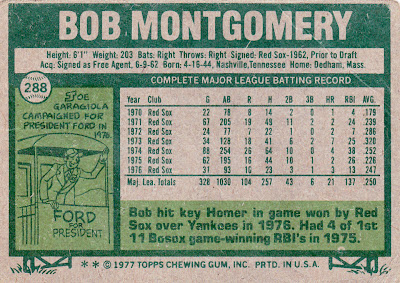 Nice of Topps to point out Garagiola's failed efforts in the presidential race. 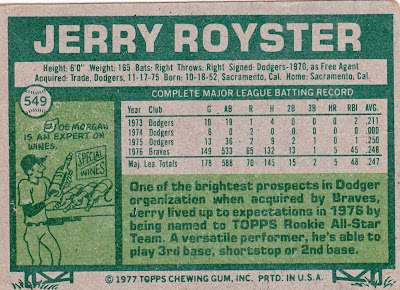 "Joe Morgan is an expert on wines." Morgan? An expert? He told you that, didn't he?

As time went on, I found out I didn't know anything at all. The world was an ever-changing place, and that included card backs. They weren't always green and they didn't even always have a cartoon. But the '77 set gave me a starting point, something that I could match up with other card backs.

It was also the starting point for a few other things.

One thing that a boy verging on puberty noticed with these '77 card backs is how many lovely young ladies made an appearance in these cartoons. 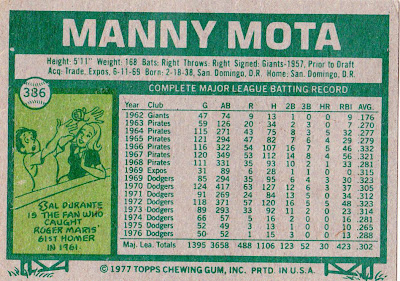 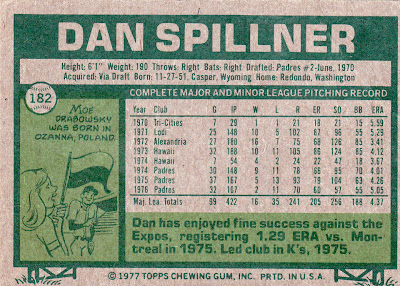 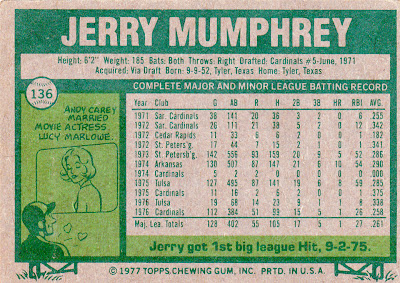 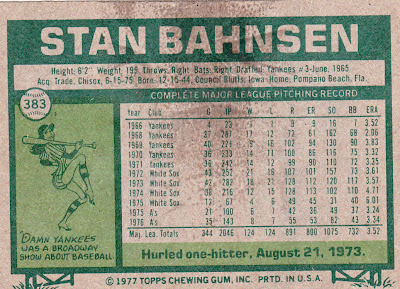 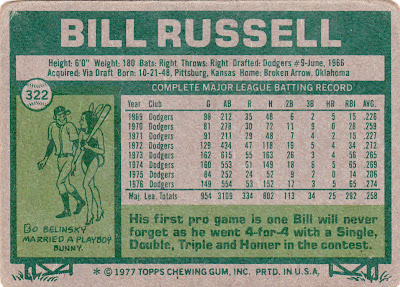 Perhaps the card below was an attempt to balance things out at least a little: 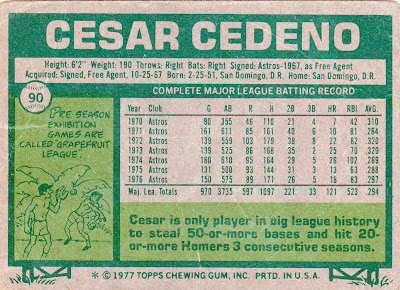 As you can see, I studied the backs of the 1977 set intensely, perhaps more intensely than any other set.

This was the card set in which I first fully appreciated the card back. That's the main reason why it is where it is on this countdown. 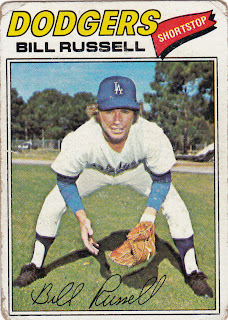 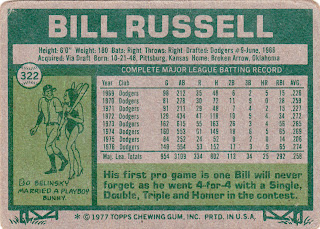 Really, was there any doubt?