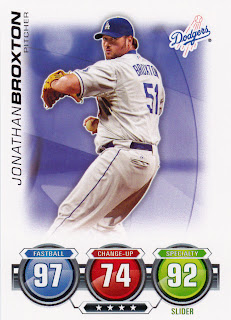 I was feeling a little down after a post I read here. I haven't really noticed a decline in posting across the blogobingo. In fact, I still can't keep up with all the new card blogs. But the post did remind me that I have noticed a general decline in readers.

Most concerning, for me, is the lack of /major decline in activity on some of the blogs that were most prominent during that fall of 2008 when I first discovered the wonderful concoction of blogs and cards. I miss those guys. I wish they would come back.

The realistic side of me knows that life intrudes or interests change, and that there are plenty of other blogs out there that have filled in the gaps. But the nostalgic part of me, which is growing larger by the day, wants it to be 24 months ago when everything was new and exciting and damn interesting.

So, I was wallowing in that pathetic, sickening puddle of self-pity this afternoon when I noticed a package jutting from the mailbox. After tending to my usual mundanities, I grabbed the mail and was thrilled to see "a Royal Mail" stamp stuck to the envelope.

Royal Mail! Overseas mail! Mail from the United Kingdom! Jackplumstead was back! John was back!

The timing was perfect. It was like October of '08 all over again!

Normally, I try to post my trades in order, but because John could pull me out of a pitiful state after only a few hours, he gets to step all the way to the head of the line. 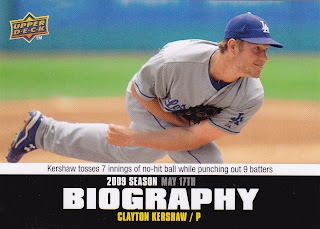 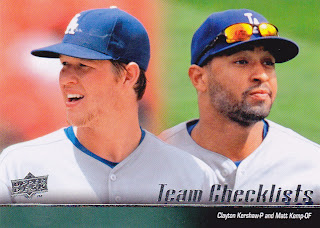 This helped his cause, too. These are the 100th and 101st Clayton Kershaw cards in my collection. As a Kershaw collector, it's imperative that I reach triple figures. 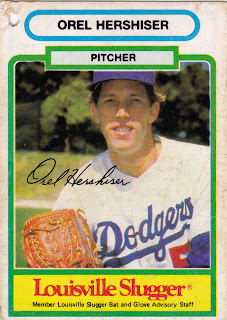 You must admire the someone who removed the sales tag off of a glove, kept it for about 20 years, and declared that, yes, this is definitely not a (*scoff*) tag. It is a CARD. And so it be. Welcome to the card collection, Louisville Slugger Orel. 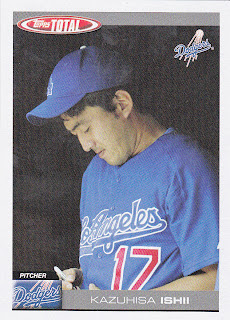 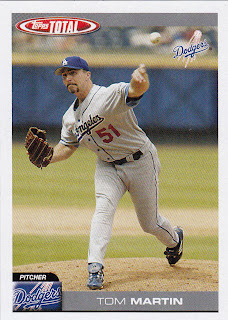 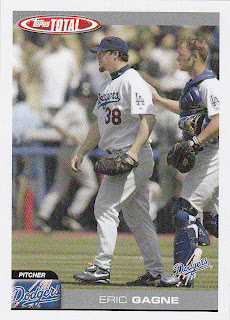 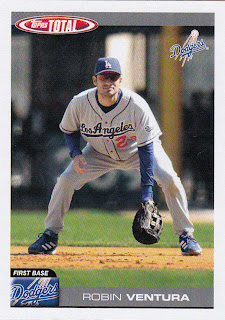 Somehow, John was aware that I am desperate for 2004 Total Dodgers. We go way back, so I guess he should know. 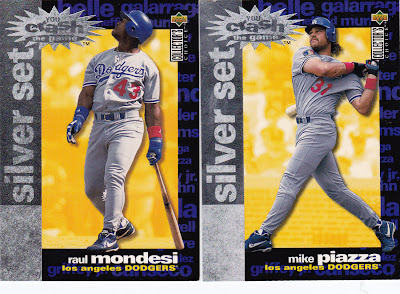 I am currently going through my 1990s Dodgers, which explains yesterday's post. Cards like this -- I don't know how many variations of these cards there are -- demonstrate just how desperate card companies were after the strike. 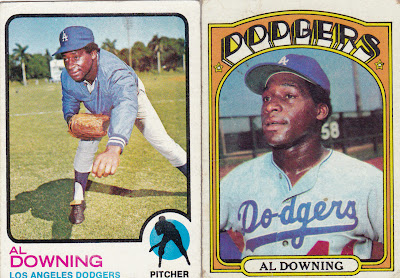 John must've stumbled onto an Al Downing collection -- probably a Hank Aaron fan. I'm not going to argue with Al Downing cards, even if they remind me I missed my chance to talk to him at a card show a couple of years ago. 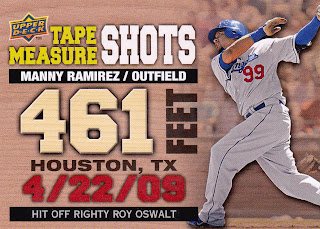 Feels so good to knock this card off the want list. Now that Manny isn't a Dodger, I'm on an enormous streak of Manny card luck.

All right, I feel better now. I promise not to whine about 2008 or dead blogs or other stupid stuff anymore.

But it's still cool to receive cards from England.

I've been saving a few Jacobys all along for you, John. Thanks for the cheering up.

Scott Crawford said…
Being a guy who's been around but mostly quiet since the earlier days of Ben Henry's site, I can tell you that I do miss when Ben posted more often, but last I heard, he had some stuff on his plate, so it's understandable that he isn't. Life happens to people, as you said.

As for the community shrinking, it's doing anything but. I don't think overall readership's shrinking either, but it's definitely got to be fragmenting, with new sites popping up every day. Things probably aren't as tightly-knit as they were, because everyones' attention is being pulled in a million directions. The holidays have everyone struggling to get stuff done, too, as evidenced by all the "sorry I'm taking so long to send out trade stuff" comments in peoples' recent posts.

I have to say that, even being new to the party and having probably missed some good times, stuff's been pretty great in my neck of the woods even on slow traffic days. Once people got wind of me, I got flooded with trade offers and trade opportunities that I'm just now getting out from under. People have just shown up and commented, linked to me, it's been cool. Most fun I've had writing anything in I don't know how long, and while I'm still relatively young, I've been writing a while.

Play at the Plate said…
The guy that wrote that blog post about the State O' the Sphere is a real jerk anyway.

Mark Aubrey said…
Good cards. Makes one want to be a fly on the wall and follow their paths from the printer to the UK and back.

I could swear that you've featured that Louisville Slugger tag/card before, but I can't find it on your site.

You're probably thinking of this card:

Mark Aubrey said…
Greg, as usual, you are correct.