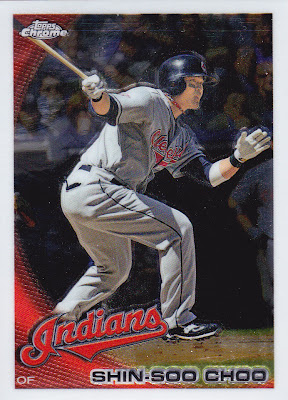 After opening my gifts yesterday, it suddenly came to me. The reason I don't receive the exact cards that I want on Christmas is because I don't set a good enough example.

I've trained my immediate family members (some of them anyway) well enough that I do receive some card items. I always get pages. I usually get a binder or two. I am now receiving random packs, which was unheard of a couple of years ago.

But no one is buying me a 1962 Don Drysdale or sending me into shock by producing a dual-autograph, triple-swatch card of Duke Snider and Matt Kemp, like I see other lucky bloggers receive from their loved ones. And that's because my loved ones don't see me buy those cards for myself.

The only times they see me buy cards is when I'm with them in the retail store and I pick up some packs. They don't see me shop on COMC in the middle of the night or hover over the dealer's table at a card show. They see me buying packs of Topps Chrome in Target.

If I want to get anything better, then I need to blow some cash online right in front of them or force them into the card show whether THEY LIKE IT OR NOT. Meaning, in order to get what I want, I basically have to torture them.

I think I'll settle for the random packs -- and leave the shopping for what I really want to my own devices.

So, this Christmas, the random packs were all Chrome, because that's what I was interested in during the shopping season. Shiny see, shiny do. I received six packs total. Nothing amazing in any of them, but they were interesting enough to show here.

The first two packs came from my sister-in-law. She wraps like no one else I know. The two packs were individually wrapped in shiny silver paper. They were then placed in a clear, cellophane package decorated with snowflakes, packaged with glittery green grass-type stuff, and tied together with a silver bow. I thought I was opening bars of gold.

Each pack contained a parallel: 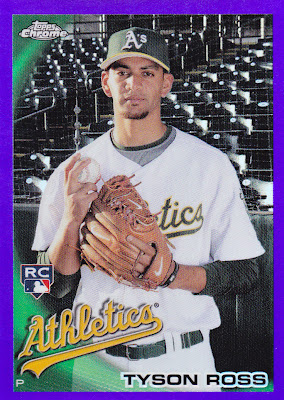 Pack 1: Purple refractor of an Oakland A's pitcher with a 5.00 ERA. 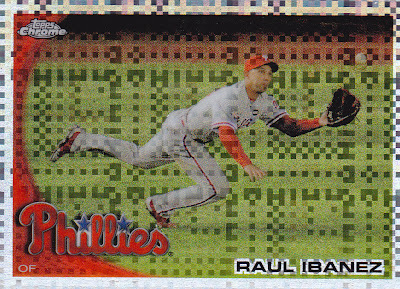 Pack 2: Xrefractor of one of the few Phillies who doesn't know how to pitch.

The other four packs came from my wife. They were much more conventionally wrapped. My wife has the decorating gene, like her sister, but she doesn't have time for the fanfare.

(Also, my wife bought me the first Dodger cap that I will wear since I was a teenager. I don't know why it's taken me so long to get a decent Dodger cap, but the ratty Sabres cap can take a breather now).

The first three packs featured a parallel. The fourth one didn't, but it was the most interesting. 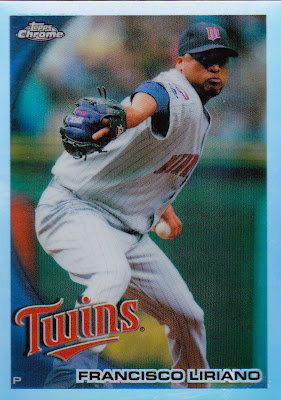 Pack 1: Refractor of the comeback kid. 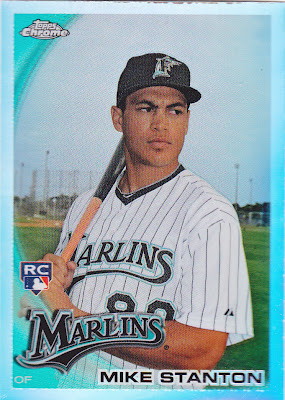 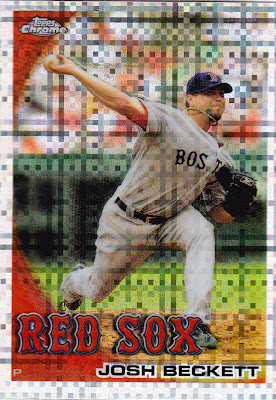 Pack 3: Xrefractor of one of the baddest men on the mound -- sometimes. 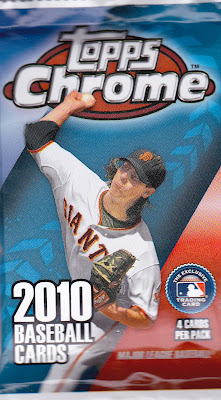 Then came Pack 4. You can't tell from the scan, but the pack was noticeably thicker than the other packs. My wife is definitely not a pack-searcher, so this was pure luck. Also, I was perplexed, because chrome doesn't contain any hits that could be considered thicker than your average chrome card.

I eagerly tore in. But before I show the cards, please note what it says on the front of the package. Four cards per pack. 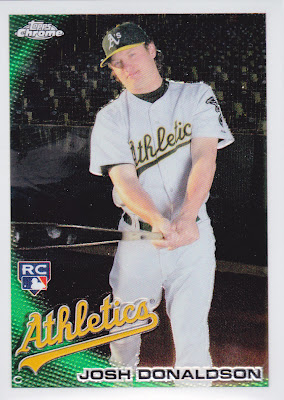 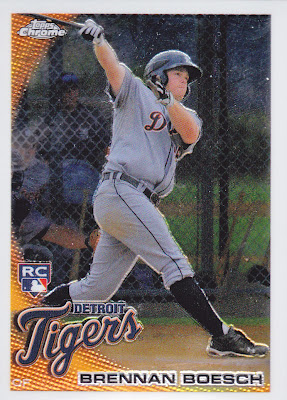 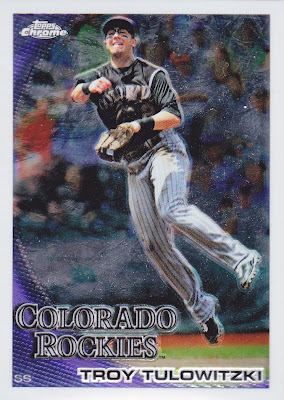 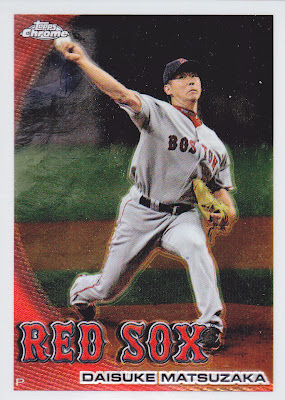 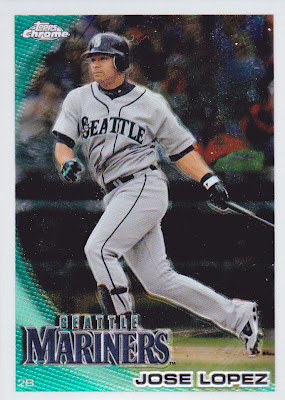 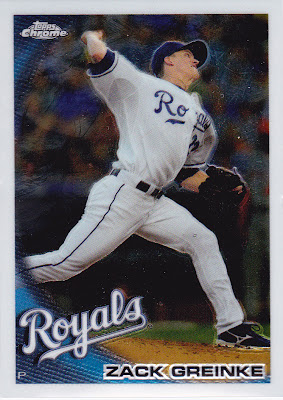 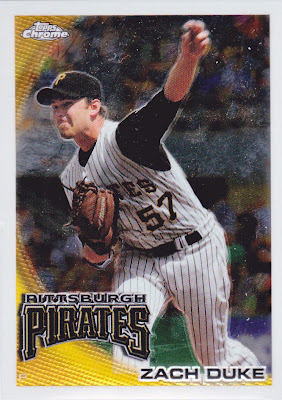 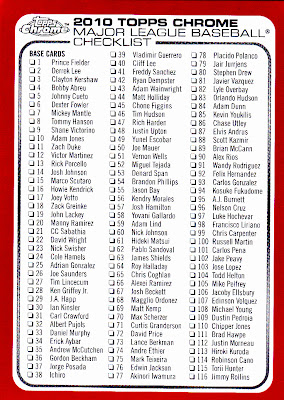 And, what the hell, let's throw in a checklist, too.

Why seven (or eight) cards in one pack that says "four" on the front?

No idea. A Christmas miracle?

Overall, not a bad Christmas, card-wise, but not a great one either.

Tomorrow, you'll get to see what a couple of card collectors got me for Christmas.

Yes, it's better. No, I don't love them more than my wife or sister-in-law.

Sorry, the sisters are a lot prettier.