Minis morph into much more 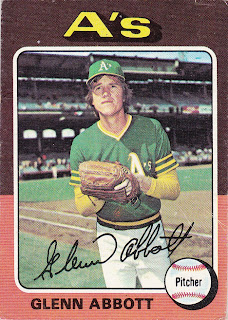 When I was executing my big card purchase a couple of weeks ago, I actually wrote out a plan of attack, much like I do at a card show. Normally, I don't do that for shopping online -- which gets me into trouble periodically. But I just have this attitude about online shopping. I want it to be just like how I shop in stores -- go, get item, pay, leave. Unfortunately, with the online route, there's too much oh-let-me-compare-this-with-that-and-how-much-is-that-and-what-about-this-and-oh-there's-something-about-this-here-and-if-I-combine-this-with-AHHHAAAHHHH-STOP IT!!

But I made my list anyway and it worked out fairly well.

One item right up there with my card goals for the year are 1975 Topps minis. But I left it off this shopping list. That's because so many good people have said they think they have some minis to send me. I'm not going to order minis and then wait for dupes to arrive in the mailbox. I'll just wait until my collecting buddies ship something and then I'll get to work on filling in blanks.

Some of the minis have started to arrive. The first one was from Paul at Wrigley Wax. He had the one card of Glenn Abbott, future expansion Mariner. I gratefully accepted and now #591 has been scribbled off the list.

The next group of minis came from Paul at Phungo headquarters. 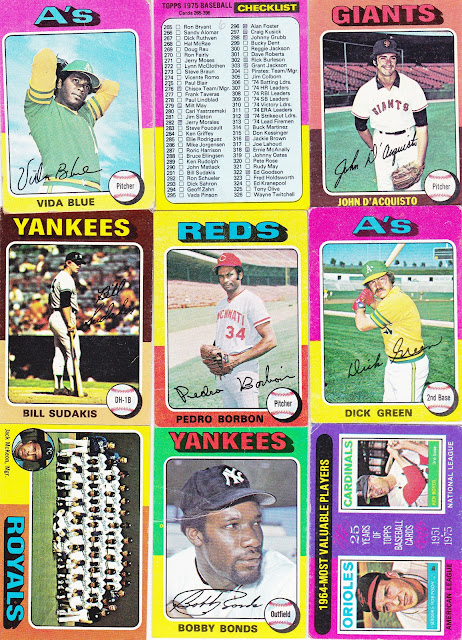 A few have creases and markings, but all of them are just right for my mini collection. I'm not anywhere close to upgrading mode with this set. The John D'Acquisto -- even though he's a Giant -- is especially appreciated as his regular-sized card is one of the cards that I pulled from the first packs I ever purchased. Those minis get top priority.

But Phungo's package, of course, contained much more than minis. It's that time of year for Phungo cards, which always beat Topps to store shelves. Let's see what I got in my pack: 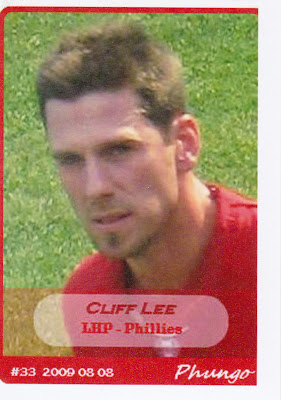 I like the design this year. Here is a very '70s/'80s-type card photo of Cliff Lee. Smart move taking a picture without his cap. The guy sure moves around a lot. 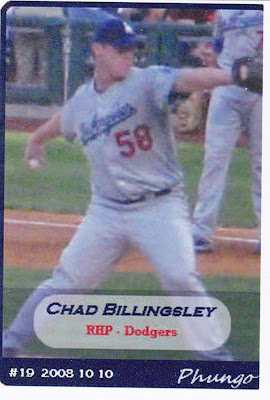 The scanner cut off the left edge of Billingsley here. The Dodgers really need Bills this season, because I don't like the looks of their rotation. 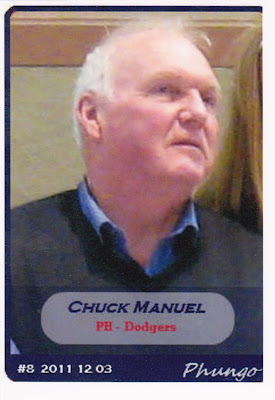 Oh, dear, is this what the Dodgers have become? Using 68-year-old pinch-hitters? Actually, it's nice of Phungo to reference the fact that the Phillies manager was a pinch-hitter with the Dodgers during the mid-1970s. 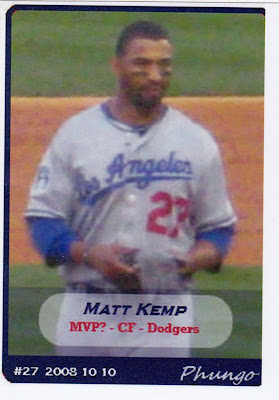 I really like this card, except for the question mark there. I'll have to photoshop that into an exclamation point. 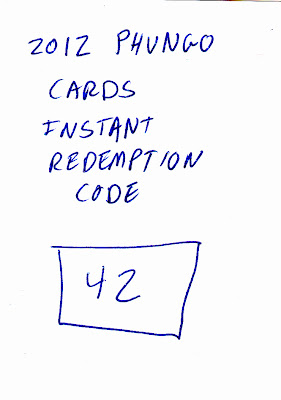 Ooooh! It's instant redemption time! I love these things! Let's see what I got. 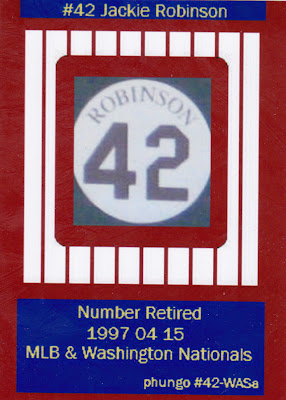 Hey, I've got a retired number Washington Nationals Jackie monument to go with the Phillies' Jackie number I pulled last year! I'll get the whole series yet! 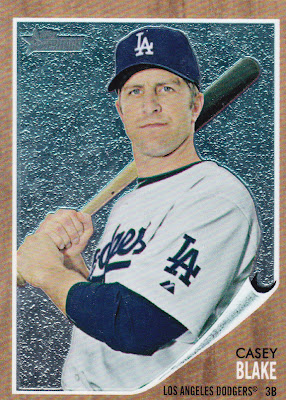 Here comes the traditional cards in the pack. There are so many Heritage variations that I thought I had this card of Blake already. Turns out it's a shiny that I need. Wee for me. 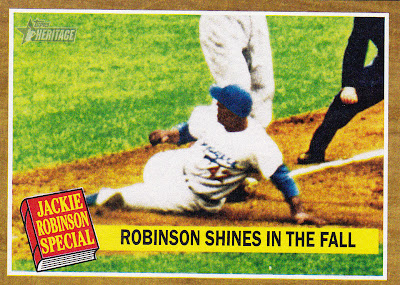 Another awesome card. This is one of the cards from the Heritage short-print Jackie Robinson series. I believe this is my third one. I like this card because Robinson's complete regular season and World Series career stats are on the back. 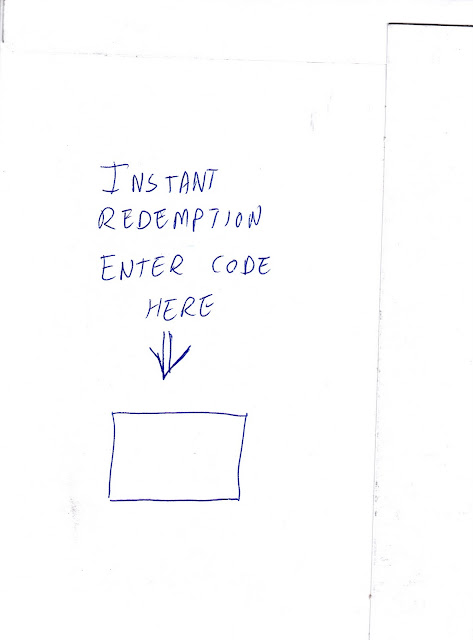 What's this? Another instant redemption code? What number should I use? 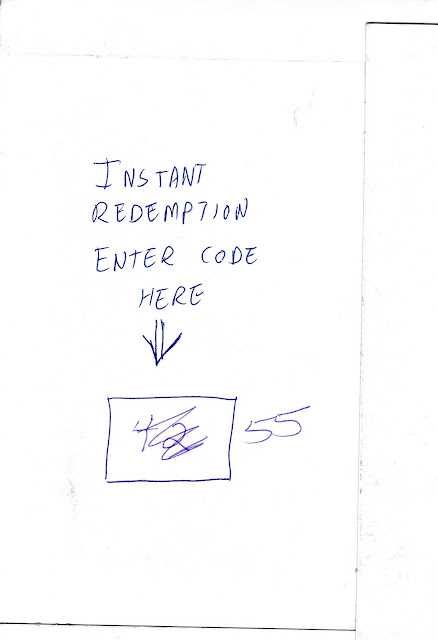 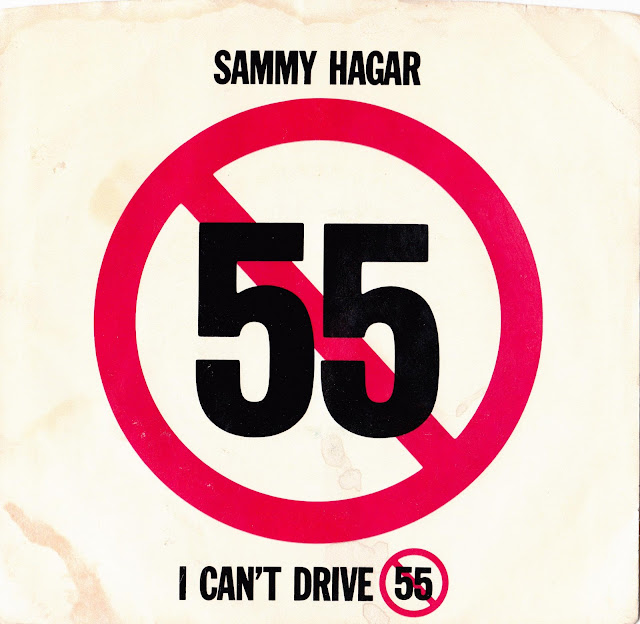 Whoa!!!! It's the sleeve for Sammy Hagar's "I Can't Drive 55"! It looks like it suffered some water damage while trying to avoid the cops. 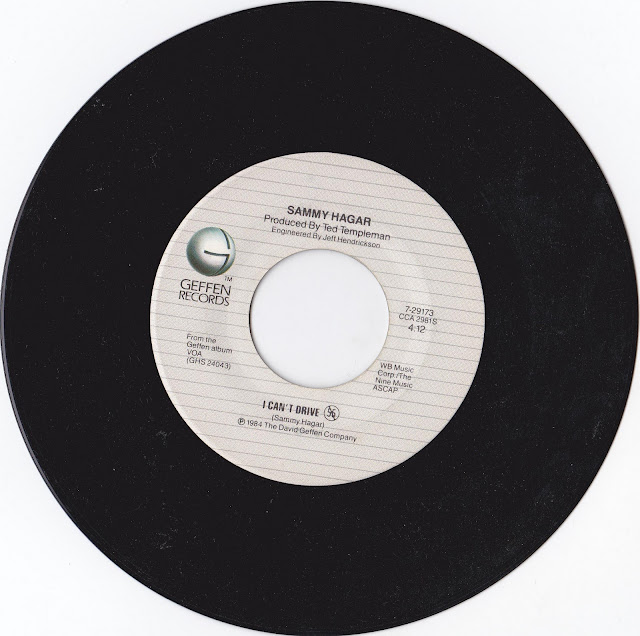 And there's the 45. I still love me some 45s. I now have dupes of this record -- I don't think I've ever had a double of a record before.


Well, that's an unexpected perk of a Phungo pack! But as usual there's more ... 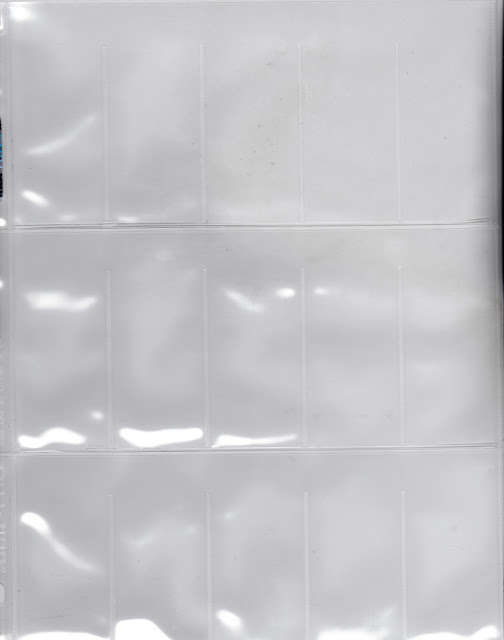 Tobacco-mini card sheets! These will come in handy as I've accumulated a fair amount of A&G minis again this year. Not as many as 2008, but I'll probably surpass 2010 in a few days, and I need a place to store those suckers because I've already dinged up the corners on a couple.

Like with most great packages, Phungo included some newspaper reading material: 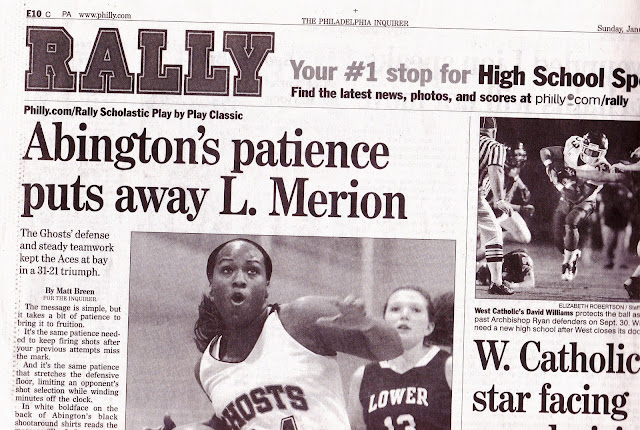 Read your newspaper, kiddies. You don't even have to turn to the sports section first, although I'll look at you weirdly if you don't.


So, that's how a post about minis turned into a post about other kinds of minis/newspapers/rock n' roll from the '80s/homemade cards and cool Heritage cards. Thanks, Phungo!

And now I can make some room on my desk. That package was a space-hogger!

Wrigley Wax said…
I'm happy to help, yet embarrassed that my package was so small. But then, Mrs. WW assures me that package size doesn't matter ;)
January 22, 2012 at 5:51 PM

deal said…
wow - surprised the pkg made it up there already. The Manuel Card is a variation. Someday I will make it to a Dodgers gm and will be able to produce cards w/ pix more recent then 2008.
January 23, 2012 at 11:02 AM